In today’s post I show you a simple recipe for a delicious paprika soup, which is on the table within 35 minutes. The soup insert consists of small meatballs & we will garnish the soup with crispy fried onions and finely chopped parsley. Have fun cooking! 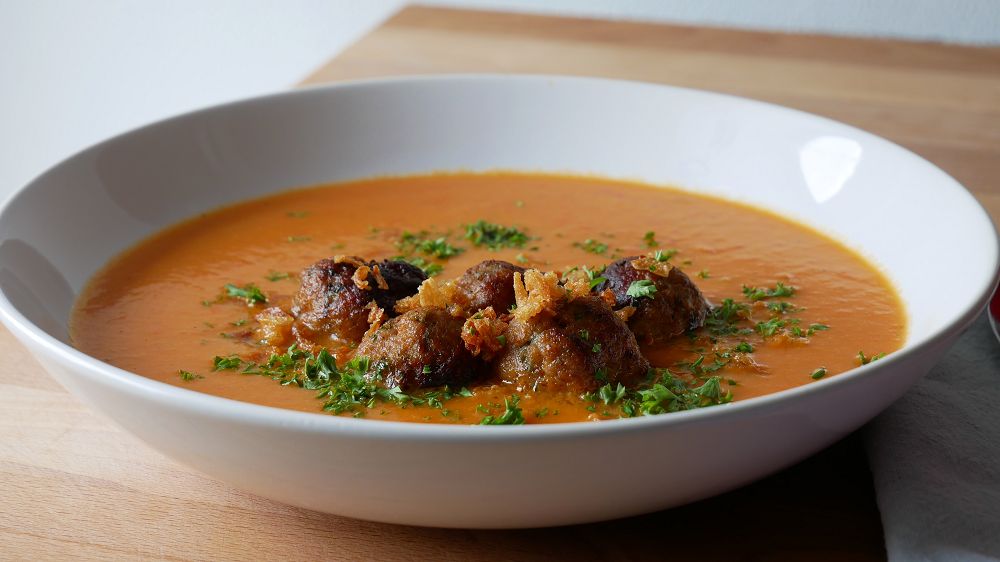 …for the paprika soup:


…for the paprika soup:

Next heat up a large pot adding a good dash of oil & sweat the vegetables for about 5 – 6 minutes over medium heat while stirring occasionally. 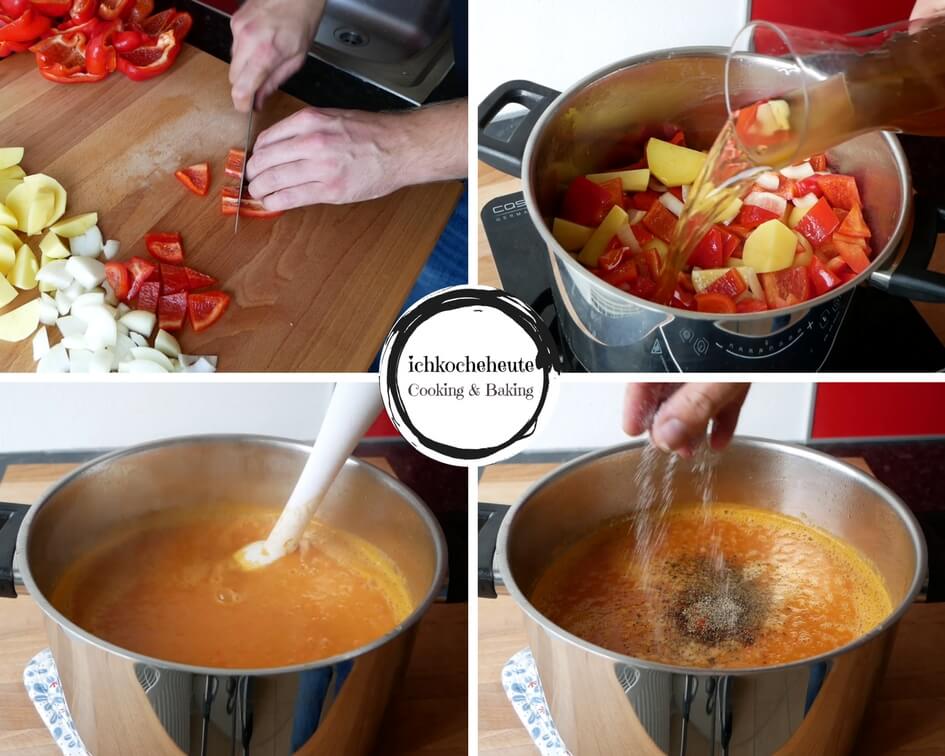 Deglaze the vegetables with about 2 liters of vegetable stock, bring to a boil & allow to simmer without lid for about 20 minutes until the vegetables are soft enough.

Then pull the soup from heat & use a blnder to purree until smooth & fine. Next, add 1 cup of cream, 1 heaping teaspoon paprika powder & season with a generous pinch of salt & pepper. Stir in cream and spices & serve the soup along with the meatballs.

While the soup simmers finely chop ½ bunch of parsley & set aside a bit parsley for garnishing. Then give the remaining parsley along with 500 grams minced meat, 1 egg, 50 grams breadcrumbs, 1 tablespoon mustard, 1 tablespoon ajvar & a good pinch of salt & pepper into a mixing bowl & mix with your hands until all ingredients are well combined. 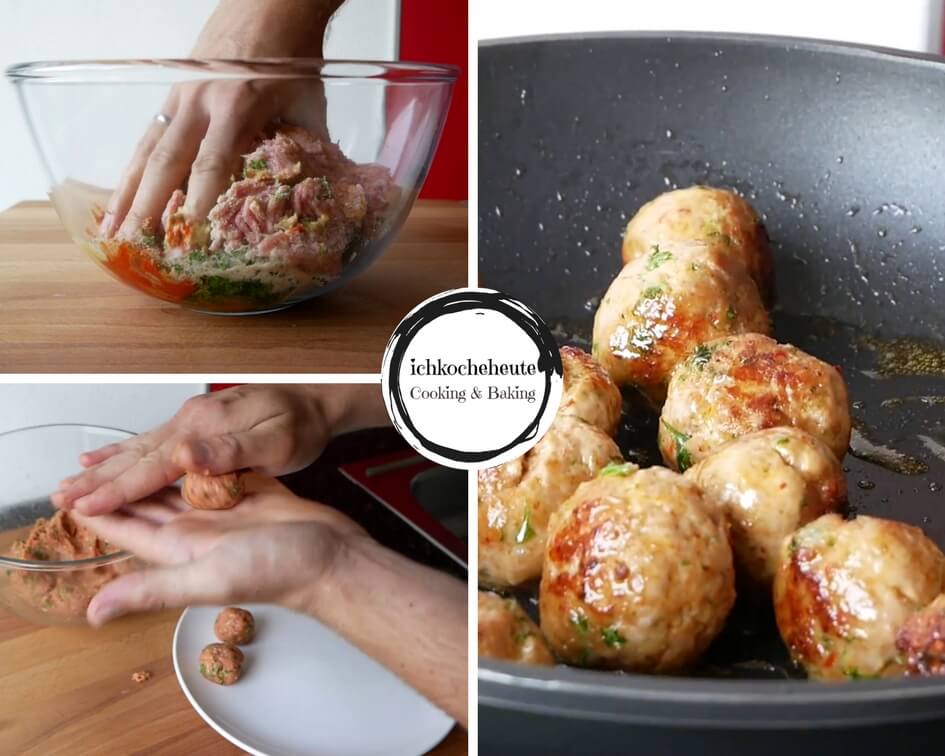 Shape 25 – 30 meatballs from the minced meat mixture, then heat up a large pan adding a dash of oil & gently roast the meatballs over medium heat for about 6 – 7 minutes until brown & crispy, stirring occasionally.


Afterwards serve the soup along with the meatballs & garnish with some fried onions & finely chopped parsley.

I wish you lots of fun cooking 😉