A “cordon bleu” is a veal or pork schnitzel stuffed with cheese and boiled ham.

The schnitzels are gently flattened and then stuffed with cheese and ham, the edges are closed by squeezing. Then the stuffed schnitzels are breaded and fried in a pan until golden brown. I wish you lots of fun cooking 😉 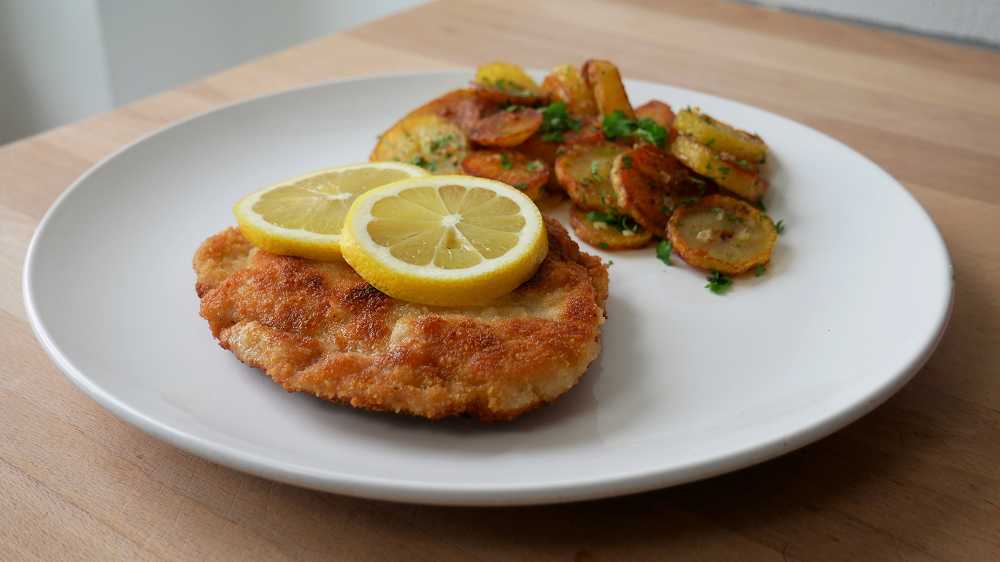 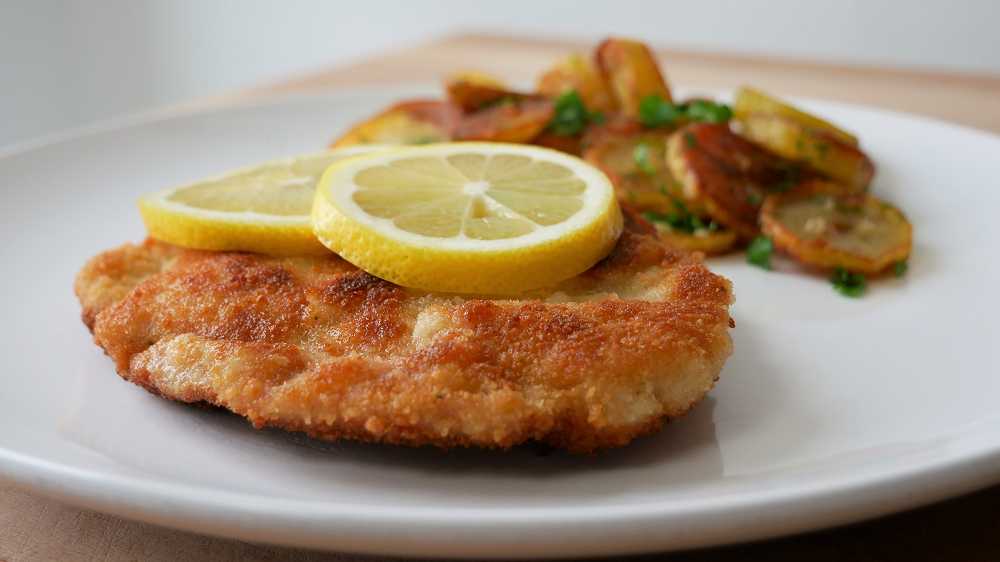 
…preparations for the pork loin:

Use a sharp knife to cut the pork loin into 8 slices of about 1 centimeter. Then wrap each meat slice one by one into 2 sheets of cling film & gently flatten them with a meat tenderizer (alternatively with a small pan) until the meat surface has increased significantly. 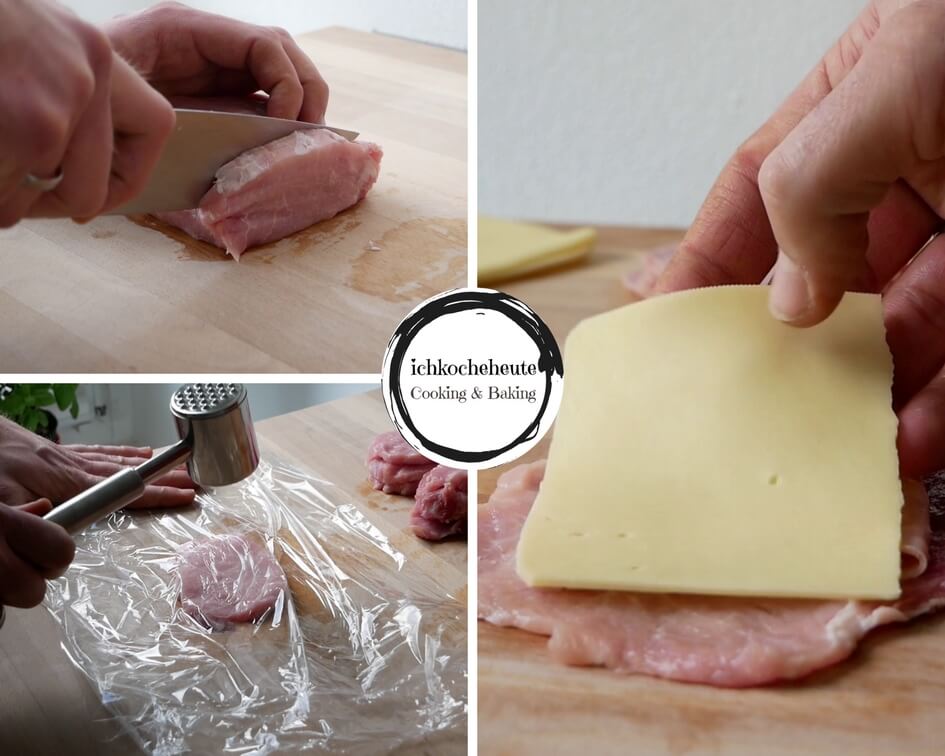 Put up 3 deep plates for the “coating street”, one plate with flour, another with 2 eggs & the last one with breadcrumbs. Season the eggs with salt & pepper & then use an eggbeater or fork to whisk up the eggs.


…for the Pork Loin “Cordon Bleu”:

Top a flattened schnitzel with a slice ham & cheese, then place a second layer of schnitzel over it and squeeze well around the edges, so that cheese and ham are wrapped in well between the two schnitzel pieces. Repeat this for the rest of the ingredients.

Next, turn the stuffed schnitzels in flour first, then pull through the whisked egg & finally turn into breadcrumbs, while gently pressing on the breadcrumbs. 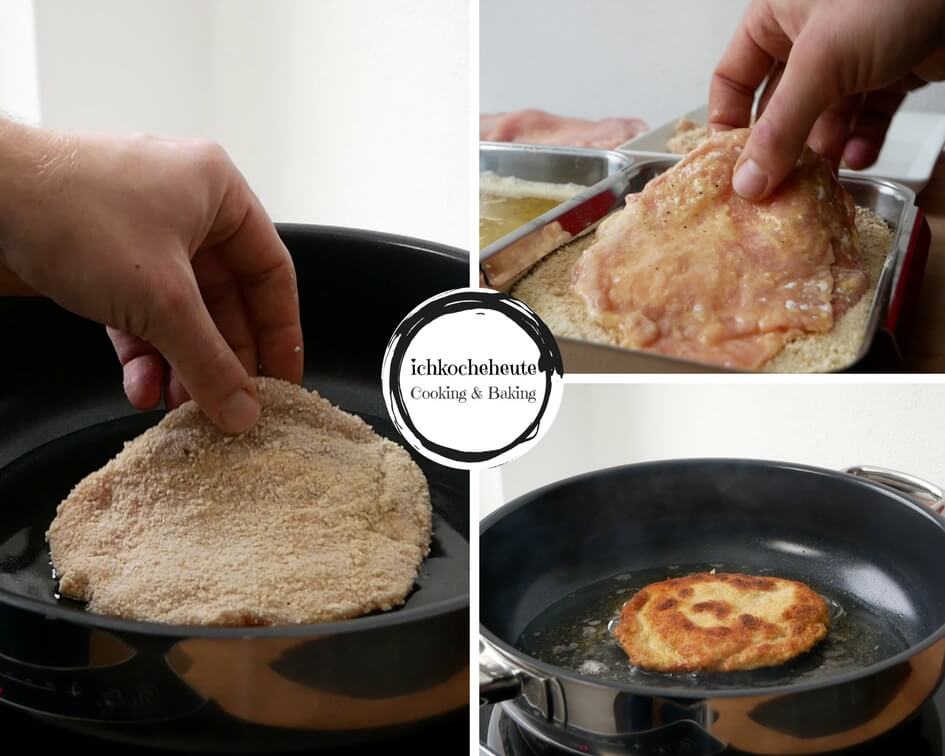 Afterwards heat up a large frying pan adding a good dash oil & once the oil is hot gently roast the schnitzels for about 2 – 3 minutes each side until golden brown. As soon as the bottom side is golden turn the schnitzels once & brown on the other side for another 2 – 3 minutes until done.


Lift the done schnitzels out of the pan & briefly allow to drain on kitchen paper, then arrange on plates & serve garnished with 2 lemon slices & along with for example chip potatoes. I wish you lots of fun cooking 😉