A goulash is a dish of beef and other ingredients, such as onions and peppers, which is widely spread in Central and Eastern Europe.

The meat is sautéed and then softly braised in liquid until a creamy consistency is reached. I wish you lots of fun cooking 😉 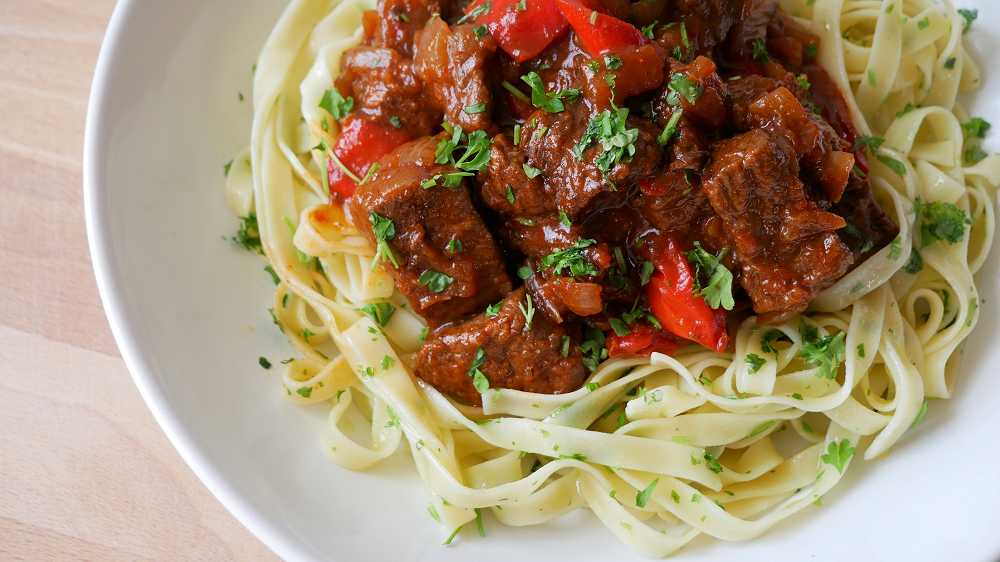 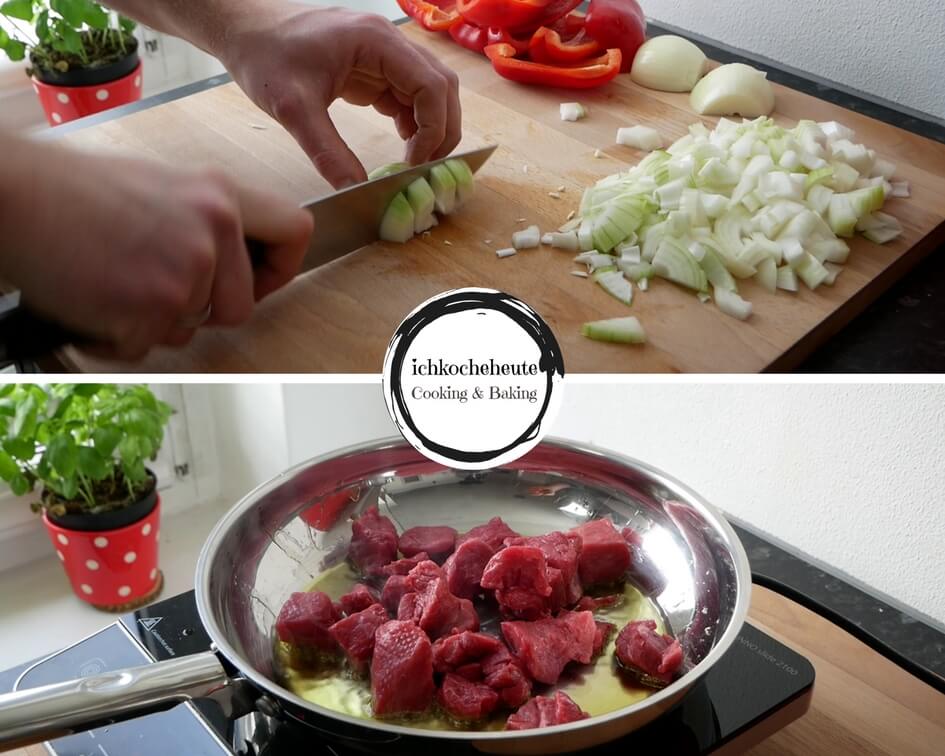 Heat up a large pot or pan adding a bit clarified butter (or oil) & sear the beef in portions for a few minutes until brown on all sides, then lift the meat out of the pan & set aside.


Next, add bell peppers, onions & garlic to the pan & fry for 3 – 4 minutes over medium heat, stirring occasionally. Then stir in 1 heaping tablespoon tomato paste as well as a teaspoon of each paprika powder (noble sweet) & paprika powder (hot) until everything has a slightly tomato glaze & allow to brown for about 1 minute. 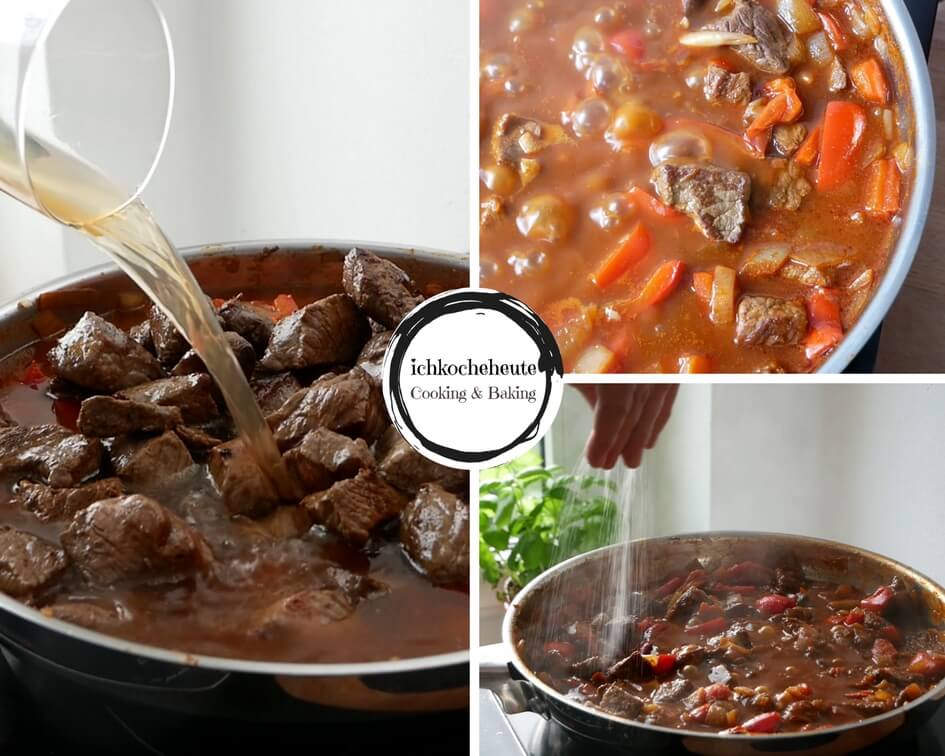 Deglaze the vegetables with 200 milliliters red wine & allow to simmer until the whole wine is boiled down almost completely while stirring from time to time. Afterwards give the beef back to the pan & pour in 750 milliliters vegetable stock, then bring everything to a boil.


Once the goulash starts simmering reduce the heat to low & allow the goulash to gently braise for 2 – 2,5 hours, stirring occasionally. The goulash is done if the meat can be easily divide up with a spoon & the sauce has a creamy consistency.

Pull the goulash from heat & serve along with for example tagliatelle or cooked potatoes. Finally garnish everything with finely chopped parsley. I wish you lots of fun cooking 😉