Bread & rolls are mainly made from flour, water & a leavening (for example yeast). In Germany there are countless bread variations, which also differ regionally. A somewhat unusual variant is, for example, potato rolls.

The addition of potatoes gives the rolls a nice crust and a super juicy interior. Today I’ll show you how to bake tasty potato rolls at home. Have fun baking! 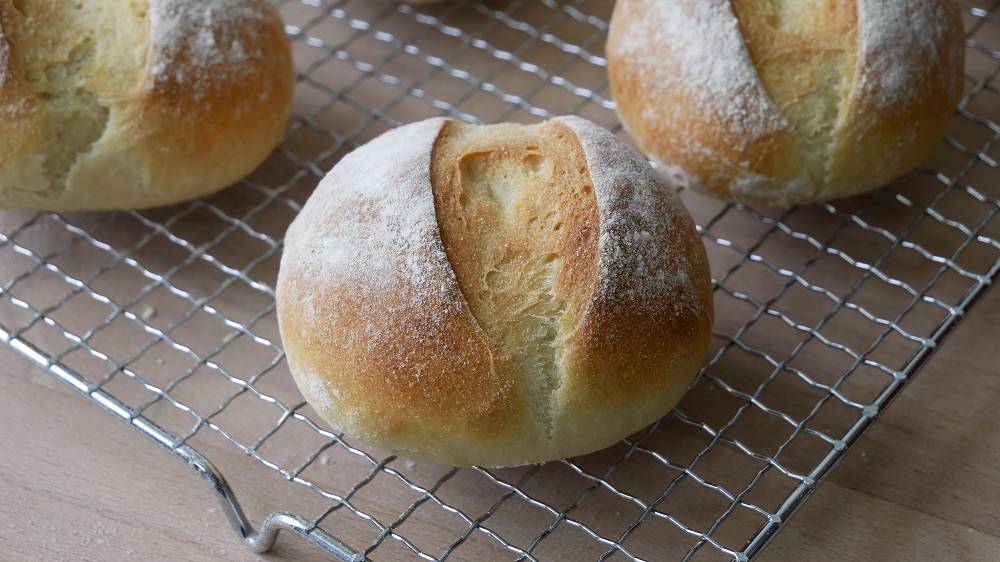 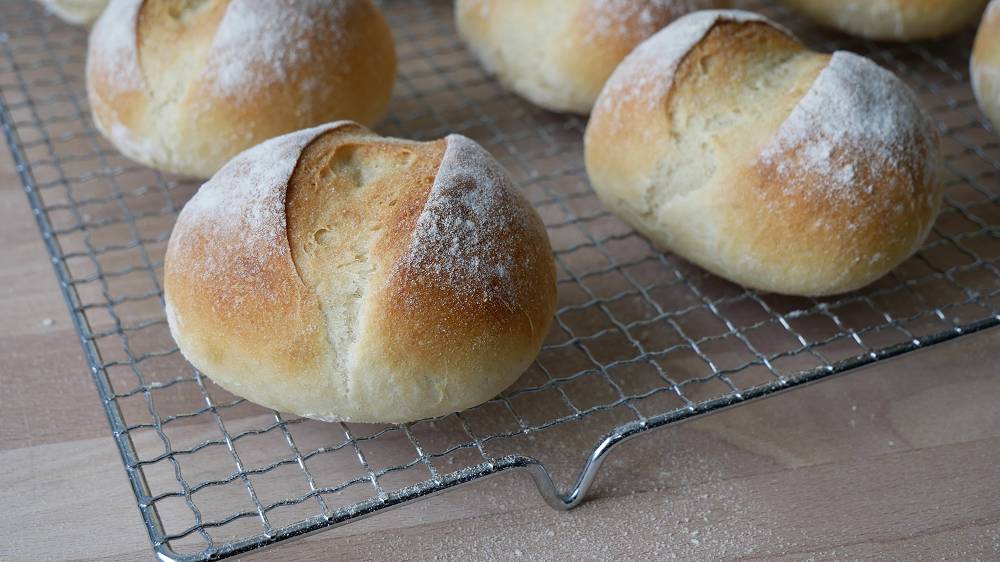 Cover potatoes in a saucepan with lightly salted water, bring to a boil and cook over low heat with the lid closed for about 20 minutes. When the cooking time has ended, use a ladle to skim 125 milliliters potato water & set aside to cool, then use a colander to drain potatoes & allow to steam. 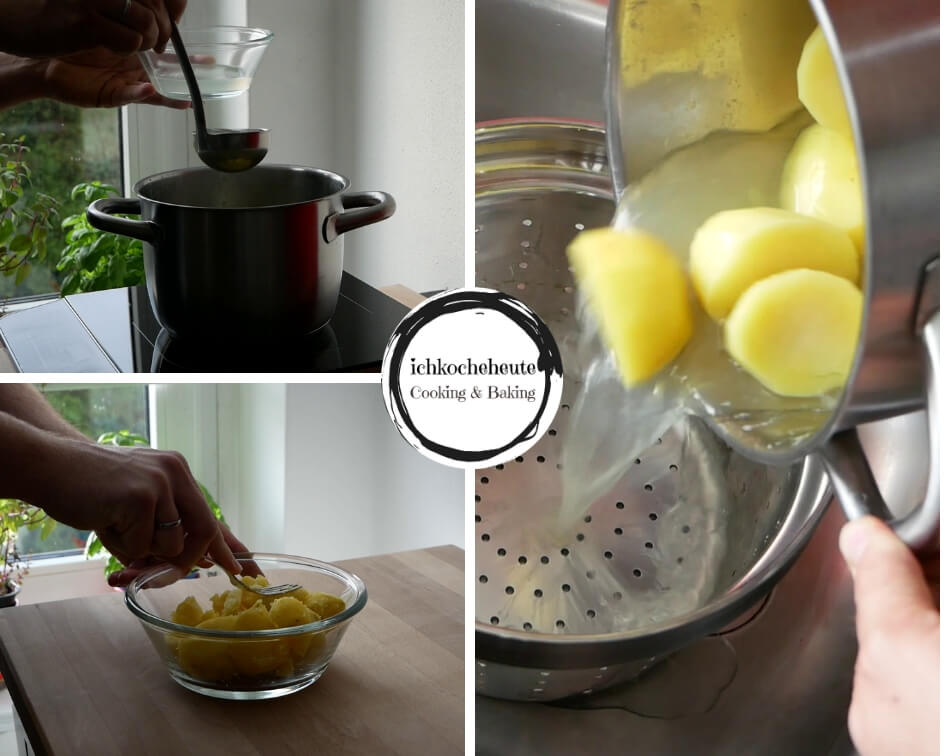 Mash the cooled potatoes with a fork. Crumble ½ cube of fresh yeast into a tall container, add 1 teaspoon sugar & also pour in cooled potato water, then mix everything with a whisk or a fork until yeast and sugar have completely dissolved.

Next, add the yeast-water mixture along with mashed potatoes, 500 grams flour, a dash of olive oil & 1 teaspoon of salt into a mixing bowl & knead together with a kitchen machine or mixer with dough hooks for about 4 – 5 minutes until a smooth & sticky dough.


Place the dough on a lightly floured work surface, knead briefly and form into a ball, put back in the mixing bowl and cover with a kitchen towel for 45 minutes in a warm place until the dough volume has increased significantly.

…for the potato rolls:

After resting time briefly knead the dough again on a lightly floured work surface & then cut into 8 – 10 pieces of about the same size. Form each piece of dough with circular movements under your palms into small balls or bread rolls, place them on a lined baking sheet & finally sprinkle the rolls with a little flour. 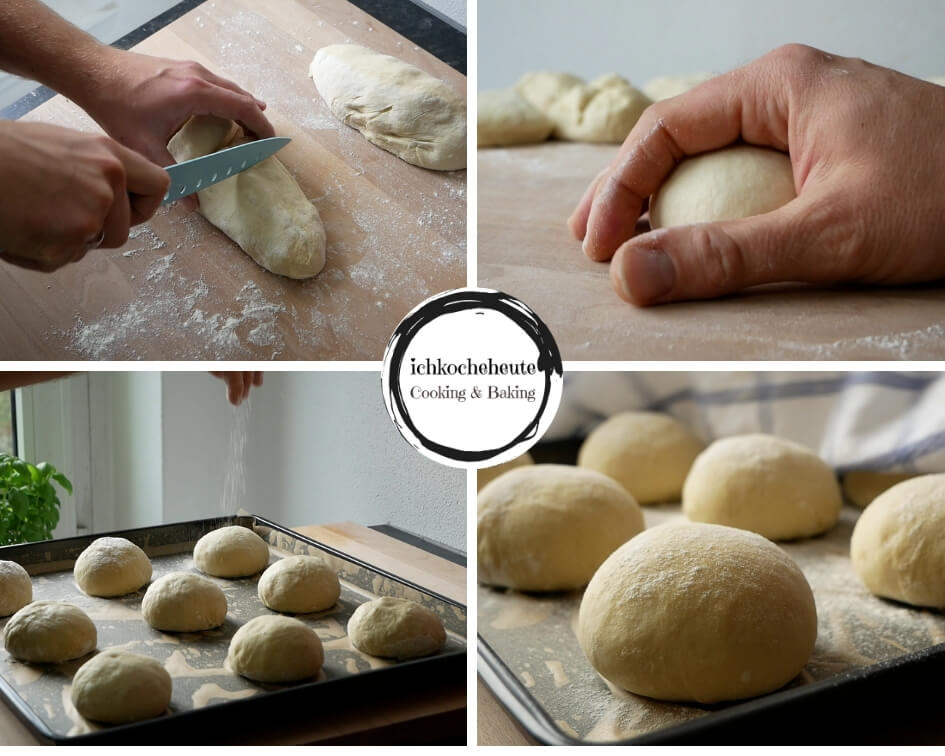 Cover the potato rolls with a kitchen towel & allow to rest for another 30 minutes in a warm place until their volume has increased significantly. Preheat the oven to 200°C (top/bottom heat) in good time.


After about 30 minutes, cut the bread rolls with a sharp knife about 1 – 1,5 centimeters deep & then bake the rolls for about 20 minutes in a preheated oven until brown & crispy. Get the done potato rolls out of the oven, allow to cool a bit on a wire rack & then serve. Have fun baking!