German “Franzbrötchen” are sweet bread rolls filled with a mixture of cinnamon & sugar & consist of a Danish pastry or yeast dough, comparable to the Scandinavian cinnamon rolls.

Franzbrötchen are a Hamburg specialty & in today’s post I will show you a recipe with which you can also enjoy these delicious cinnamon rolls. Have fun baking! 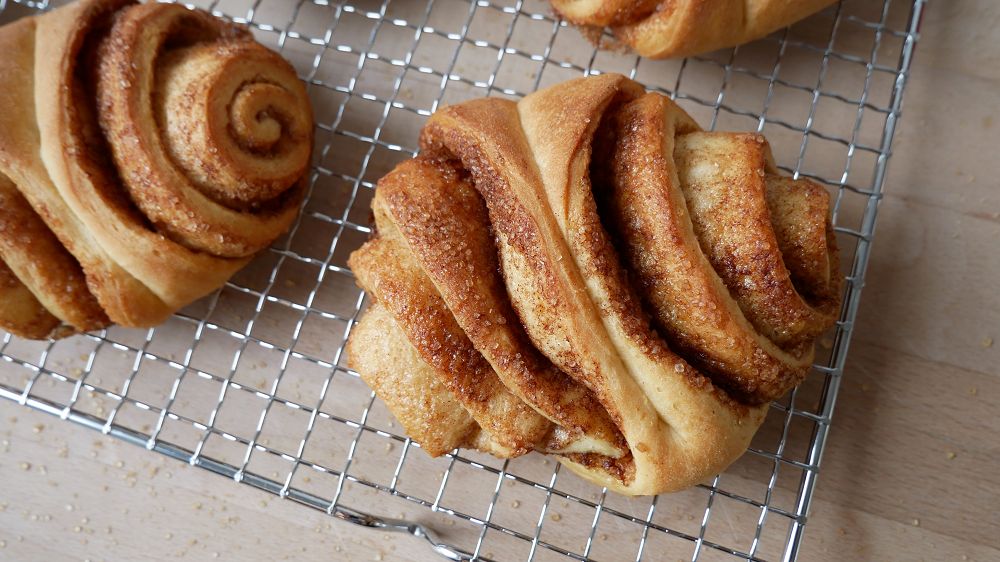 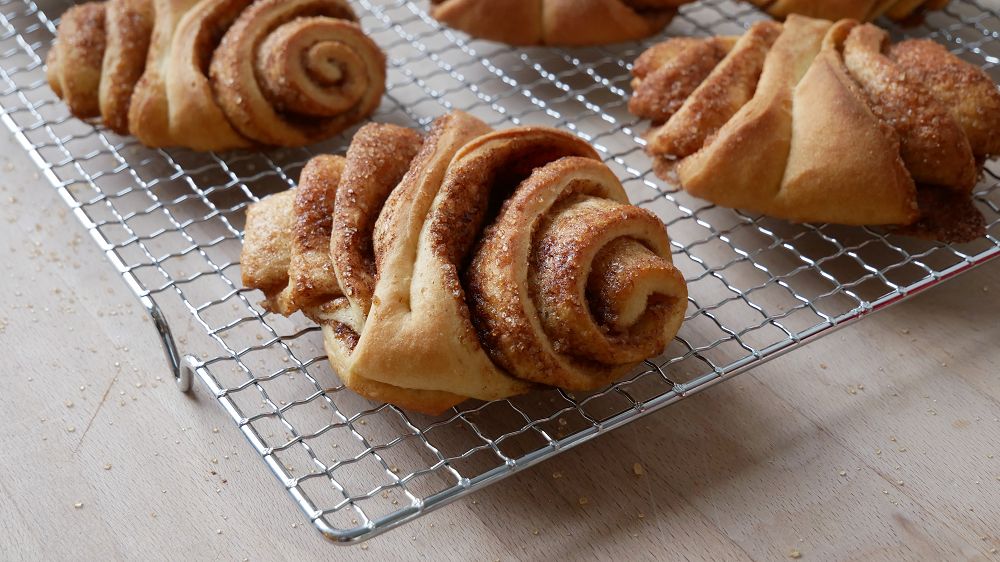 
…for the yeast dough:

Crumble ½ cube of fresh yeast into a high container & pour in 275 milliliters lukewarm milk. Next, stir together with a whisk or fork until the yeast has completely dissolved. 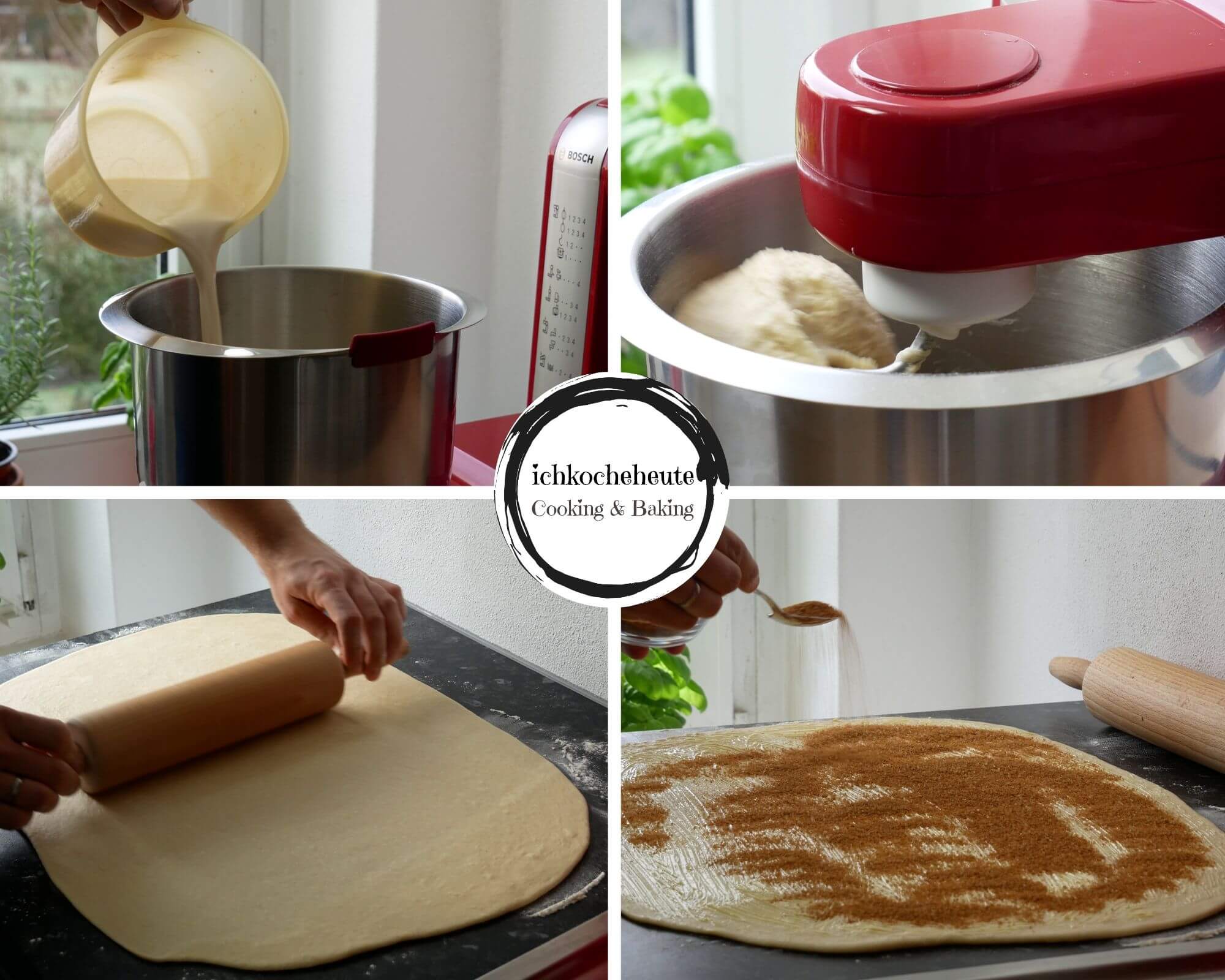 In a mixing bowl combine yeast-milk-mixture along with 500 grams flour, 100 grams soft butter, 75 grams sugar, 1 sachet vanilla sugar & a pinch of salt & knead together with a kitchen machine or mixer with dough hook for about 4 – 5 minutes until you got a smooth dough.


Then shape the dough into a ball, put it back in the mixing bowl & allow to rest covered with a kitchen towel for 30 – 45 minutes until the dough volume has visibly increased.

Mix 125 grams of brown sugar with 1 heaping tablespoon of cinnamon and prepare. Line 2 baking sheets with baking paper. After the resting time, place the dough on a lightly floured work surface & roll out with a rolling pin as rectangular as possible to the size 50cm x 40cm. 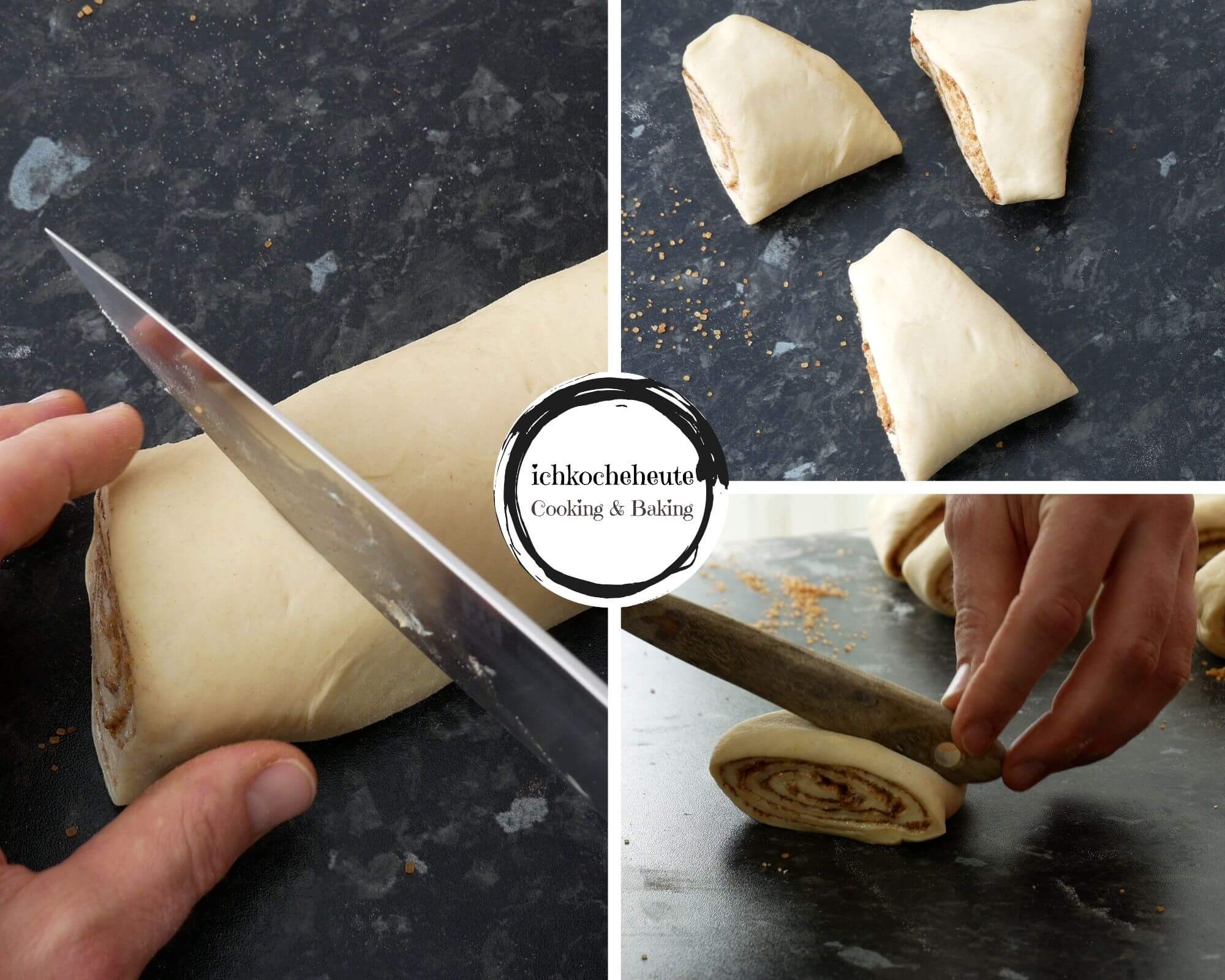 Then brush the rolled out dough with 100 grams of soft butter, sprinkle evenly with the cinnamon & sugar mixture & roll up tightly from the long side. Cut the dough roll diagonally or trapezoid with a knife into 12 rolls of approximately the same size.


Finally for the typical look, press in all the rolls centrally with a wooden spoon so that the cut surfaces on the left and right side slightly arch upwards. Place the fully formed rolls on the 2 prepared baking sheets with plenty of space between them and leave to rest for another 30 – 45 minutes, covered with a kitchen towel.

Preheat the oven to 180°C (top/bottom heat) in good time & bake the “Franzbrötchen” after the resting period for 15 – 20 minutes until golden brown. Take the done cinnamon rolls out of the oven, allow to cool briefly and then serve best warm. Have fun baking!