Pasta always works, especially tagliatelle or spaghetti, which I just love so much 😍 Today I’ll show you a quick & easy recipe for veggie tagliatelle pasta with creamy sauce & oven vegetables.

The oven vegetables are made super fast, I kept it Mediterranean and used small tomatoes, zucchini, aubergine, red onions and bell peppers, but you can also use other types of vegetables here. Have fun cooking! 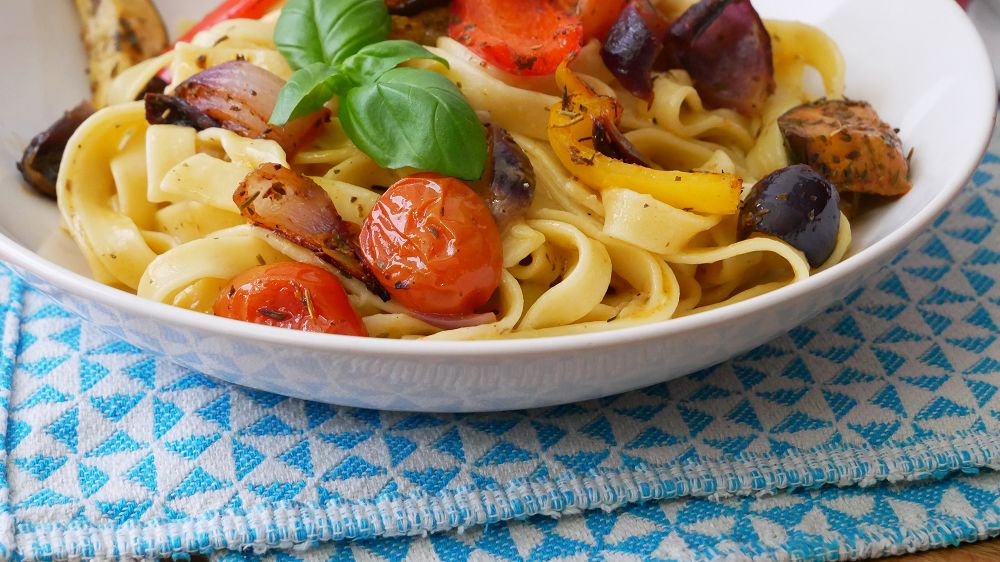 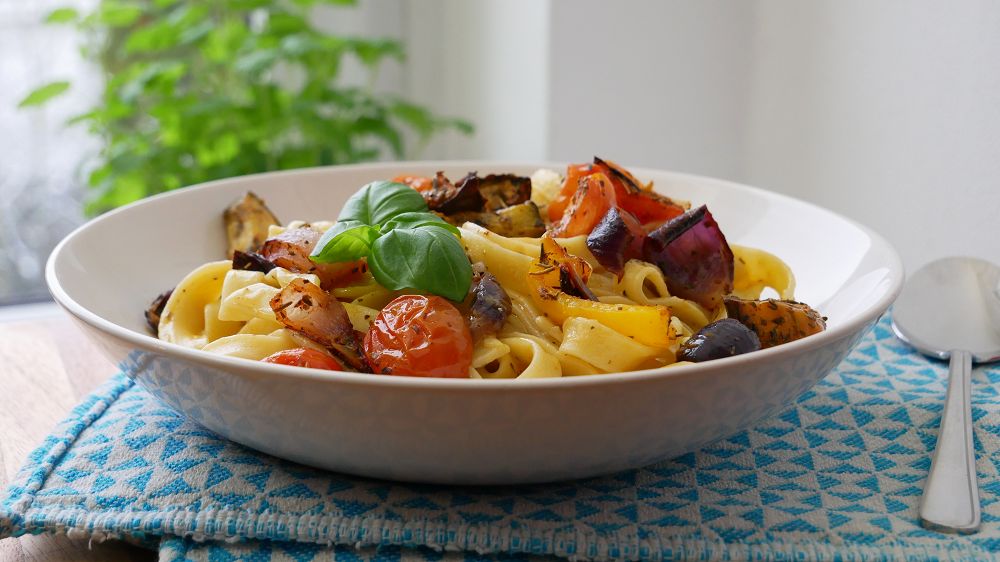 
…for pasta with oven veggies:

Preheat the oven to 220°C (top/bottom heat) in good time. Line a baking sheet with parchment paper. Grate Parmesan with a grater & set aside. Halve the cocktail tomatoes. Core the peppers & cut into bite-sized pieces.

Peel the onions & roughly cut into finger-thick strips. Halve or quarter the zucchini & aubergine lengthways, depending on their size, and also cut into bite-sized pieces. 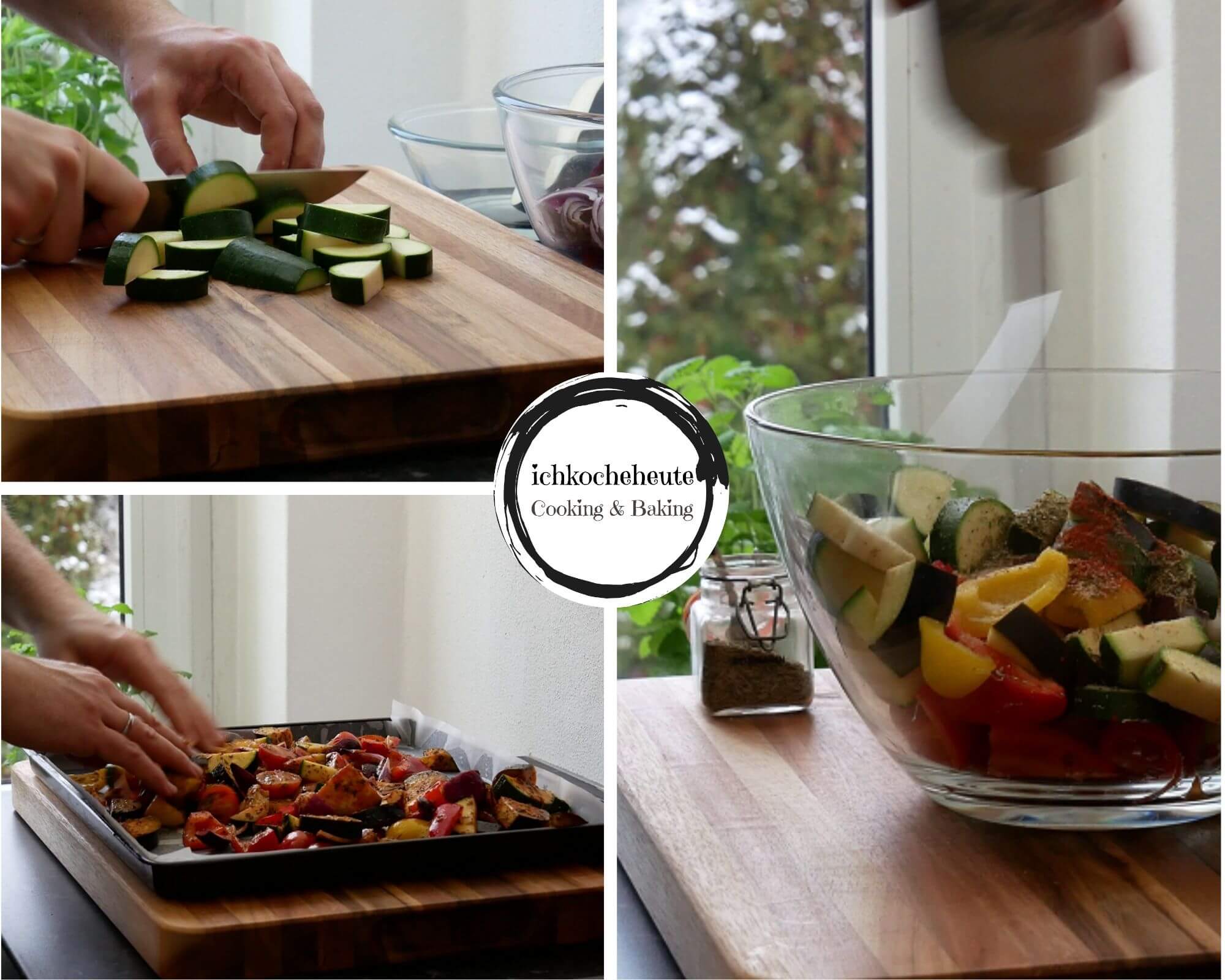 Preparation for Pasta with Oven Vegetables

Put the prepared vegetables in a large mixing bowl & season with 1 teaspoon each of rosemary, oregano, thyme & sweet paprika powder as well as with a good pinch of salt & pepper.


Add a good dash of canola or olive oil, mix ogether until well combined & the spices & oil are evenly distributed, then spread on the prepared baking sheet & bake the vegetables in the preheated oven for about 20 minutes. 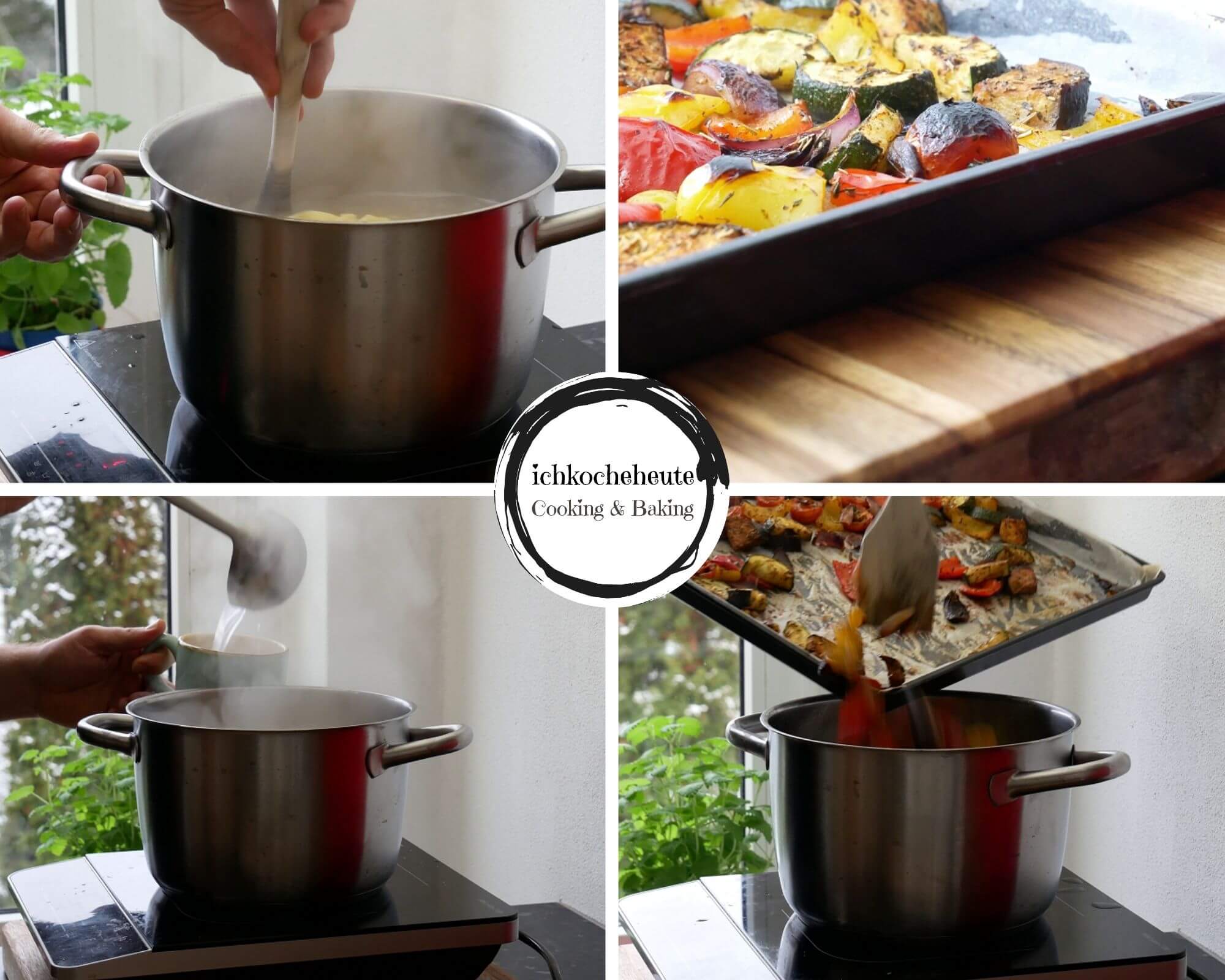 Meanwhile, bring a large pot with plenty of salted water to a boil for the pasta, add 500 grams of tagliatelle (or other pasta) to the boiling water & cook for 7 – 8 minutes or according to the instructions on the package.


Take the vegetables out of the oven after the cooking time. Shortly before the end of the pasta cooking time, skim off 250 – 300 milliliters of pasta water with a ladle & set aside. Drain the pasta over a pasta strainer & put back in the pot together with a good dash of olive oil, a generous handful of grated Parmesan, the skimmed pasta water & about a third of the oven veggies. 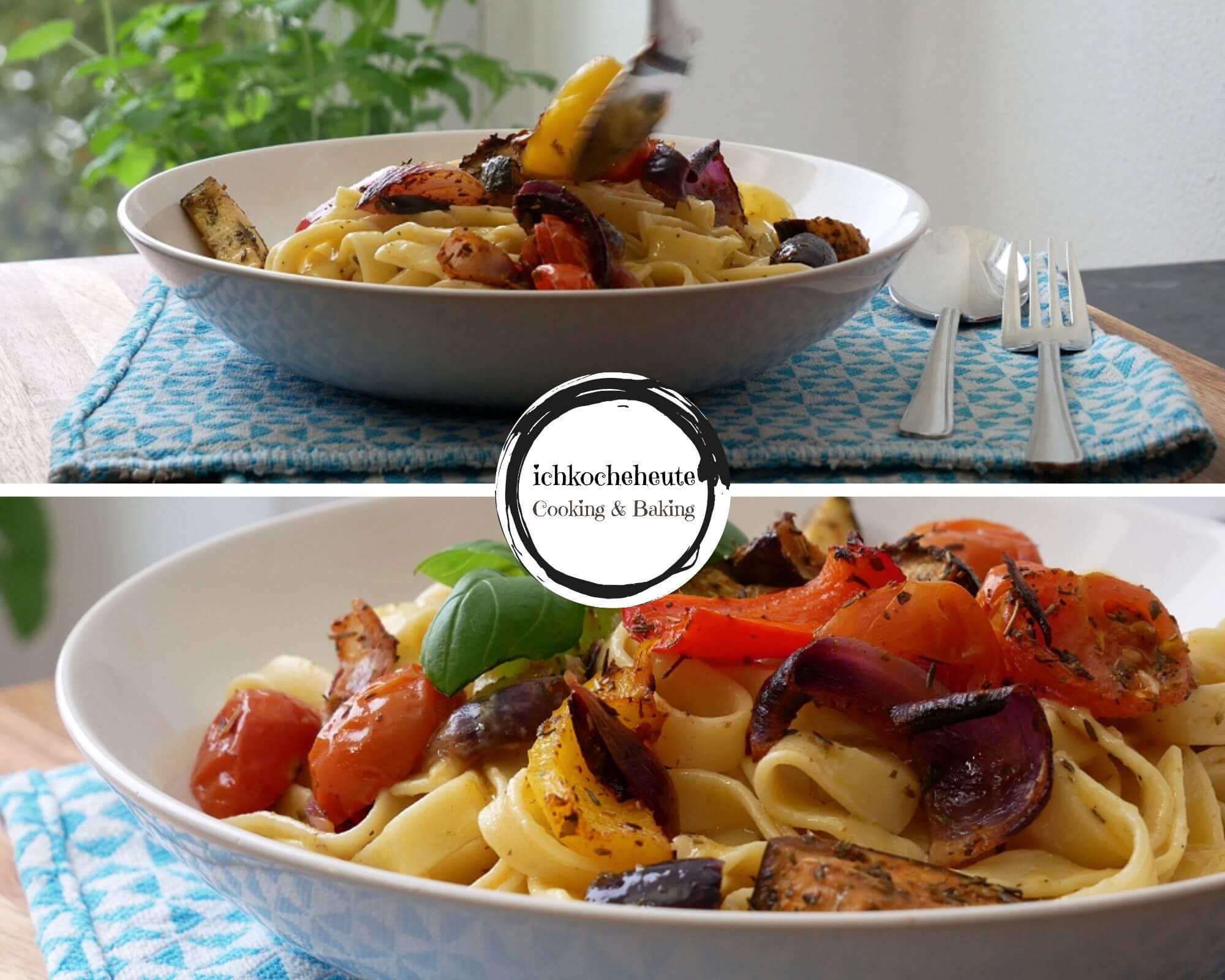 Stir everything well until all ingredients are evenly distributed & the pasta has almost completely absorbed the liquid. Then spread on deep plates & serve topped with the rest of the oven vegetables. Have fun cooking!