A Milky Way (Mars) is a chocolate bar consisting of a caramel layer and a sticky nougat layer coated with milk chocolate.

In today’s post I will show you how to bake a Giant Milky Way at home. Have fun baking! 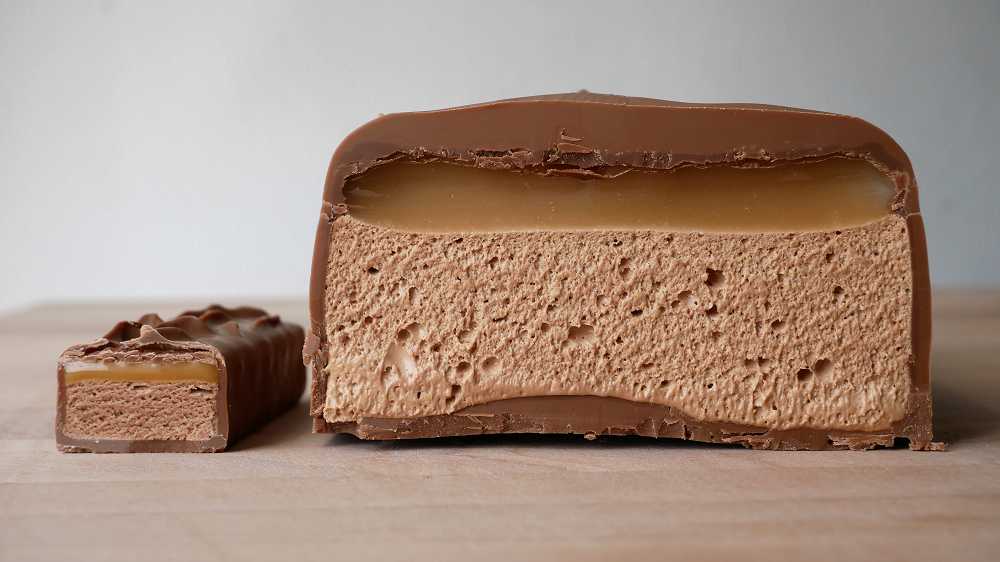 …for the caramel layer:

…for the nougat layer:


…preparations for the loaf pan:

First give about 1 tablespoon of oil into the loaf pan and spread evenly, then line the mold as smooth as possible with a sheet of cling film. Afterwards melt 150 grams of milk chocolate over a water bath (or in the microwave) and pour into the prepared pan.

Use a brush to spread the chocolate evenly on the bottom and the sides of the mold & then set aside to cool it or put it in the refrigerator. 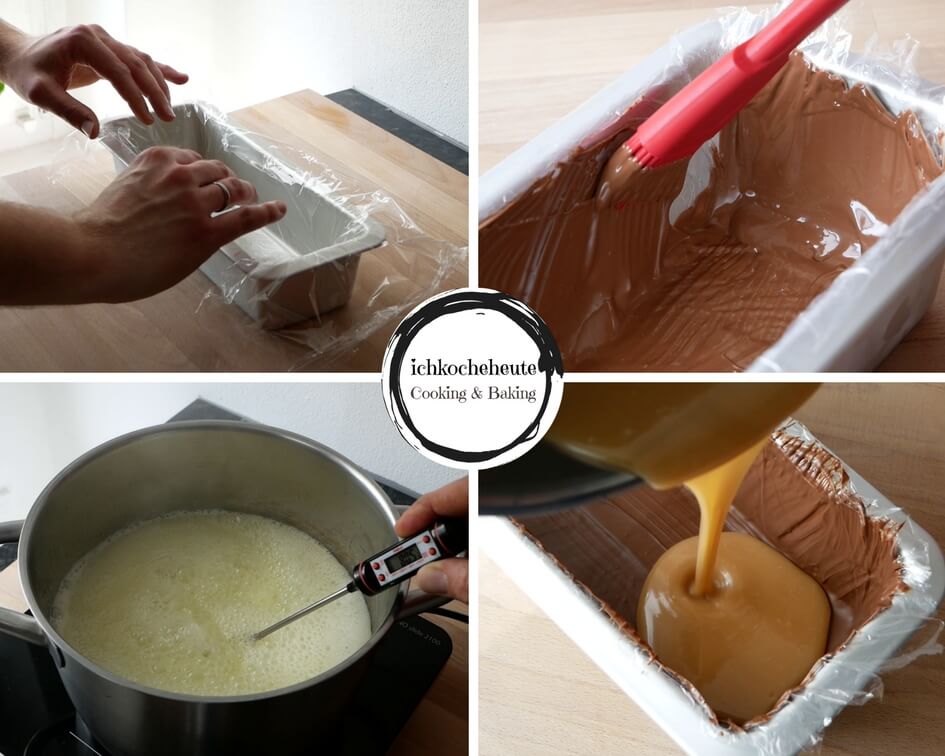 …for the caramel layer:

Heat up a large pot or saucepan over medium heat adding 200 grams sugar, 130 grams dextrose, 200 milliliters cream & 75 milliliters water, stirring constantly with a whisk until the sugar has dissolved completely and the mixture starts to simmer.


Then stop stirring & allow the caramel to simmer without stirring while checking the temperature with a sugar thermometer from time to time. Once the temperature reaches 120°C, remove the pan from heat, pour the caramel into the prepared loaf pan & allow to cool in the fridge for at least 1 hour.

…for the nougat layer:

For the nougat layer, first roughly chop 200 grams whole milk chocolate with a knife and set aside. Next, add 3 egg whites, 2 sachets of vanilla sugar and 1 pinch of salt into a mixing bowl and whisk with a blender until the egg whites are semi-stiff and form soft tips, then set aside. 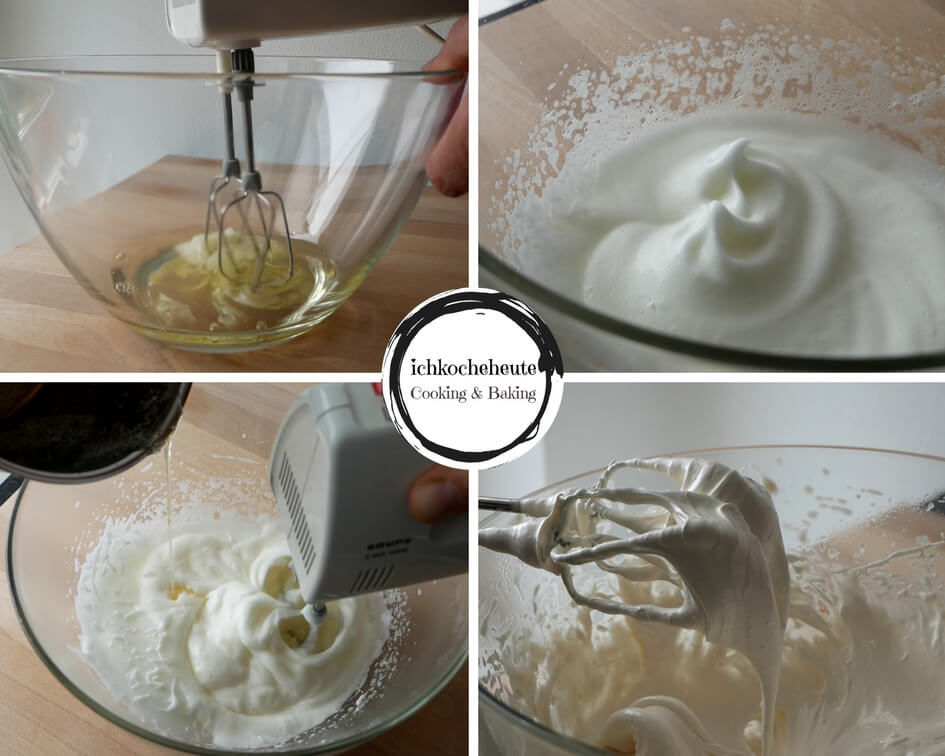 For the sugar syrup, put 250 grams sugar, 130 grams dextrose & 110 milliliters water in a pot and heat up over high heat, stirring constantly with a whisk until the sugar has dissolved and the syrup starts to simmer.


Once the sugar syrup is simmering, stop stirring and allow to cook at a rapid boil while checking the temperature with a sugar thermometer from time to time. As soon as the syrup reaches a temperature of 150°C, remove the pot from heat.

Then carefully pour the hot sugar syrup in a thin stream to the whipped egg whites while the mixer is on low speed. Mix together as long as the whole syrup is stirred in for & keep on mixing on high for about 2 – 3 minutes until the nougat mixture becomes significantly thicker and viscous.

Finally, add the chopped milk chocolate to the nougat mixture, fold in with a spatula and allow to melt into the warm nougat. Add the finished nougat mixture to the loaf pan, then smooth down as best as possible & allow to set for 1 hour in the fridge.

…for the giant Milky Way:

Melt another 150 grams of milk chocolate over a water bath or in the microwave, then pour on the slightly cooled nougat layer and spread evenly with a brush. Afterwards allow the nougat to set completely for a further 3 hours (preferably overnight) in the refrigerator. 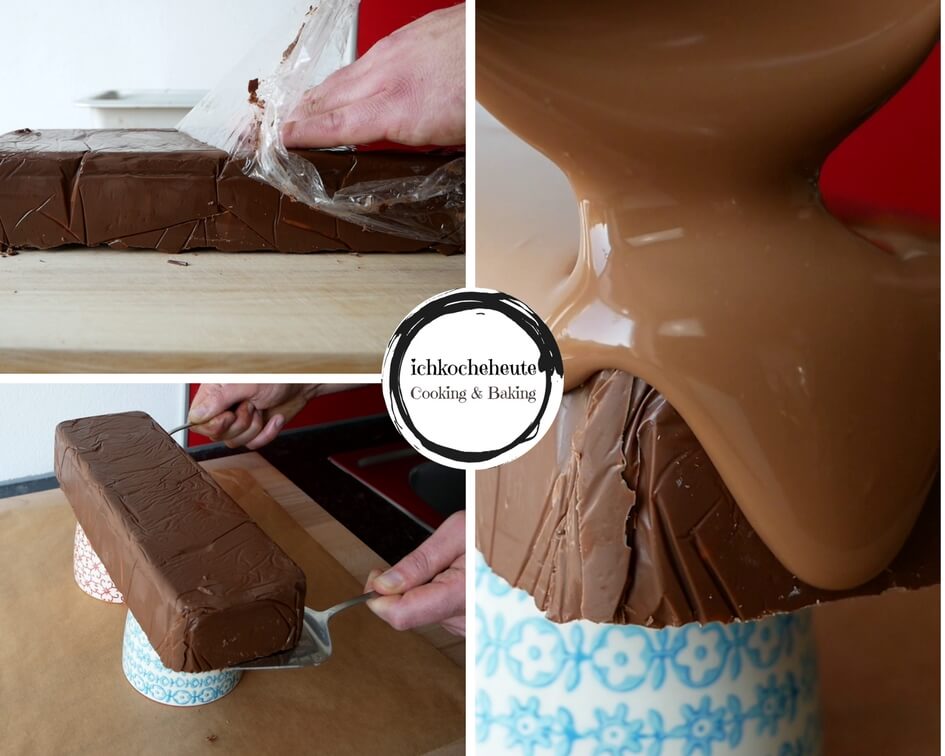 Melt another 300 grams of milk chocolate over a water bath or in the microwave and pour over the entire Milky Way until the whole bar is covered with chocolate. Finally, use a spoon to suggest the typical pattern on the surface & remove the chocolate tips from the bottom edges.

Allow the giant Milky Way to harden completely and then serve. I wish you lots of fun baking 😉