In today’s post, I’ll show you a simple & quick recipe for a delicious Chicken Tikka Masala, probably the most famous curry dish in Indian restaurants.

The curry consists of grilled marinated chicken pieces in a spicy sauce made from various spices, tomatoes and coconut milk. Have fun cooking! 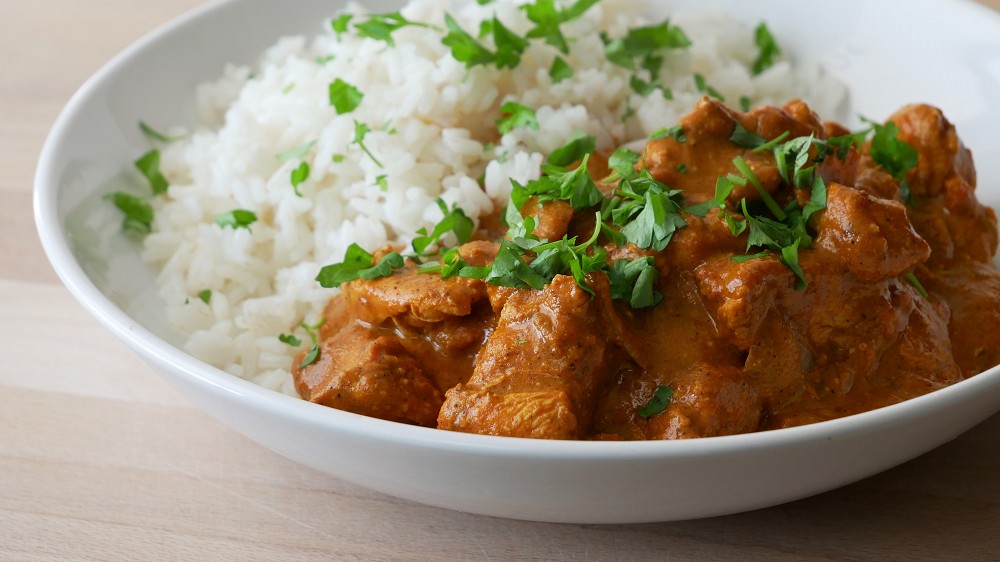 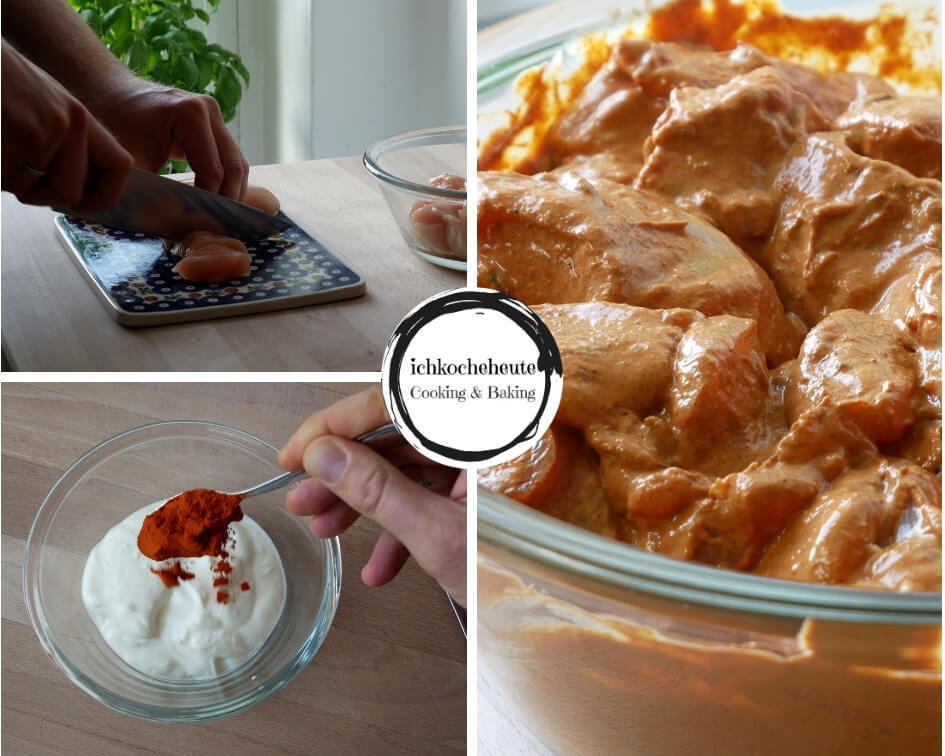 Cut the chicken breast fillets into bite-sized cubes and place in a suitable bowl. Add the yogurt marinade to the chicken and mix together until all pieces of chicken are covered with marinade, then cover with cling film and allow to marinate in the fridge for at least 2 hours (preferably overnight).

Place 1 handful of cashews and 1 can of coconut milk in a tall container and puree with a blender for 1 to 2 minutes, then set aside. Peel off 2 onions & dice roughly. Peel ginger & grate finely. Peel garlic & also grate finely.


Heat up a large pan adding a dash of oil and sauté the marinated chicken over medium heat for 3 – 4 minutes until toasted aromas have settled on the bottom of the pan, then lift the meat out and set it aside.

Next, add the onions & 150 milliliters of water to the pan, mix well & keep on mixing until the toasted aromas have dissolved from the bottom of the pan. When done, add the garlic, ginger and 1 can of chopped tomatoes, mix well, bring to a boil & allow to simmer gently over low heat for 5 – 6 minutes with the lid closed. 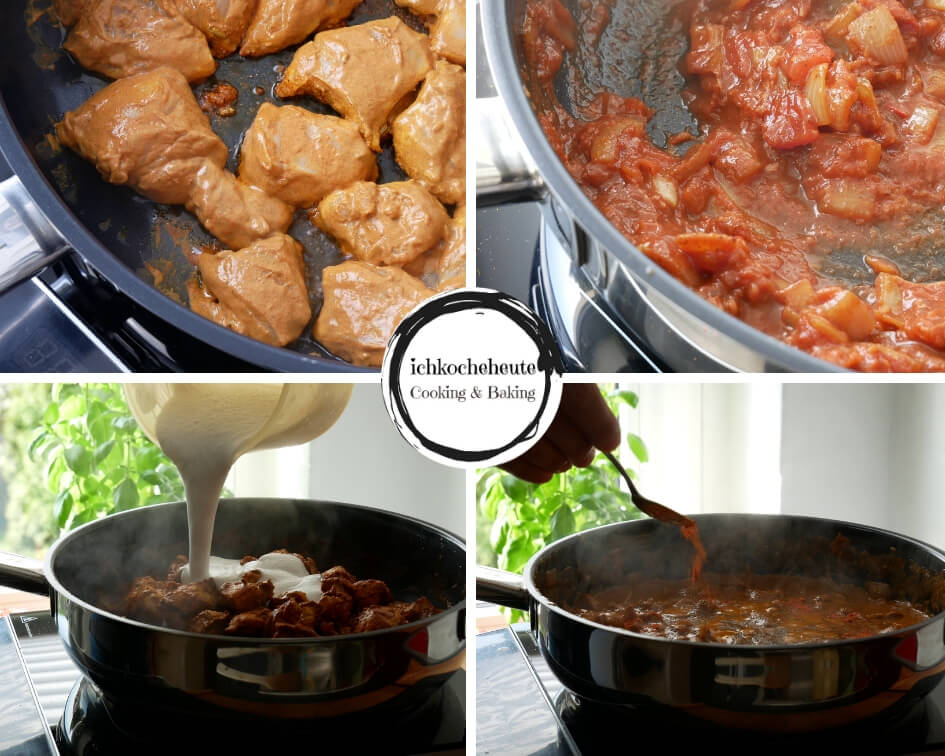 After about 5 minutes, put the meat back into the pan, add the cashew coconut milk, stir well & then allow to simmer until the curry has reached a creamy consistency. Finally, season with a good pinch of salt, pepper & chilli powder and serve.


Dish up the chicken tikka masala on deep plates, garnish with finely chopped cilantro & serve along with rice or naan bread. Have fun cooking!