In today’s post, I show you a recipe for a bee sting cake filled with whipping cream & homemade vanilla pudding. Have fun baking! 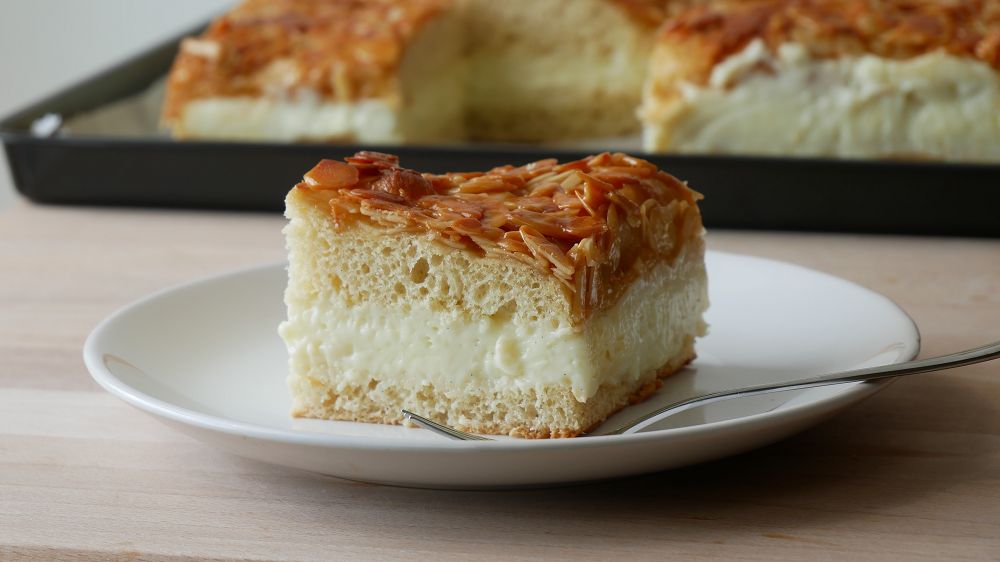 Line a baking sheet with parchment paper. Crumble ½ cubes of yeast into a tall container, add 75 grams of sugar and 250 milliliters of lukewarm milk and mix together with a whisk or a fork until yeast and sugar have completely dissolved. 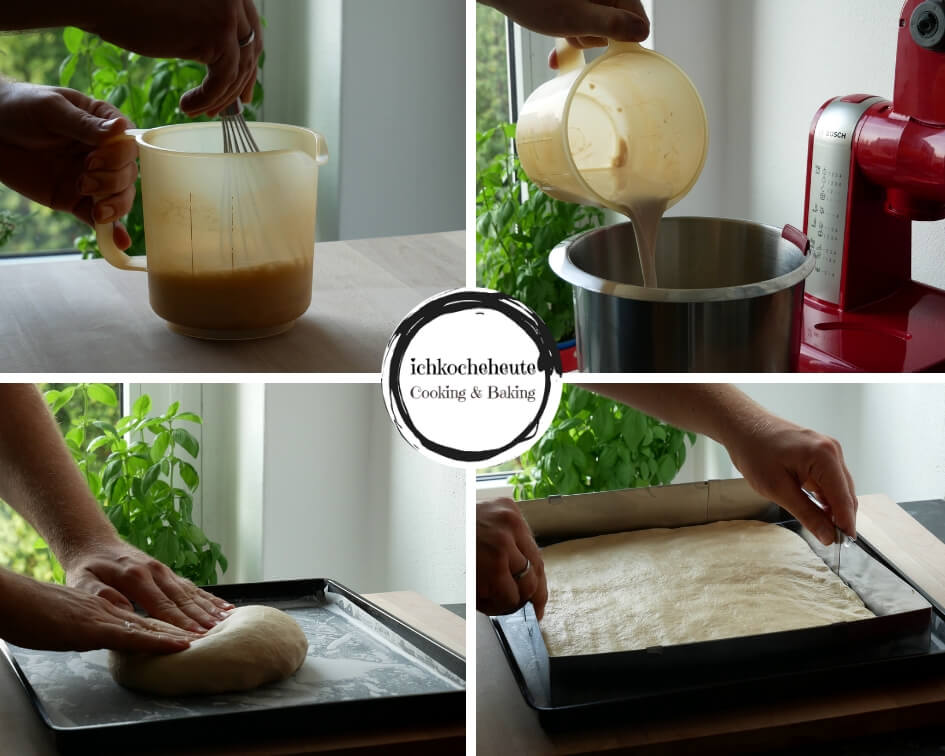 Next, put yeast-milk mixture along with 550 grams flour, 75 grams soft butter, 1 egg, 1 sachet vanilla sugar and a pinch of salt to a mixing bowl and knead together with a food processor or blender with dough hook for about 4 – 5 minutes until a smooth (but still slightly sticky) dough.


Then place the dough on the prepared baking sheet and flatten it with your hands to a rectangle of approx. 40cm x 30cm (alternatively roll out with a rolling pin). Place a baking frame around the dough and allow to rest covered with a kitchen towel for about 60 minutes in a warm place. 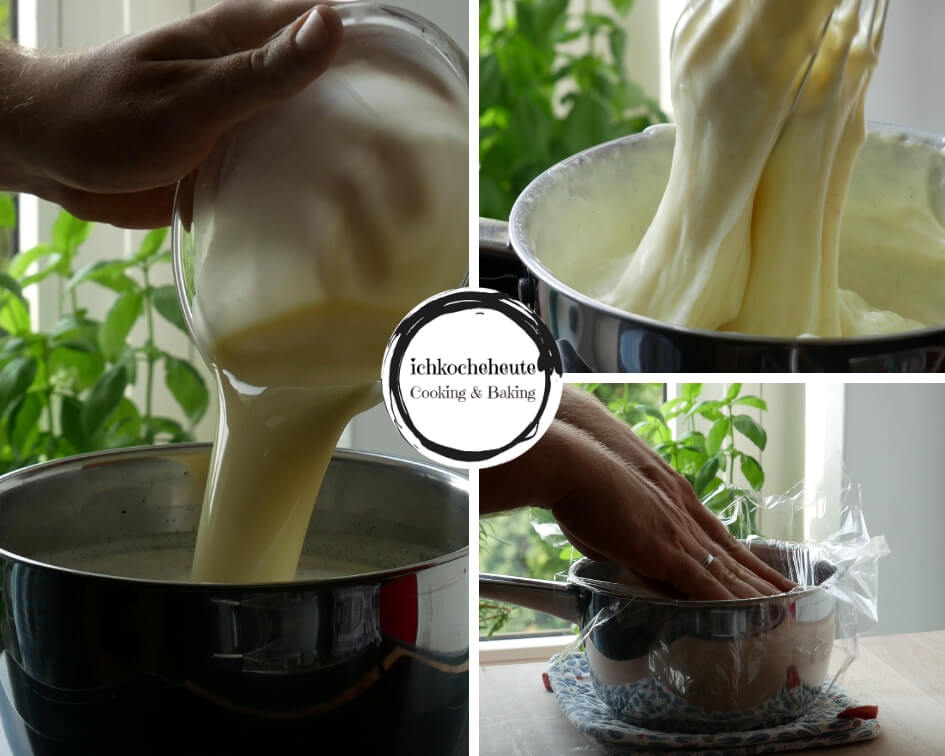 As soon as the milk begins to simmer add the cornstarch mixture and mix well immediately to avoid lumps forming. Stir the pudding vigorously for about 1 minute and then remove from heat. Cover the surface with a sheet of cling film and allow the pudding to cool completely.

Add 75 grams each of sugar, honey and butter to a saucepan, allow to melt over medium heat & simmer for about 2 minutes while stirring until the mixture becomes a slightly brownish caramel color. Add 100 milliliters cream and 250 grams sliced almonds, stir in and simmer for another 1 – 2 minutes while stirring. Then remove the almond mixture from heat and allow to cool slightly. 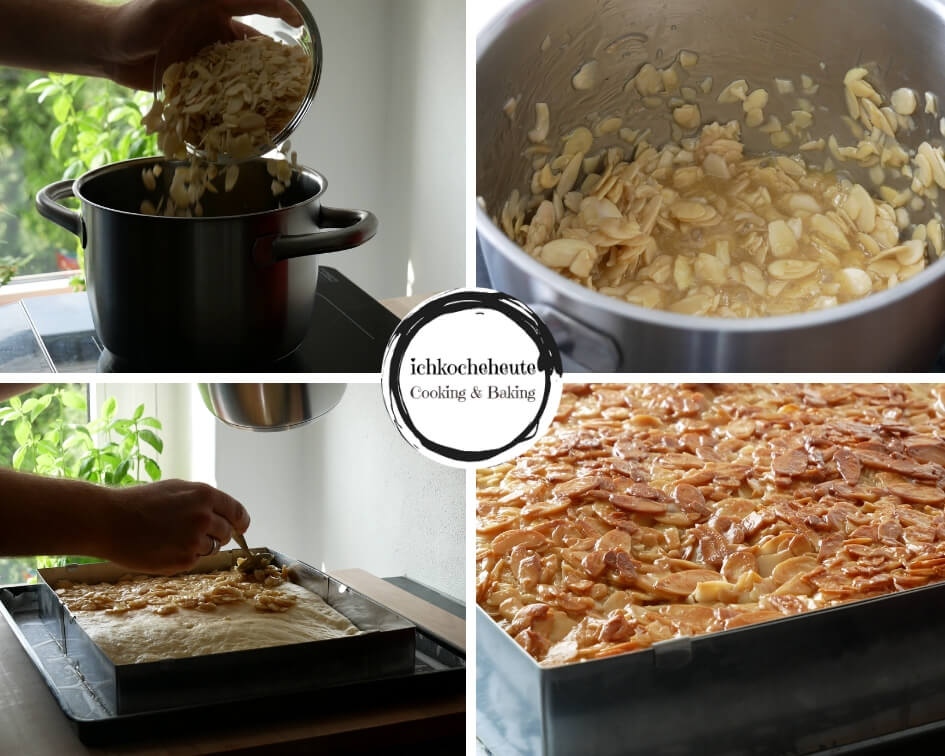 Preheat the oven to 180°C (top/bottom heat) in good time. Use a spoon to spread the slightly cooled almond mixture evenly on top of the yeast dough & then bake for 20 – 25 minutes in a preheated oven until the almond crust assumes a golden brown color.

Remove the cake from the oven and allow to cool completely on the sheet, then remove the baking frame. Cut the cooled cake into 4 equal pieces, afterwards cut all pieces horizontally with a long knife and place the lower halves back on the baking tray. Finally, place the baking frame around the dough again. 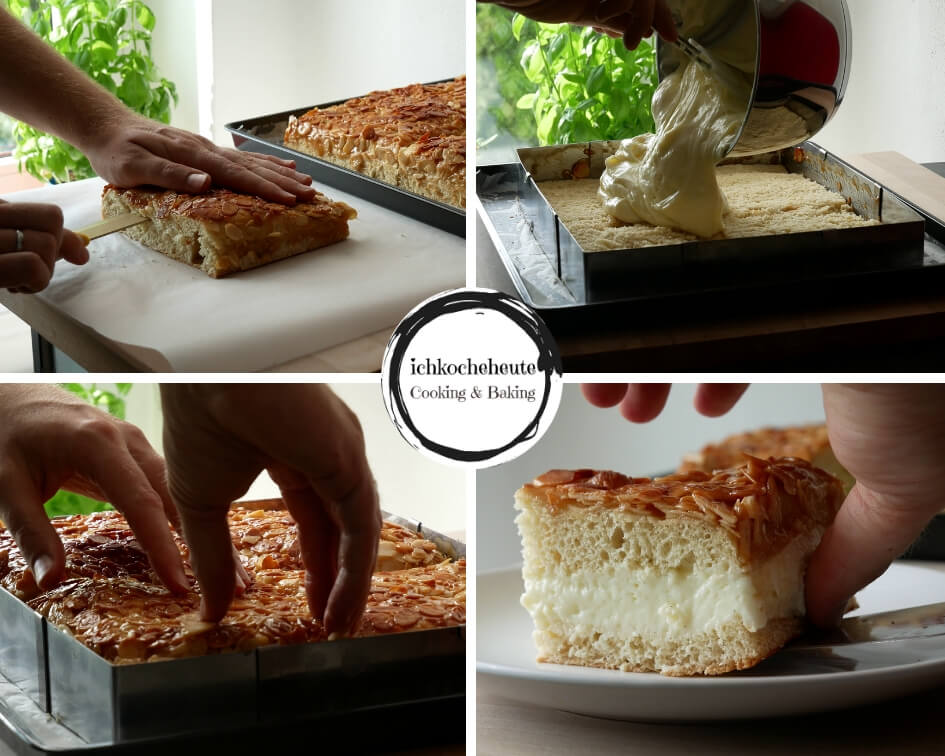 Mix the cooled vanilla pudding with a blender for approx. 1 minute, then add the whipped cream and stir briefly until well combined. Spread the pudding cream on the yeast dough, then press the yeast dough tops on the cream & store the bee sting cake for at least 2 hours in the refrigerator. Cut the finished cake into pieces with a knife, spread on plates and serve. Have fun baking!