Coconut macaroons are a typical pastry during the Christmas season and consist in principle only of egg whites, sugar and coconut flakes.

In today’s post, I’ll show you a super easy preparation for coconut macaroons with sweetened condensed milk. After baking, the finished macaroons are additionally decorated with dark chocolate. Have fun baking 😉 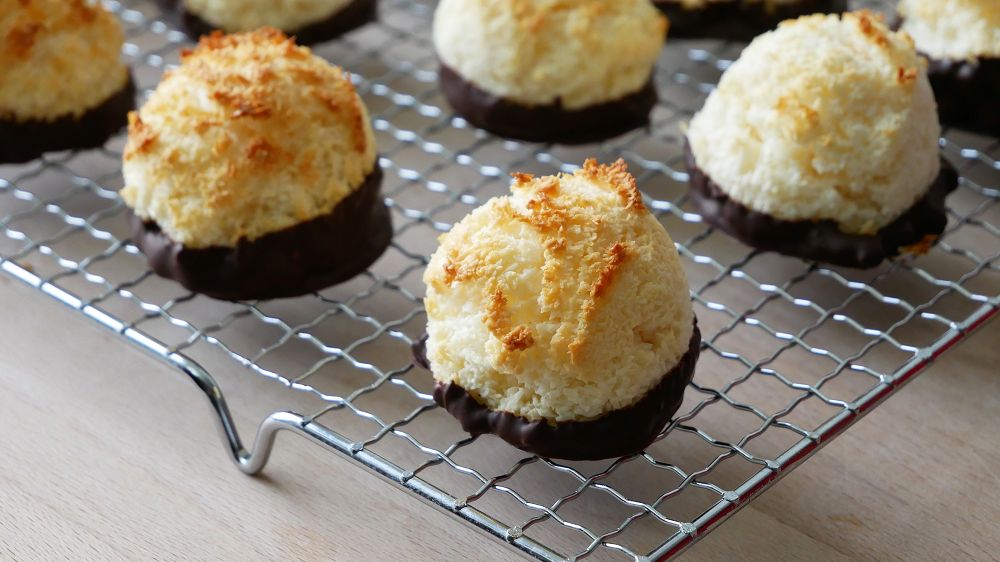 Place the egg whites along with 1 sachet of vanilla sugar and a pinch of salt in a tall container and beat with a blender until stiff & solid peaks form, then set aside. 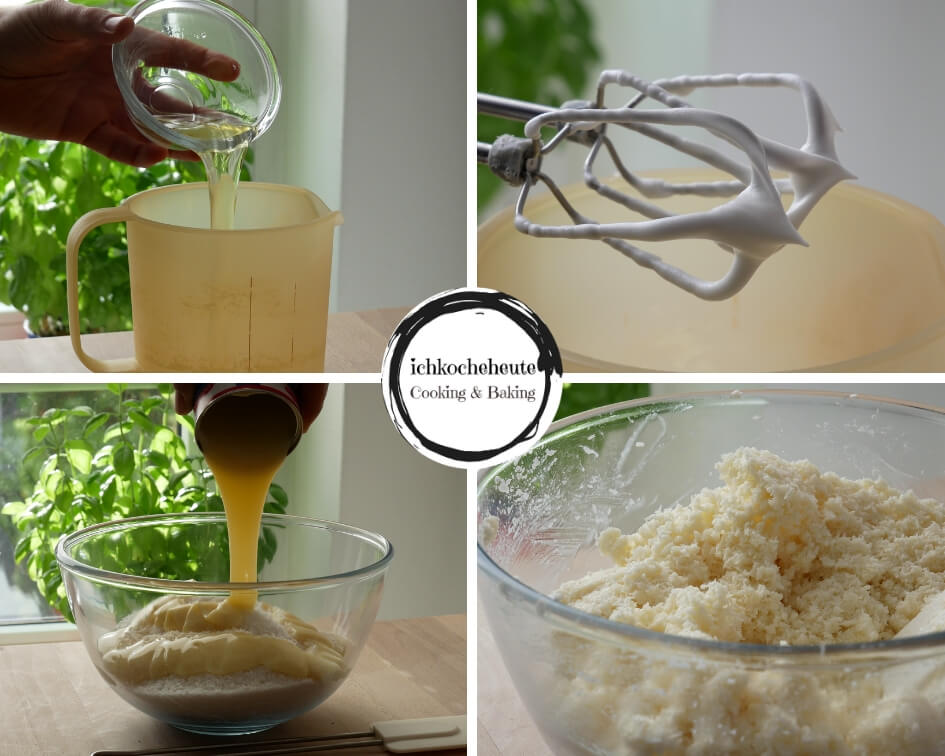 Next, put 400 grams of coconut flakes & 1 can of sweetened condensed milk into a mixing bowl & mix well with a spatula, then add the stiff egg whites to coconut mixture and fold in until well combined.

Preheat the oven to 160°C (top/bottom heat). Line a baking sheet with baking paper. Shape the coconut dough into small balls with the help of an ice cream scoop & place them with a little distance to each other onto the prepared baking tray. 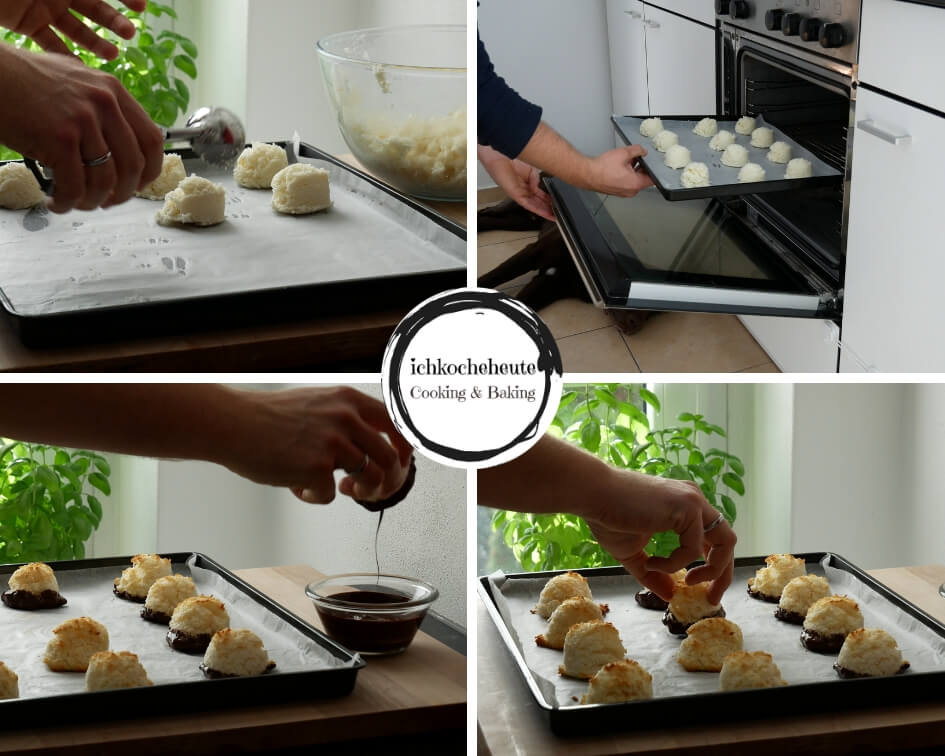 
Melt 200 grams of dark chocolate over a double boiler or in the microwave, dip the coconut macaroons into the melted chocolate with the bottom, put them back on the baking tray and allow to harden. Have fun baking!