A roast pork is a braised piece of pork, typically from the neck, back or shoulder of pork.

In today’s post I will show you a recipe for a roast pork from the pork neck, with a dark beer gravy. Have fun cooking! 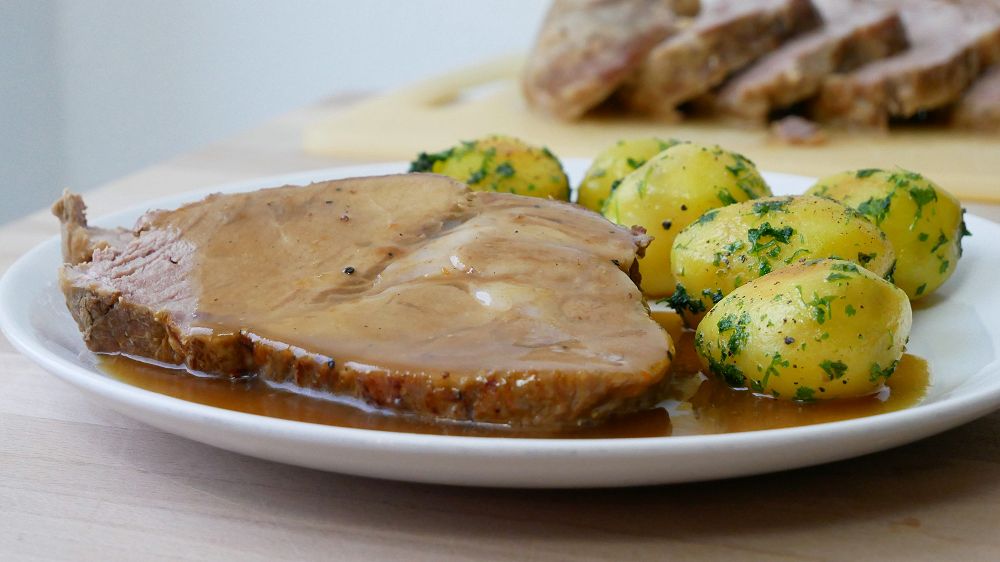 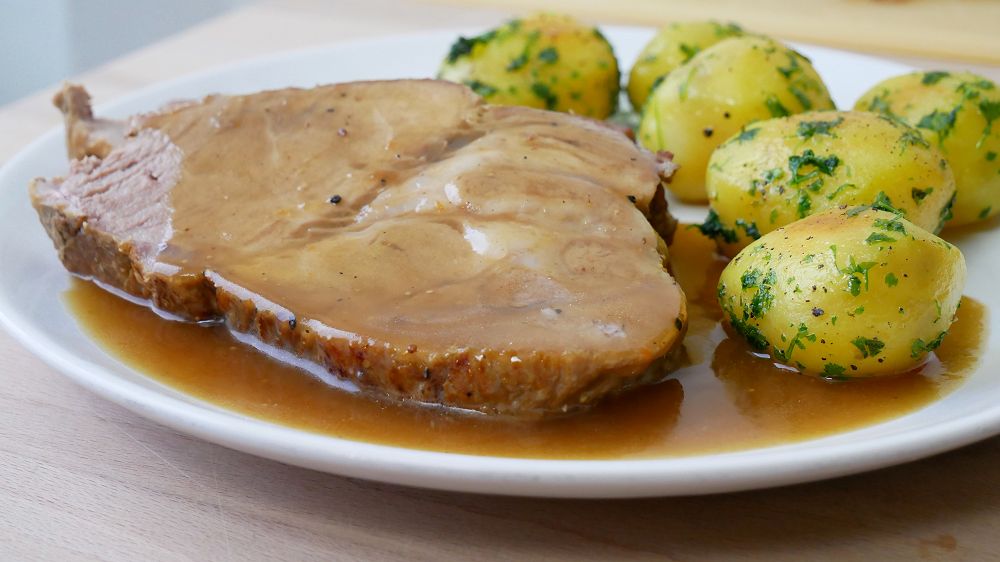 Next, heat up a roasting pan or a large braising pan with a good dash of oil or lard & sear the pork vigorously on both sides, then lift it out of the pan & set aside briefly.

When that’s done, put the prepared vegetables in the pan & sauté vigorously for another 4 – 5 minutes, stirring occasionally. Finally, pour in 100 milliliters of water to detach the roasting substances from the pan base while stirring.

As soon as the water is almost completely boiled down, add the juniper berries, allspice, cloves and bay leaves to the pan, also lift the meat back into the pan & pour in 2 bottles of beer.

Finally, add 1 heaping tablespoon of mustard, bring everything to a boil & simmer gently with the lid on for 2 hours over low heat, turning the meat once after half the time & continue to simmer.

After 2 hours, lift the meat out of the pan & keep warm covered. Pass the liquid & the vegetables from the braising pan through a fine sieve into a second saucepan & add 1 heaping tablespoon of sugar beet syrup and a good dash of white wine vinegar, also season the sauce with salt & pepper to taste.

Put the saucepan back on the stove, bring to a boil & bind the sauce with a little cornstarch as desired. Cut the meat into slices and serve along with the beer gravy & possibly salted or parsley potatoes. Enjoy your meal & have fun cooking!

One Reply to “Pork Roast with Beer Gravy”