After the one pot pasta with sausages & vegetables, which I presented to you last week, this time there is another recipe with sausages & today I’m going to show you a super simple recipe for delicious “bratwurst” sausages with onion gravy.

The “bratwurst” sausages, the onions and the sauce are cooked in the same pan, which makes the sauce taste even more intense. Have fun cooking! 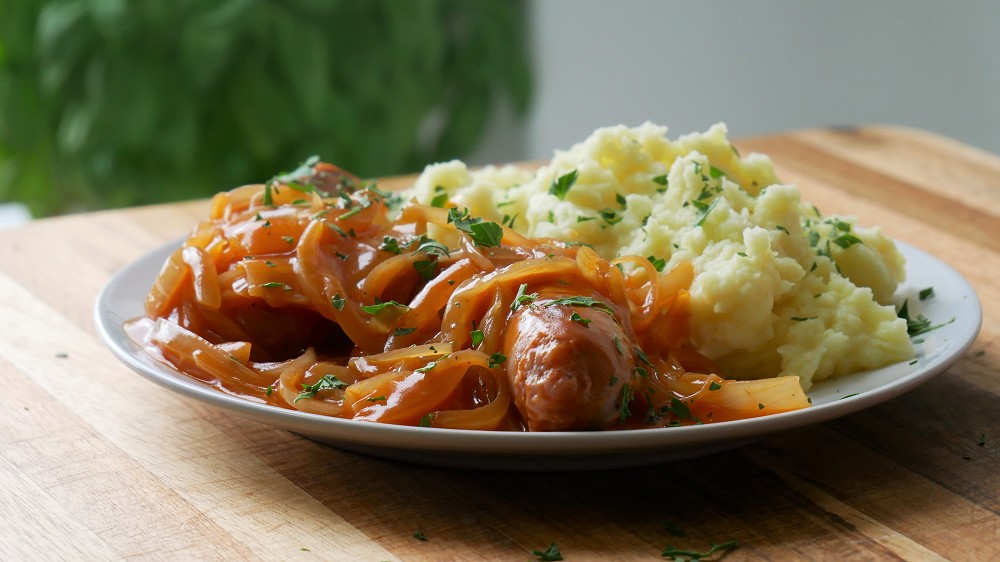 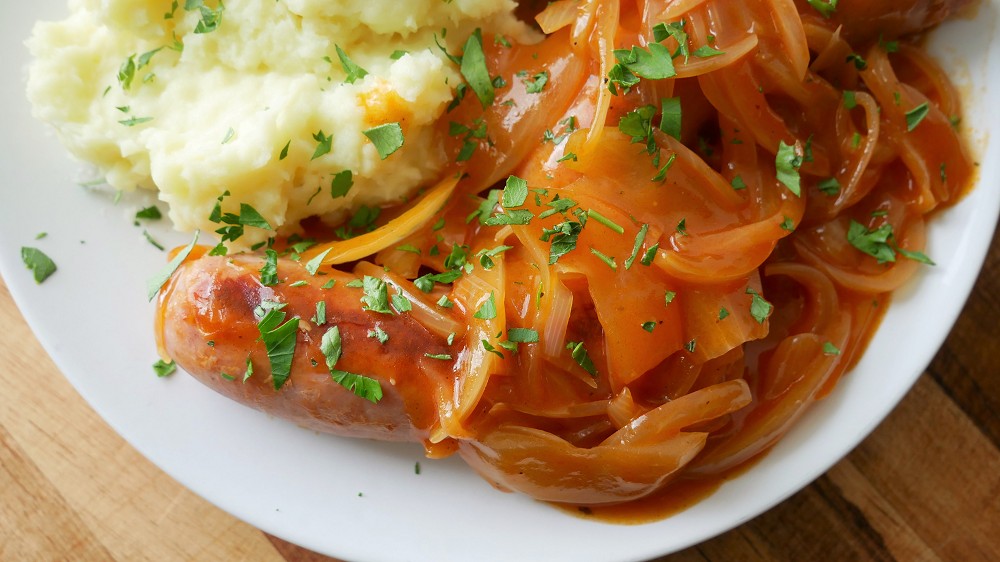 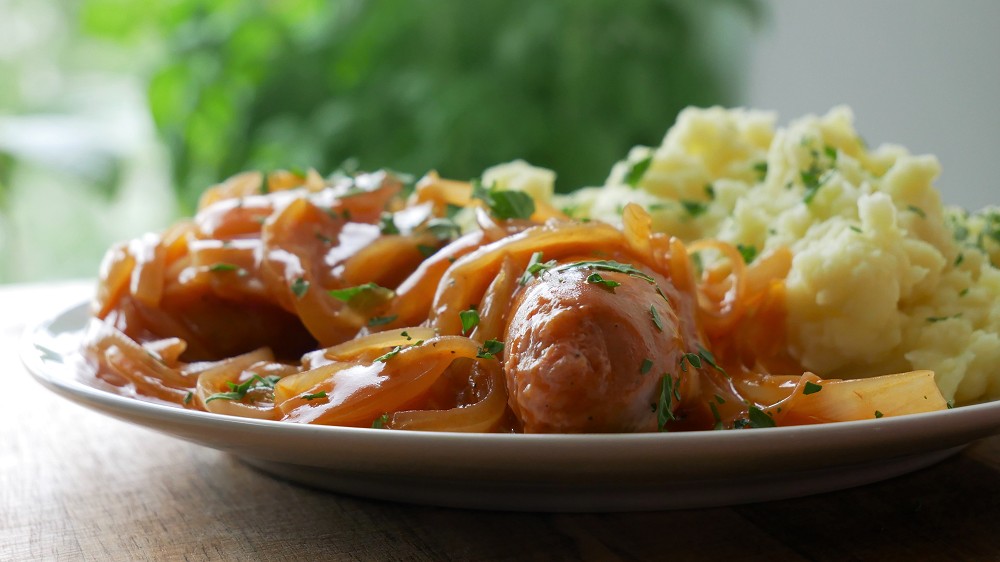 
…for “Bratwurst” Sausages with Onion Gravy:

Peel the onions & cut into strips. Stir together 400 milliliters of cold beef stock & 1 heaping teaspoon of cornstarch & set aside. Heat up a large pan with a dash of oil & brown the sausages all around over medium heat for a few minutes, then lift out of the pan and set aside. 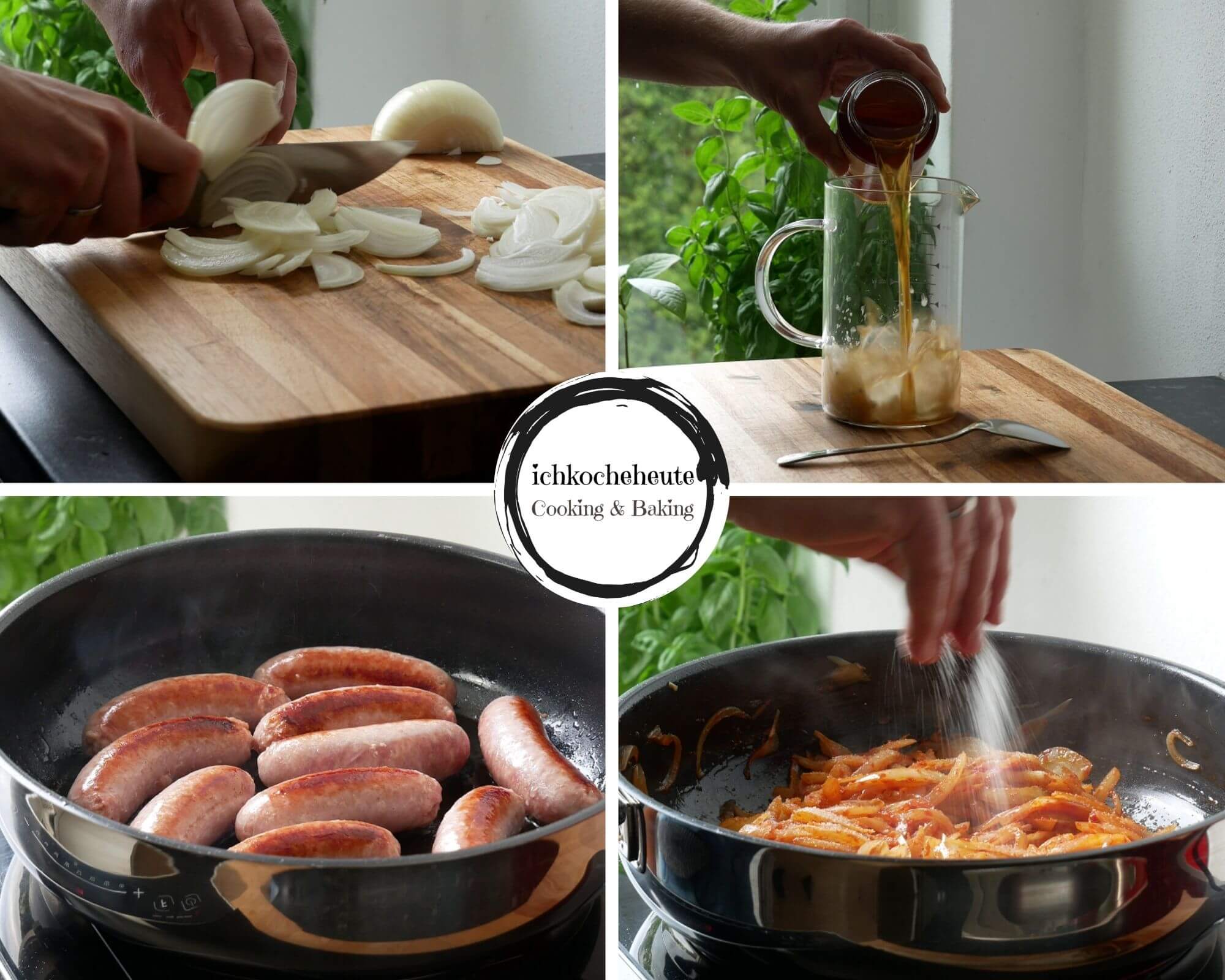 
Then pour in the prepared beef stock, season everything with salt & pepper & bring to a boil, stirring occasionally. Put the sausages back into the pan & simmer everything gently with the lid closed over low heat until the sausages are cooked & the sauce has reached a creamy consistency. 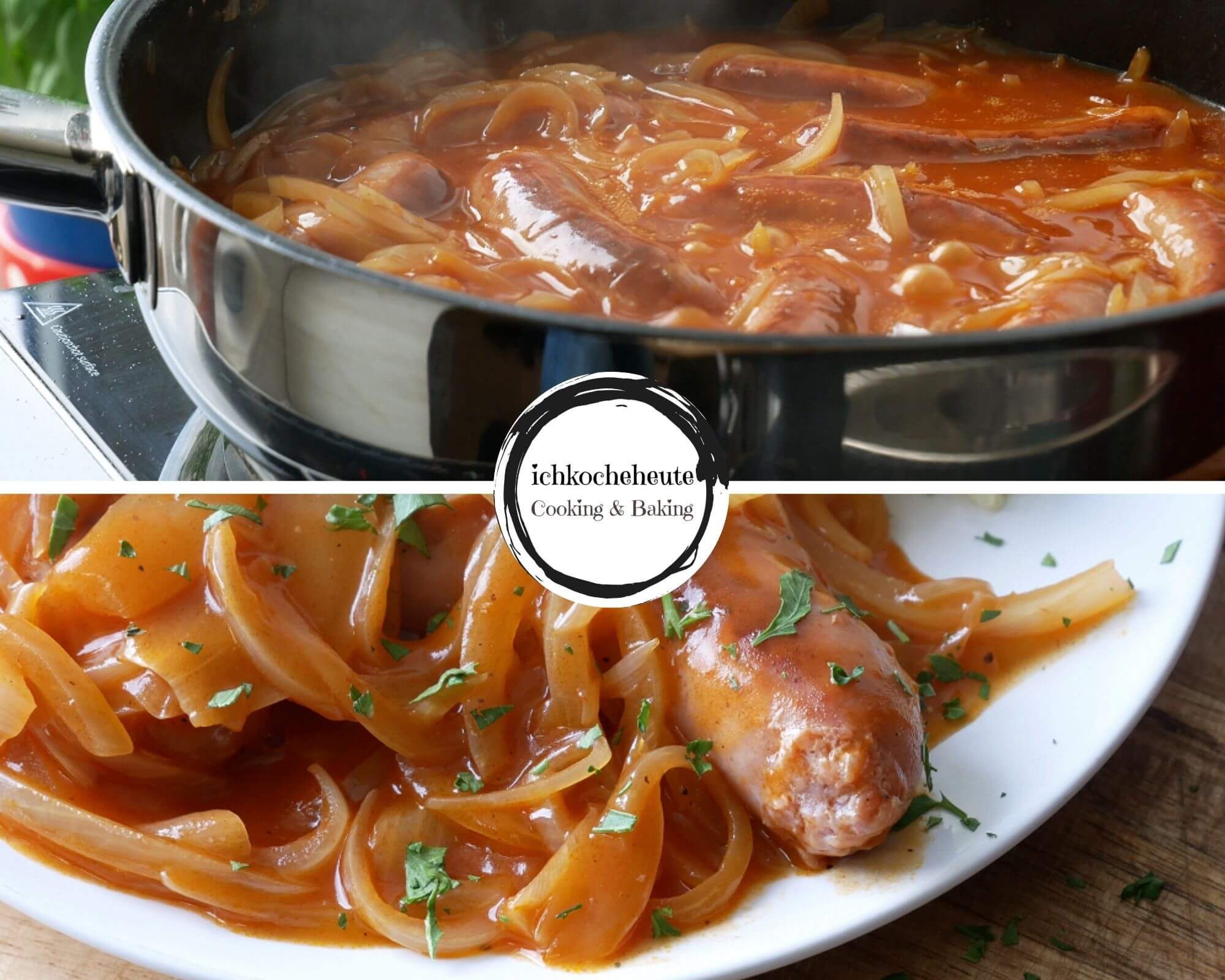 Then dish up the sausages with the onion gravy on plates & serve along with, for example, mashed potatoes. Have fun cooking!