In today’s post, I’ll show you a simple & easy recipe for a quick potato salad with bacon & rocket.

The potato salad is made super fast & without much effort & is ideal as a side dish for barbecue or even as a light main dish for lunch or dinner. I wish you lots of fun cooking 😉 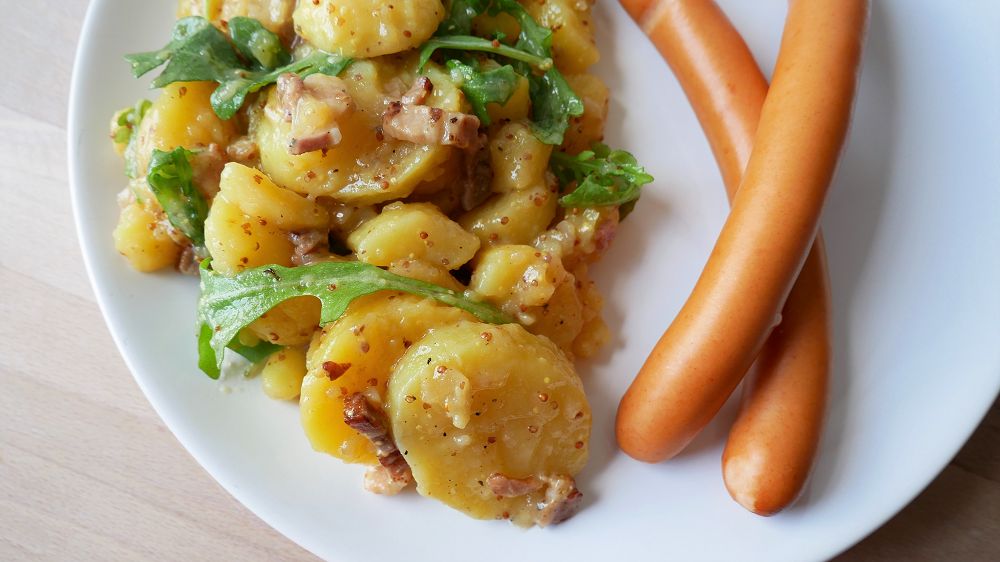 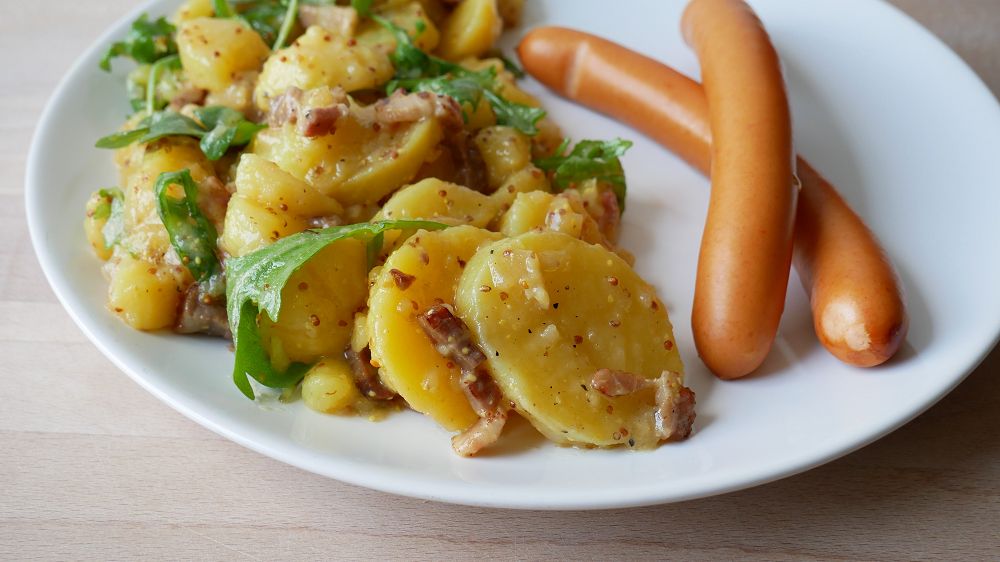 Cover potatoes (with skin) in a large pot with salted water, bring to a boil and then cook over low to medium heat with lid closed for 20 – 25 minutes. Drain the potatoes over a pasta strainer and let them steam to cool a bit. 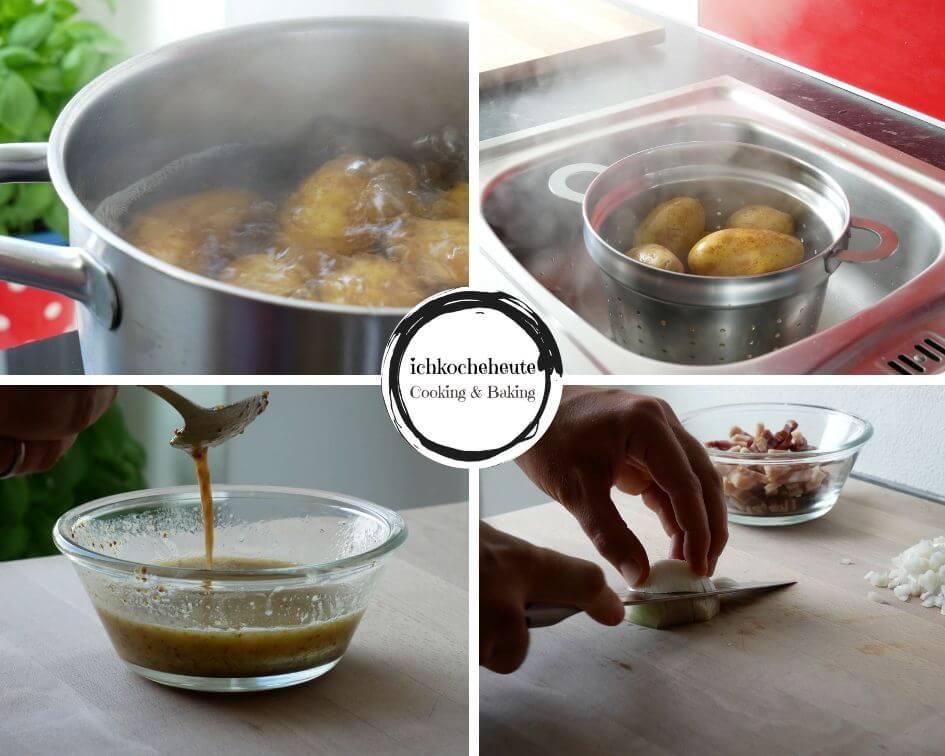 In a small bowl whisk together 2 tablespoons grainy mustard, 75 milliliters white wine vinegar & 50 milliliters canola oil until you got a dressing, then set aside until further use. Cut 150 grams of smoked bacon into cubes or strips. Peel off 1 onion and finely chop.

Heat up a pan adding a dash of oil, put onions & bacon to the pan and sauté over medium heat for about 3 – 4 minutes stirring from time to time. Finally pour in 400 milliliters vegetable stock, bring everything to a boil and then remove from heat. 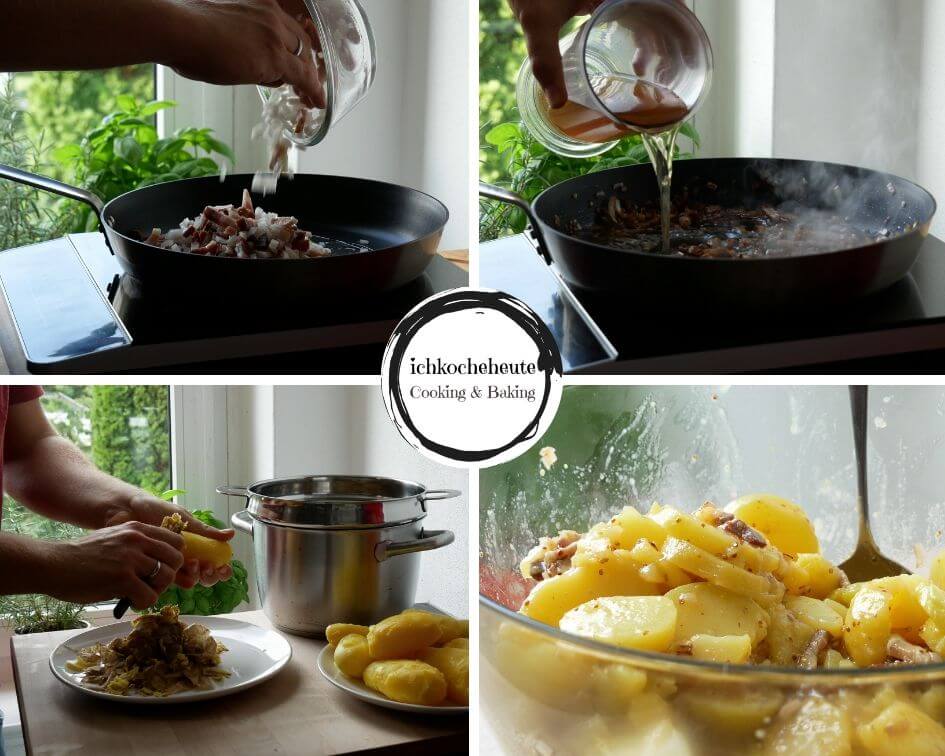 Peel the potatoes still warm with a small knife and then cut into thin slices. Transfer the potato slices to a salad bowl & mix together with the hot onion-bacon broth & the vinegar-oil dressing.


Then set the potato salad aside to cool down a bit & to make sure the potatoes have almost completely absorbed the broth. Season with salt & pepper to taste & fold in as much rocket as you want just before serving. I wish you lots of fun cooking 😉