“Königsberger Klopse” or German Meatballs with Caper Sauce are an East Prussian specialty made of cooked meatballs in white sauce with capers. They are named after the former capital Königsberg and the East Prussian word for “little dumpling”.

In today’s post, I’ll show you a recipe German meatballs with capers, but the capers can also be left out according to taste. Have fun cooking! 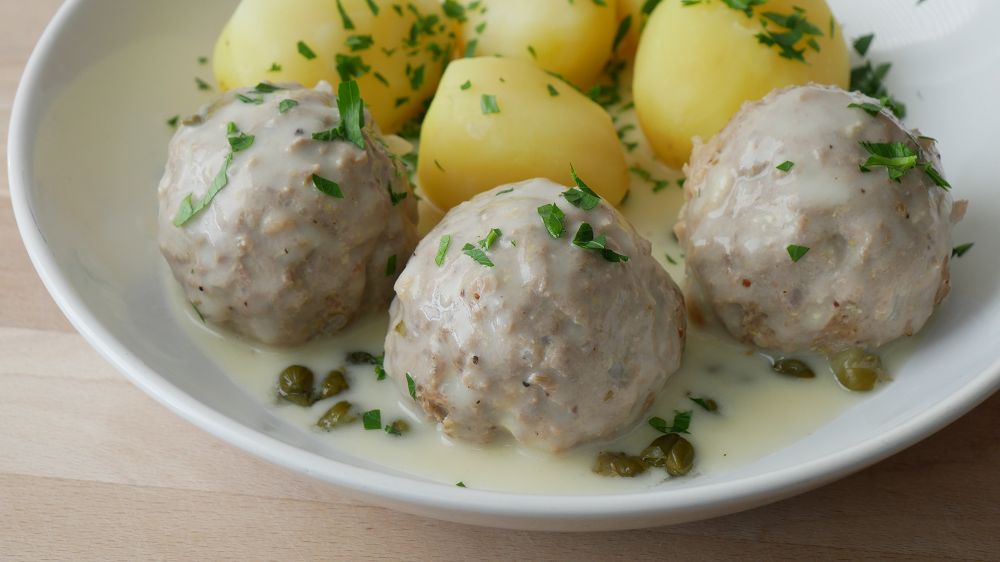 Ingredients for 12 Meatballs with Sauce:

Peel off an onion and chop finely. Pour a bread roll (from the day before) over with 100 milliliters warm milk and allow to soak, then squeeze it out. Put the ground meat together with the bread roll, onions, 2 anchovy fillets, 2 eggs, 1 heaping tablespoon of mustard, 50 grams of breadcrumbs & a good pinch of salt & pepper in a mixing bowl. 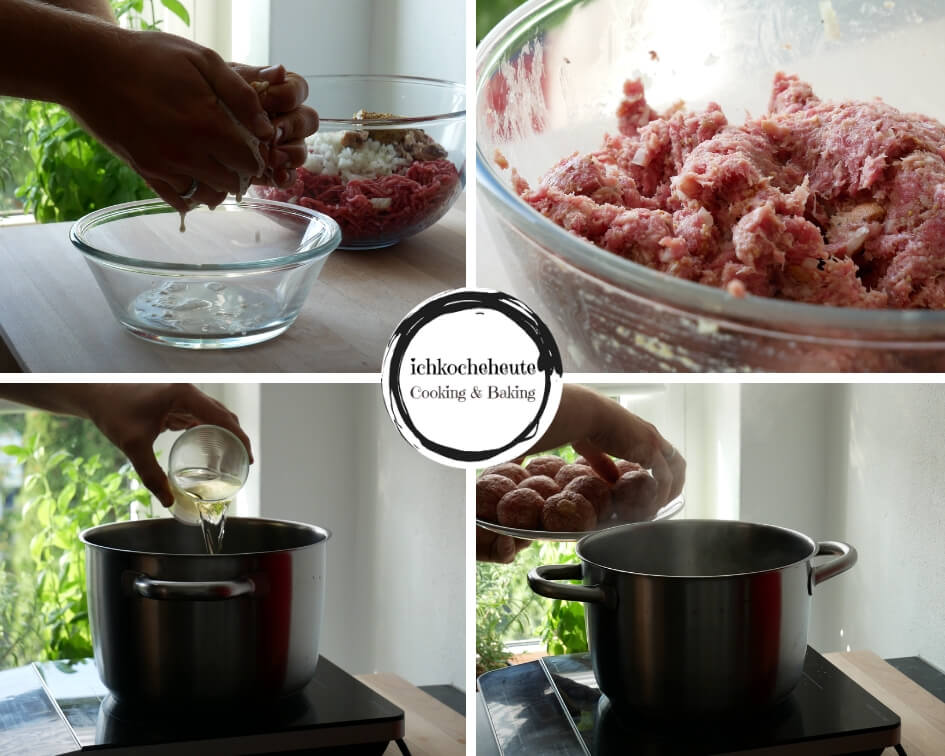 Then mix everything with your hands until all the ingredients have evenly distributed & form 12 equal sized balls from the mixture. Pour 2 liters of water into a large pot, add 200 milliliters of white wine and add 3 – 4 cloves, allspice & peppercorns, 2 – 3 bay leaves and 1 tablespoon of salt to the water.


Bring the water to a boil and then turn the heat down until it just slightly simmers. Put the shaped meatballs into the water and allow them to simmer for about 15 – 20 minutes. The meatballs are done as soon as they float to the surface.

Skim off 800 milliliters of cooking water from the ready-made meatballs. Next, heat up a saucepan adding 40 grams of butter over low to medium heat. Once the butter has completely melted & begins to foam add 40 grams flour and stir together with a whisk. 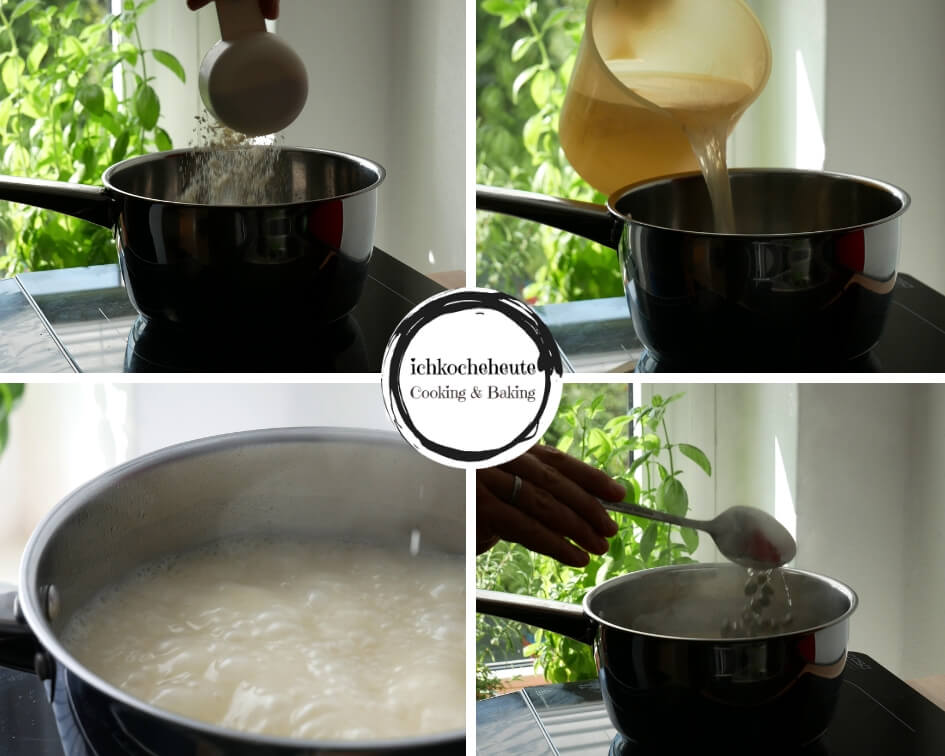 Sweat the flour-butter mixture while stirring for approx. 1 minute, then add the skimmed cooking water and stir in with a whisk until free of lumps. Bring the sauce to a boil while stirring and then allow to simmer for about 5 minutes over low to medium heat.


Finally, add 1 – 2 tablespoons of capers, also pour in 100 milliliters of cream and season with a pinch of salt, sugar & pepper. Remove the done sauce from heat and serve it along with the meatballs, possibly with boiled potatoes. Have fun cooking!