In today’s post I will show you a quick & easy recipe for “Panzanella”, an Italian bread salad with tomatoes, cucumber, mozzarella, plenty of olive oil & roasted ciabatta.

The bread salad is made super quickly and without much effort and is ideal as a side dish for grilling & barbecuing. Have fun cooking! 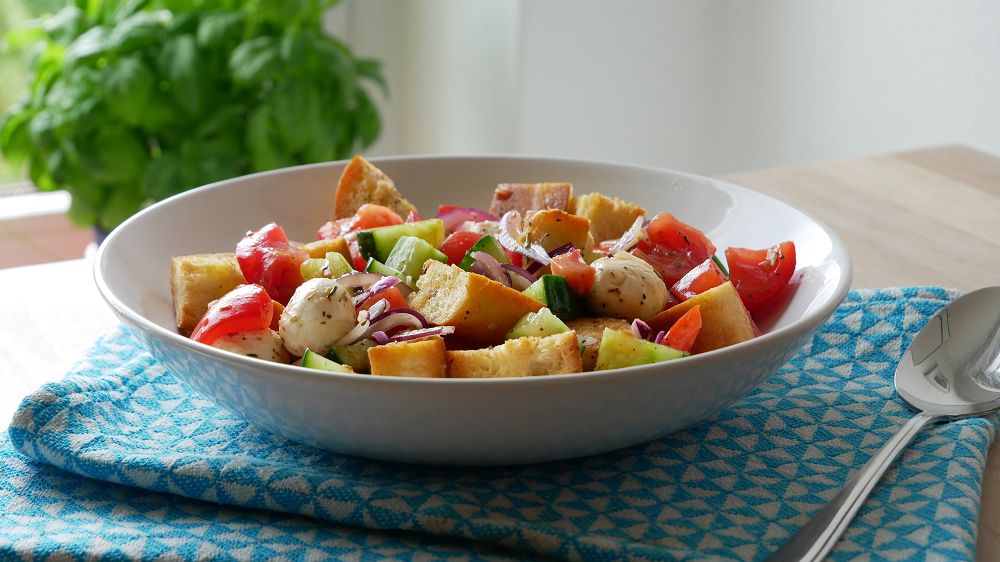 Preheat the oven to 180°C (top/bottom heat). Cut Ciabatta into bite-size cubes with a knife and spread on a baking sheet lined with baking paper. 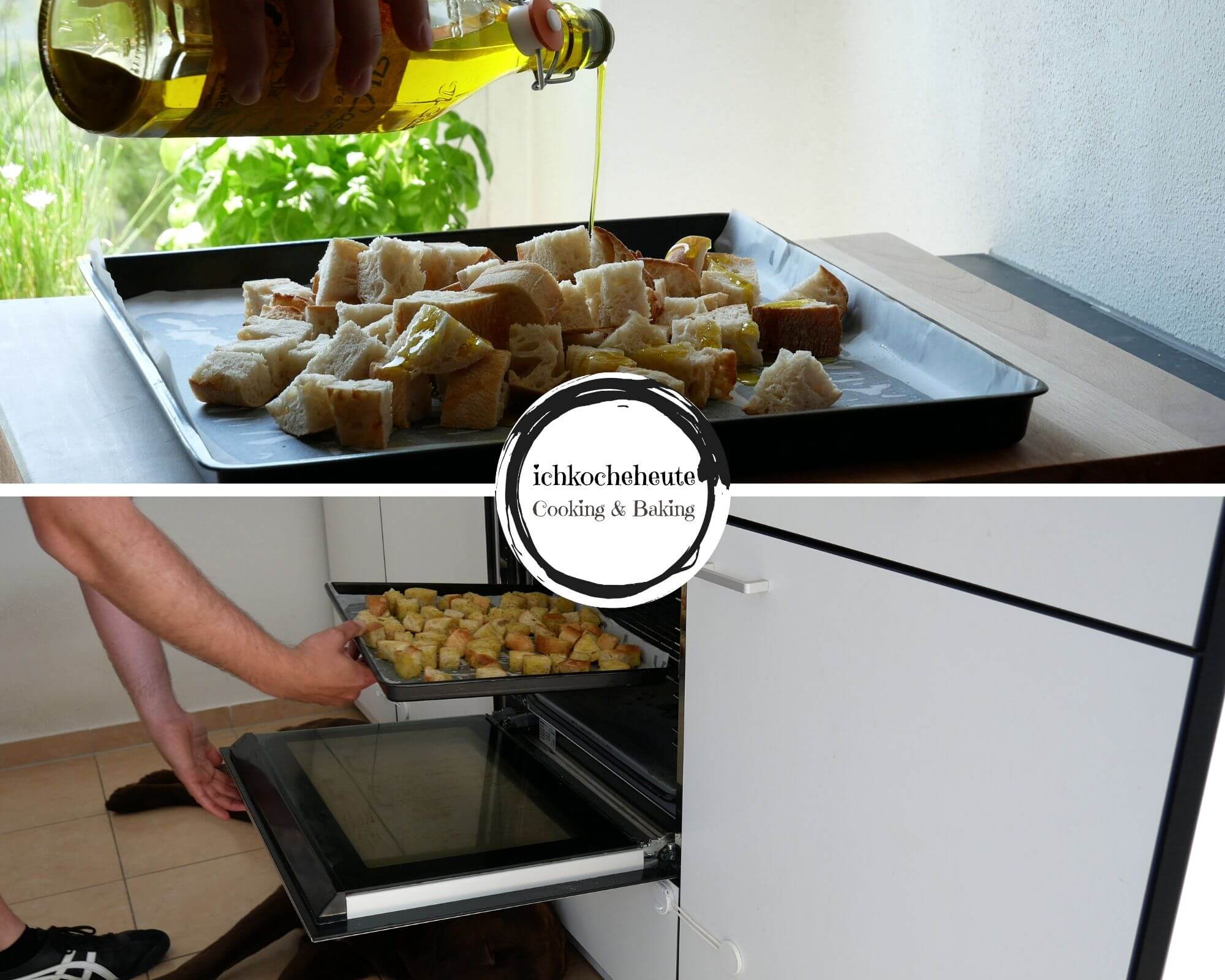 Season the bread cubes with a good dash of olive oil and a pinch of salt and pepper, mix everything well once until all bread cubes are evenly wetted with oil and then bake in a preheated oven for 10 – 15 minutes until golden and crispy. 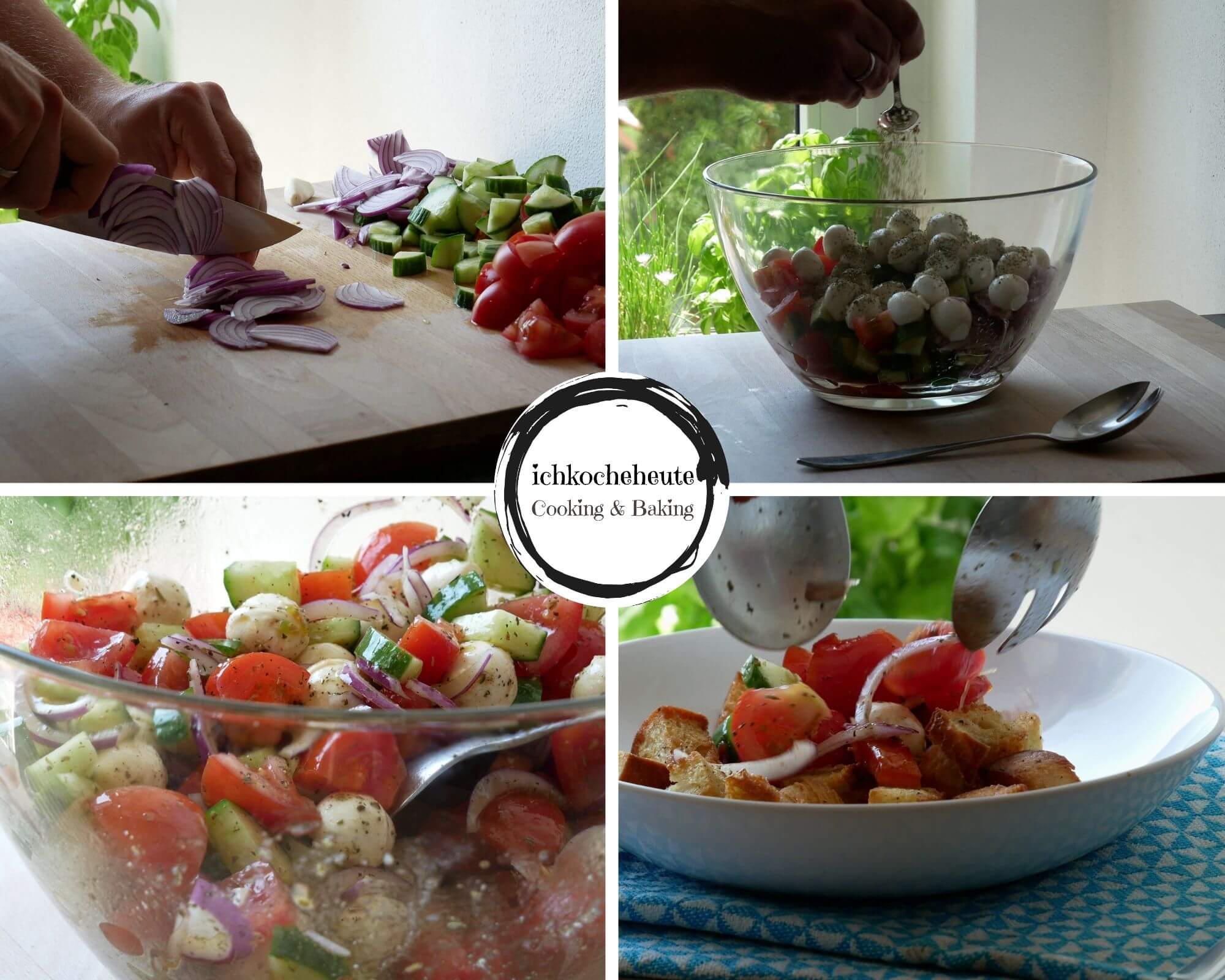 
After 10 – 15 minutes, take the toasted bread cubes out of the oven, allow to cool briefly and then spread them on deep plates. Arrange the salad on the bread cubes and serve immediately. Have fun cooking!