It’s time again for another XXL giant candy/sweet recipe on this blog 🙂 Today I will show you a huge doughnut with chocolate icing & colorful smarties.

Instead of deep-frying the donut/doughnut, I rubbed the surface with a little oil & bake it in a round springform pan in the oven, which seemed easier to me than having to turn the gigantic circle of dough in the hot oil 😉 Have fun baking! 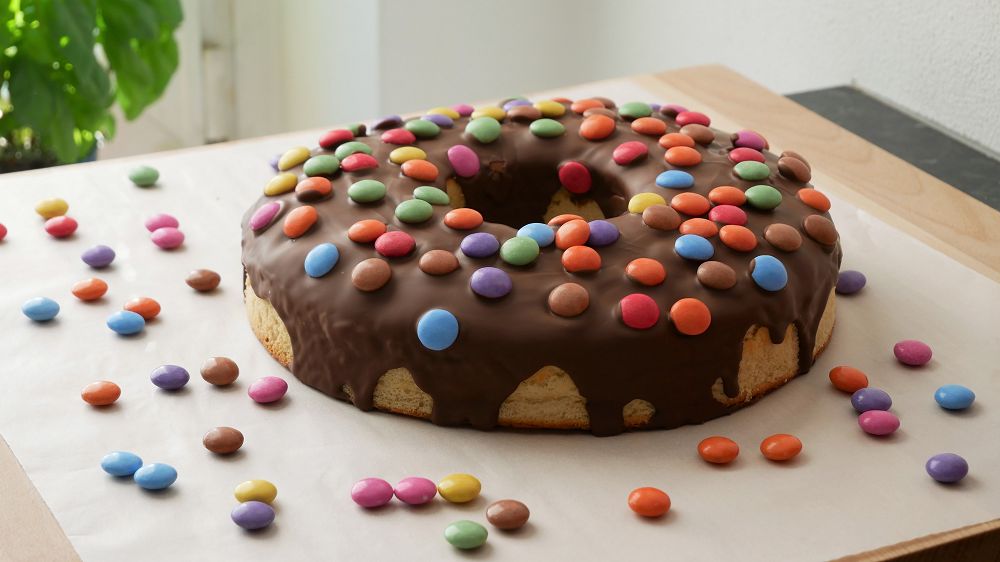 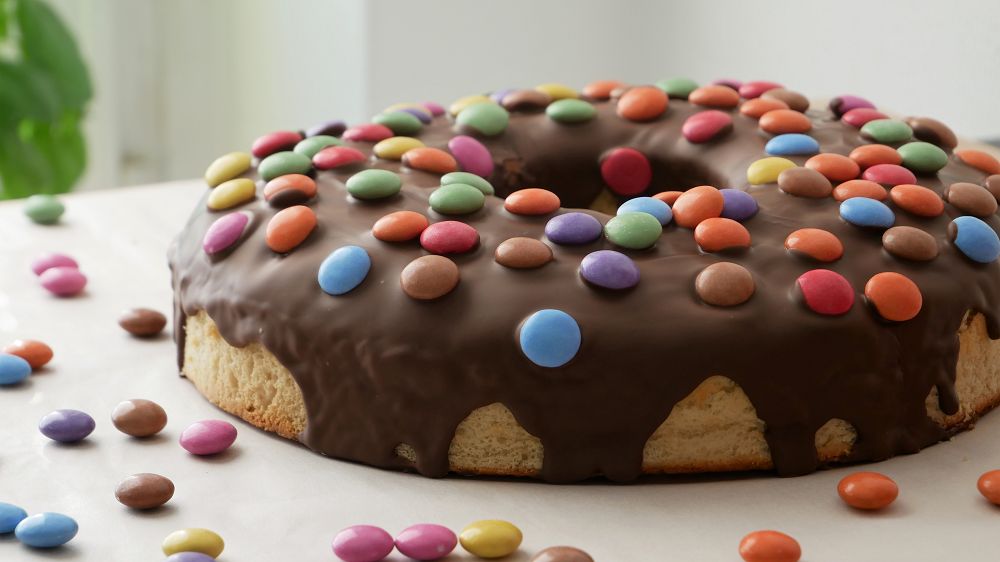 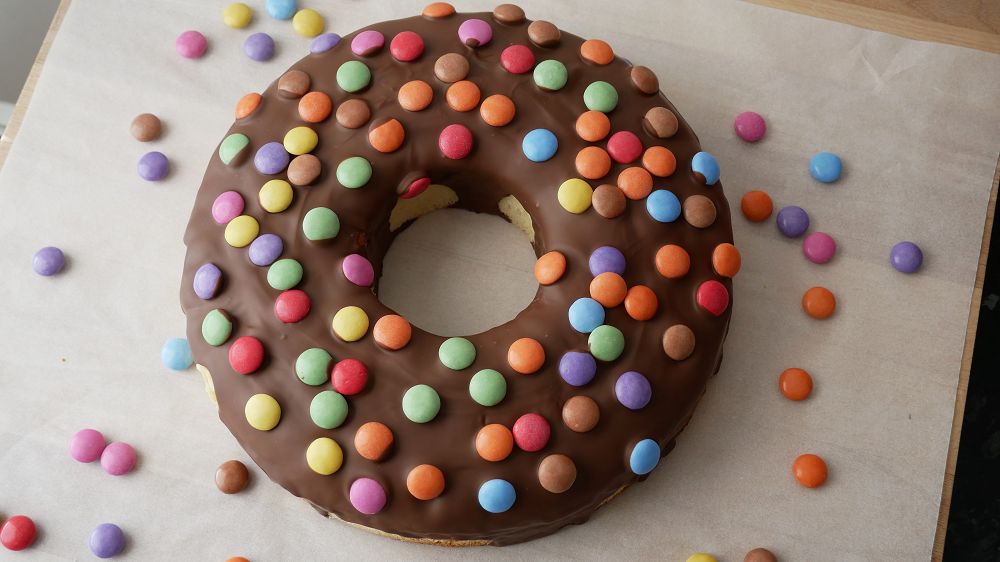 Crumble 20 grams fresh yeast in a tall container, add 75 grams of sugar, 1 sachet of vanilla sugar & 175 milliliters of lukewarm milk & stir together with a whisk or fork until the yeast & sugar have completely dissolved. 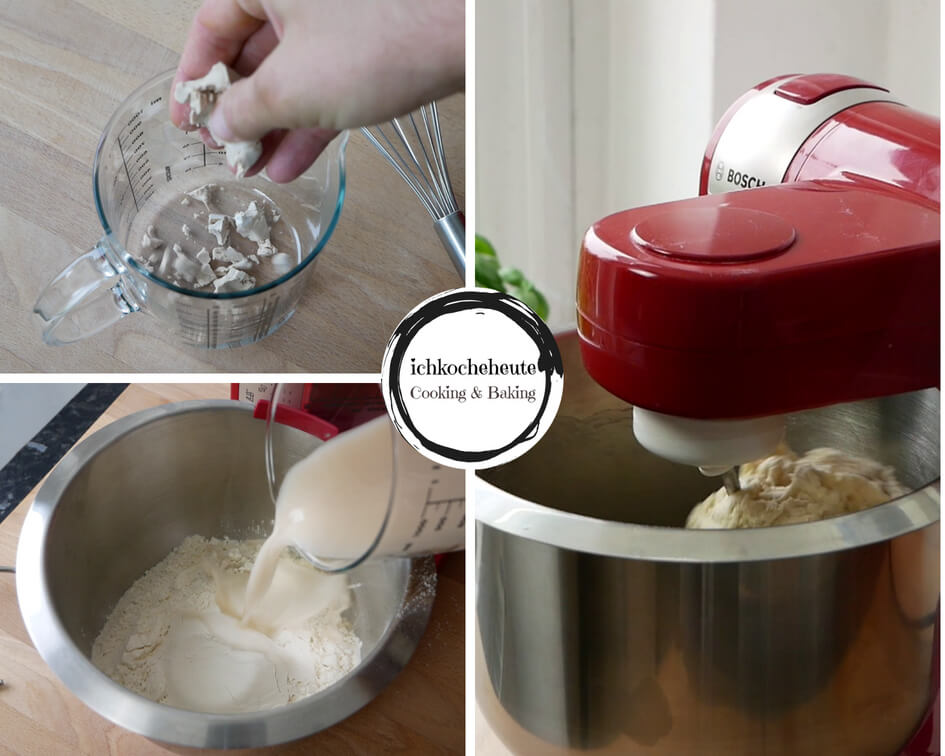 Next, put the yeast-milk mixture along with 400 grams of flour, 50 grams of soft butter, 1 egg & a pinch of salt in a mixing bowl & knead with a food processor or a mixer with a dough hook for about 4 – 5 minutes to form a smooth & still sticky dough.


…for the giant doughnut:

Then place the dough on a baking sheet lined with baking paper, place a greased baking frame (24cm diameter) around & press the sticky dough evenly into the mold with oiled hands. 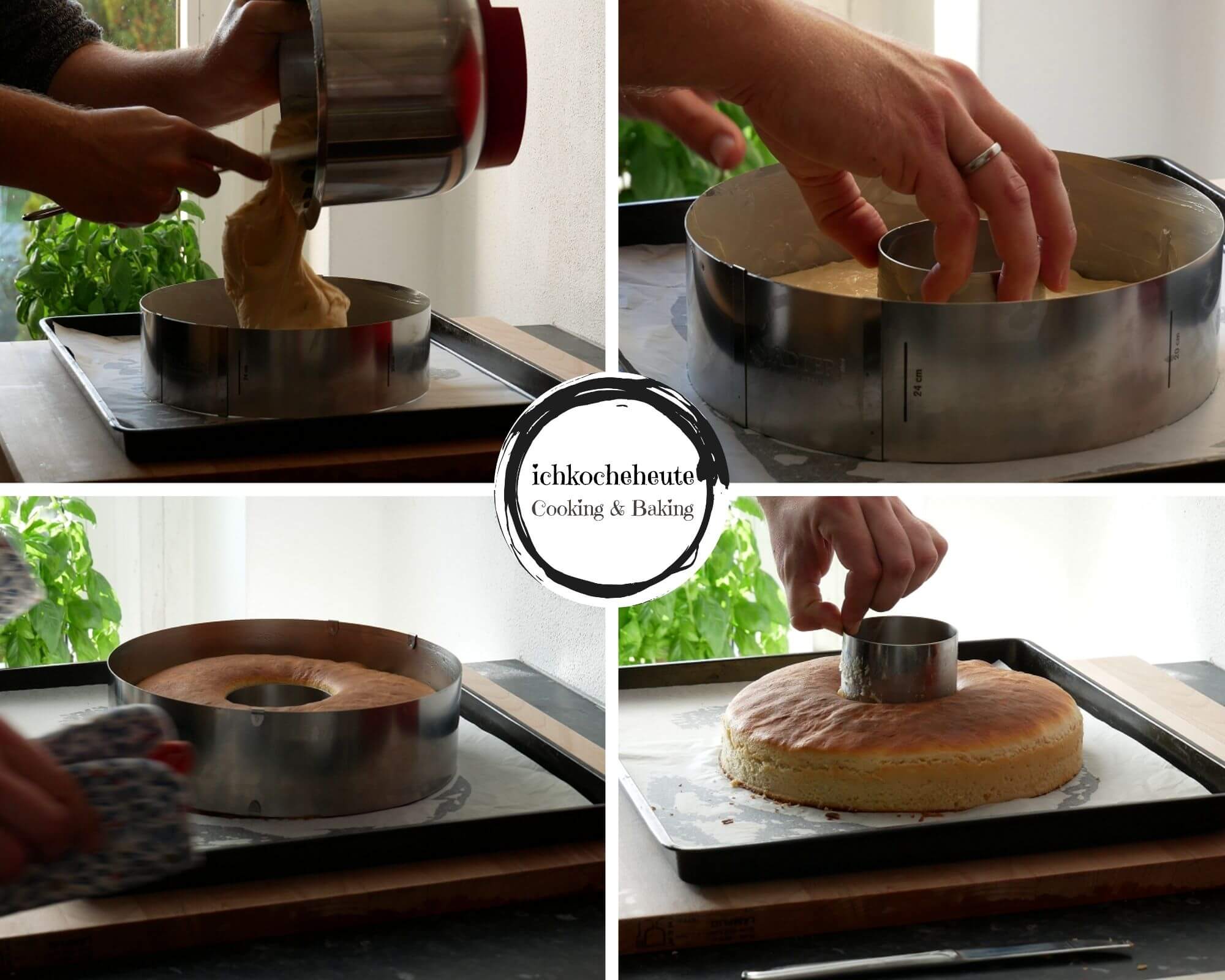 Finally, cut out the middle with a 5cm – 6cm round cookie cutter, then cover the dough with a kitchen towel & allow to rest for 45 – 60 minutes in a warm place until the dough volume has increased significantly.


Preheat the oven to 200°C (top/bottom heat) in good time. After the resting time, bake the giant doughnut in the preheated oven until golden brown, then take it out of the oven, allow to cool down a little and remove the baking frame or springform pan. 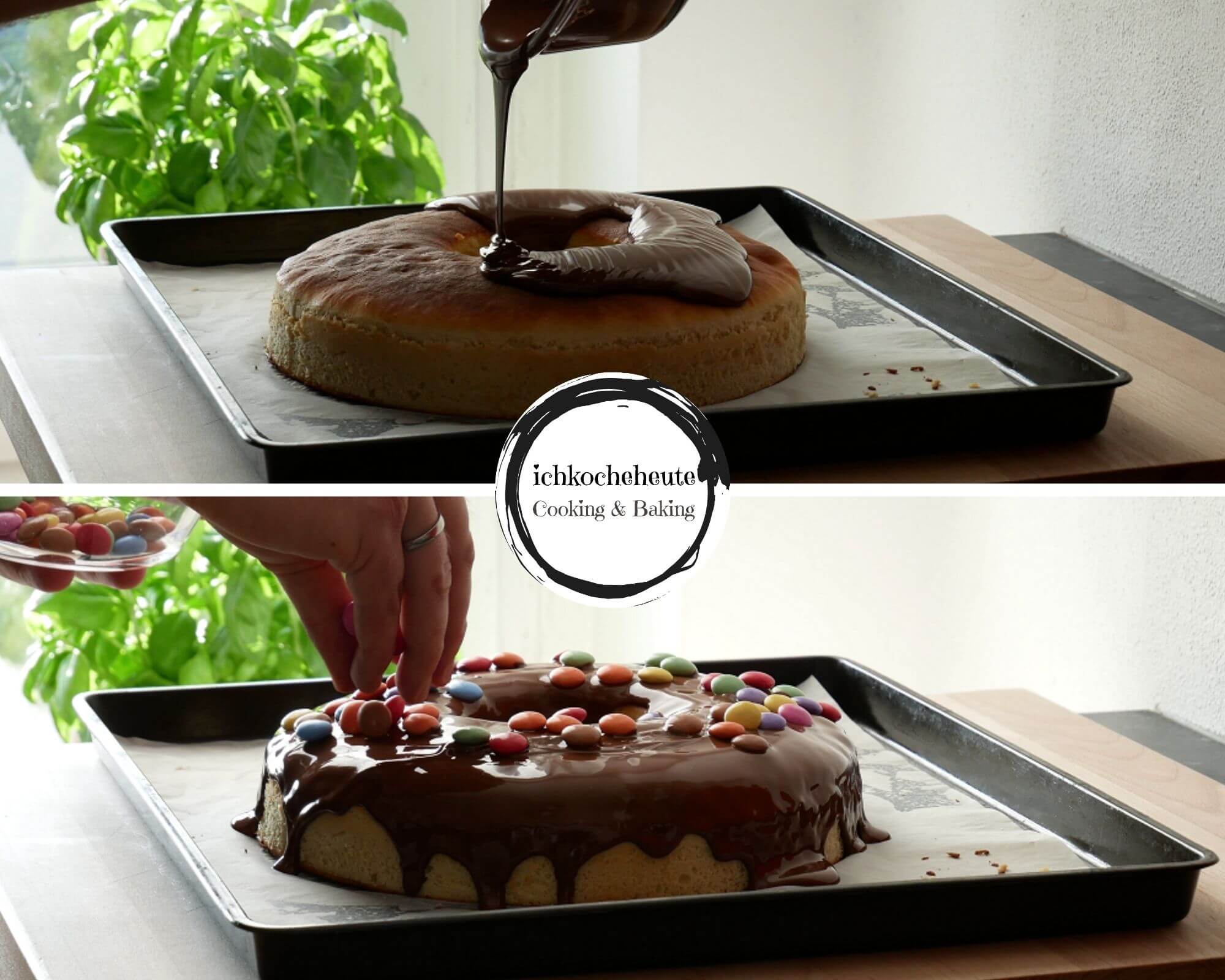 Then brush the completely cooled donut/doughnut with melted milk chocolate & decorate with Smarties or other sweets & toppings of your choice. Have fun baking!
Video Tutorial: