In today’s post I will show you a quick & easy recipe for delicious spaghetti patties or fritters with bacon, the ideal recipe for using leftover spaghetti.

The spaghetti is mixed with 4 other ingredients and can then be baked or seared immediately. Have fun cooking! 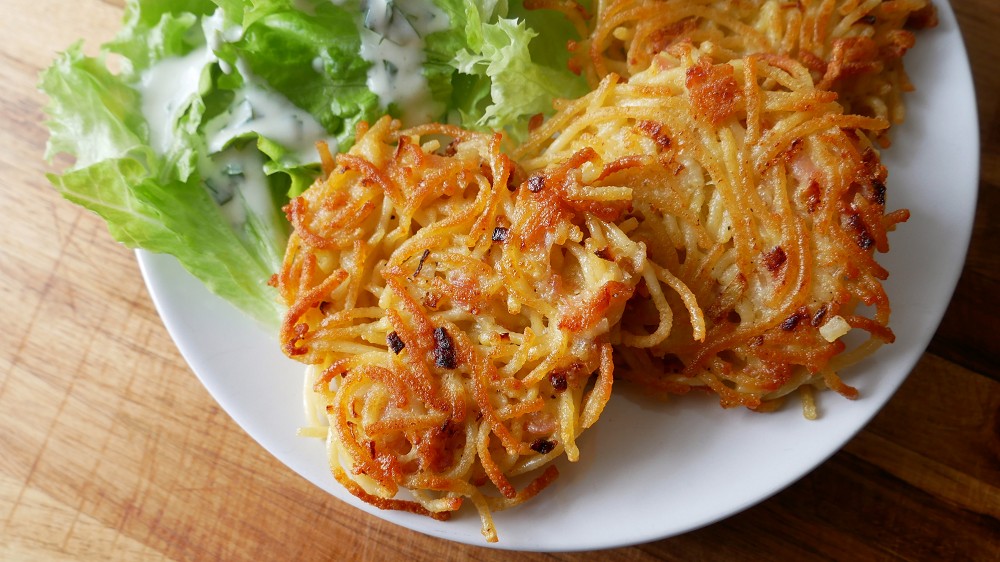 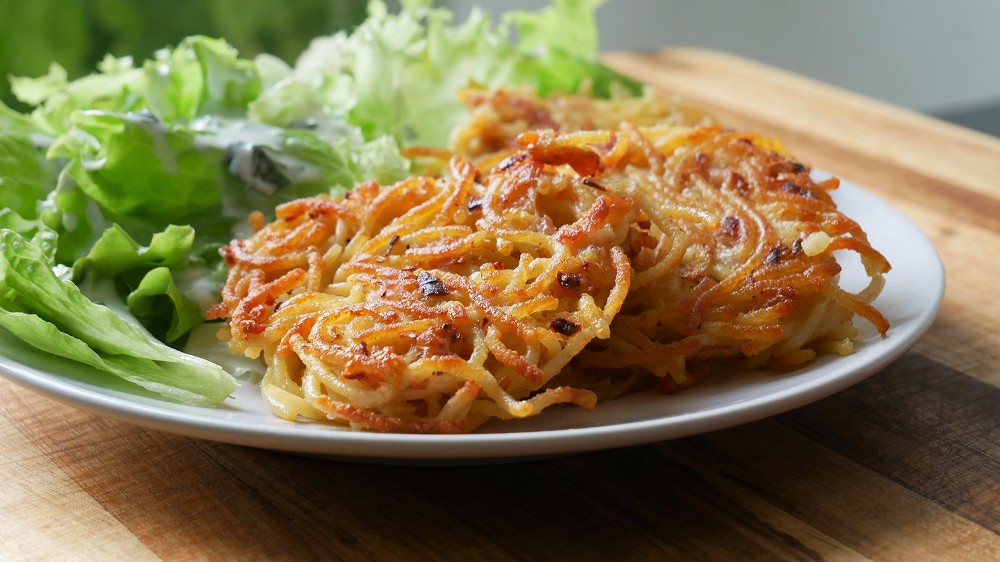 Peel the onion & chop finely. Cut the bacon into thin strips. Mix bacon & onions together with 500 grams of cooked spaghetti, 2 eggs & 75 grams of grated Parmesan in a large mixing bowl & season with pepper (the bacon & parmesan should have enough salt). 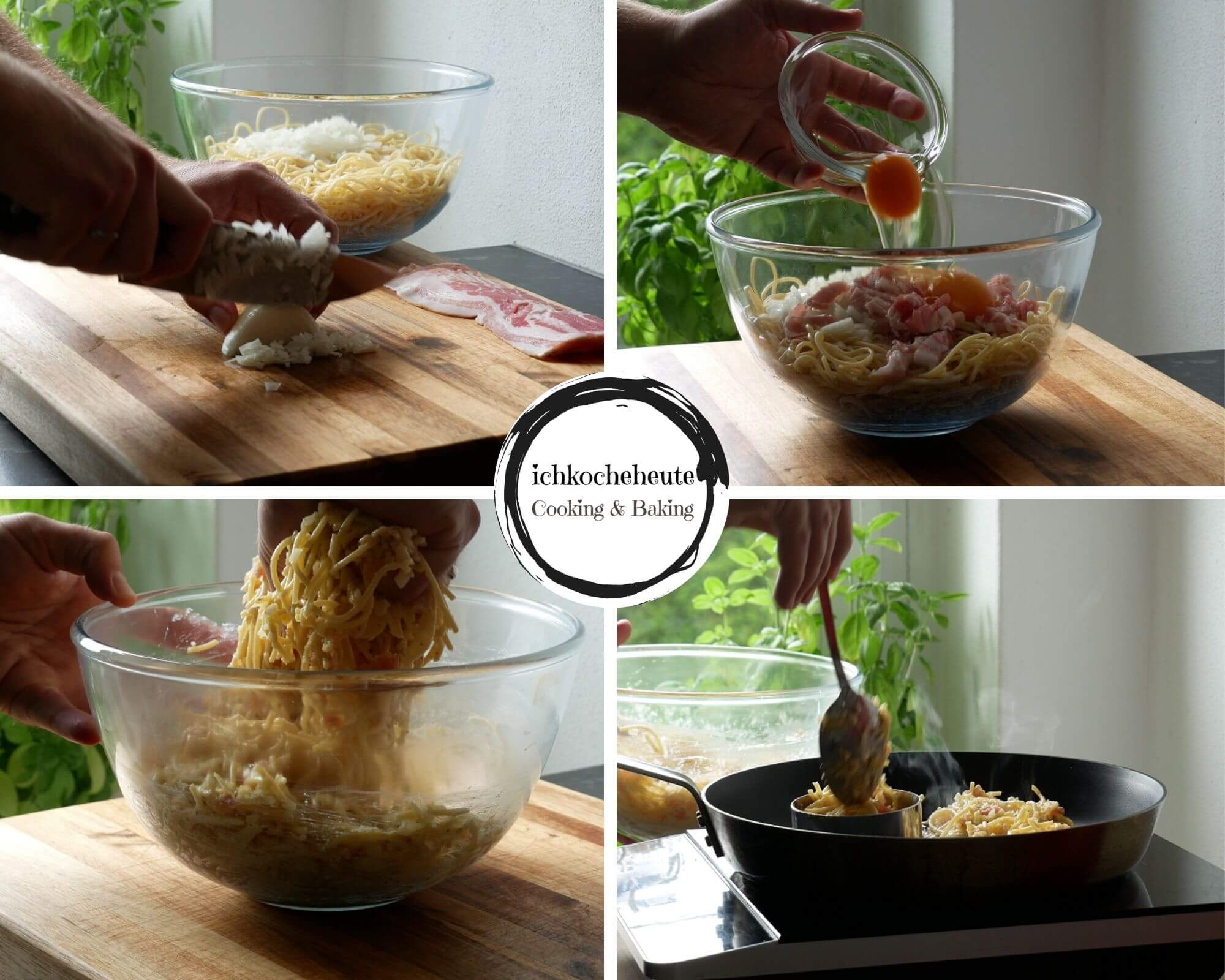 Preparations for Spaghetti Fritters with Bacon

Mix or knead all ingredients well with your hands until all ingredients are evenly distributed, while lightly mashing the spaghetti, this makes it easier to portion them when frying.


Then heat a large pan with plenty of oil, add the dough in portions (possibly with a dessert ring) and fry until golden brown for 3 – 4 minutes on each side over medium heat. 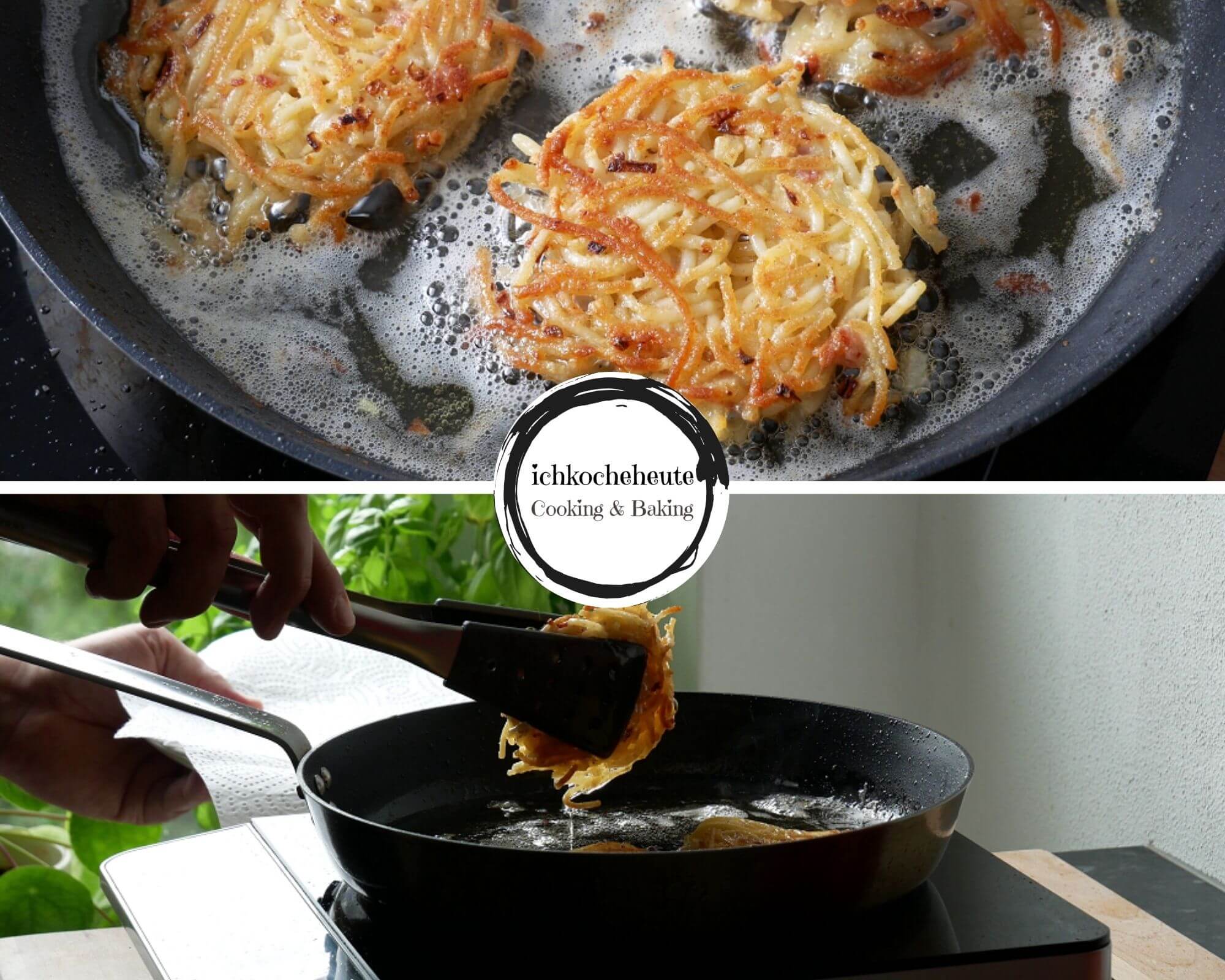