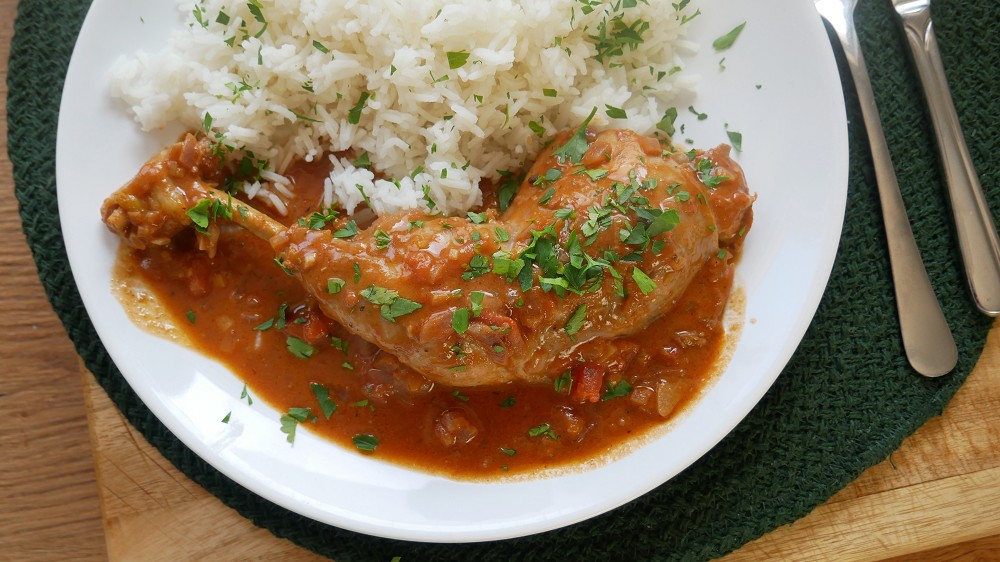 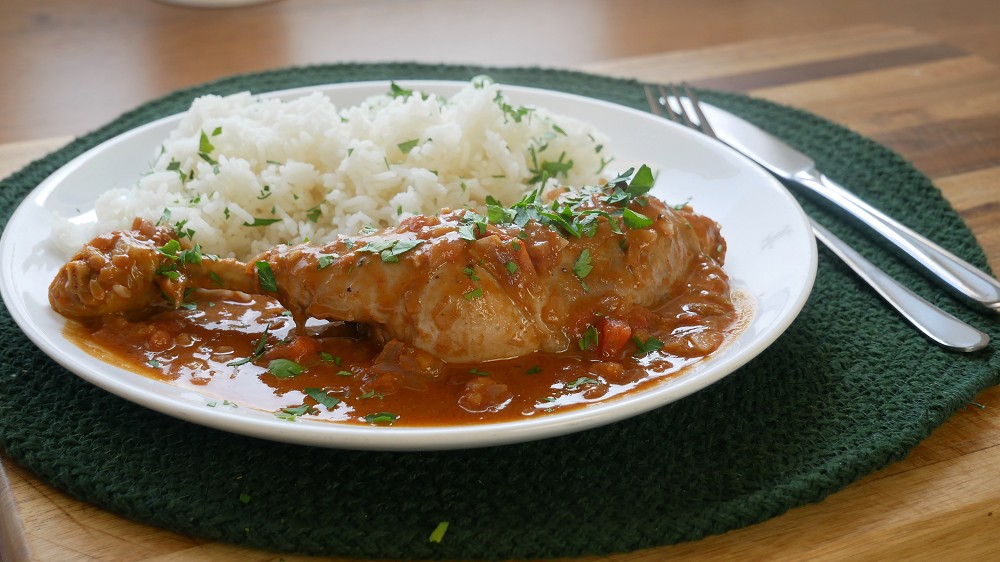 Grind 1 teaspoon of fennel seeds, 5 – 6 cloves & 4 – 5 black peppercorns in a mortar, then mix with 1 heaped teaspoon each of ground coriander, ground cumin & hot paprika powder, also add chilli flakes to your own taste (degree of spice). Then set the spice mixture aside. 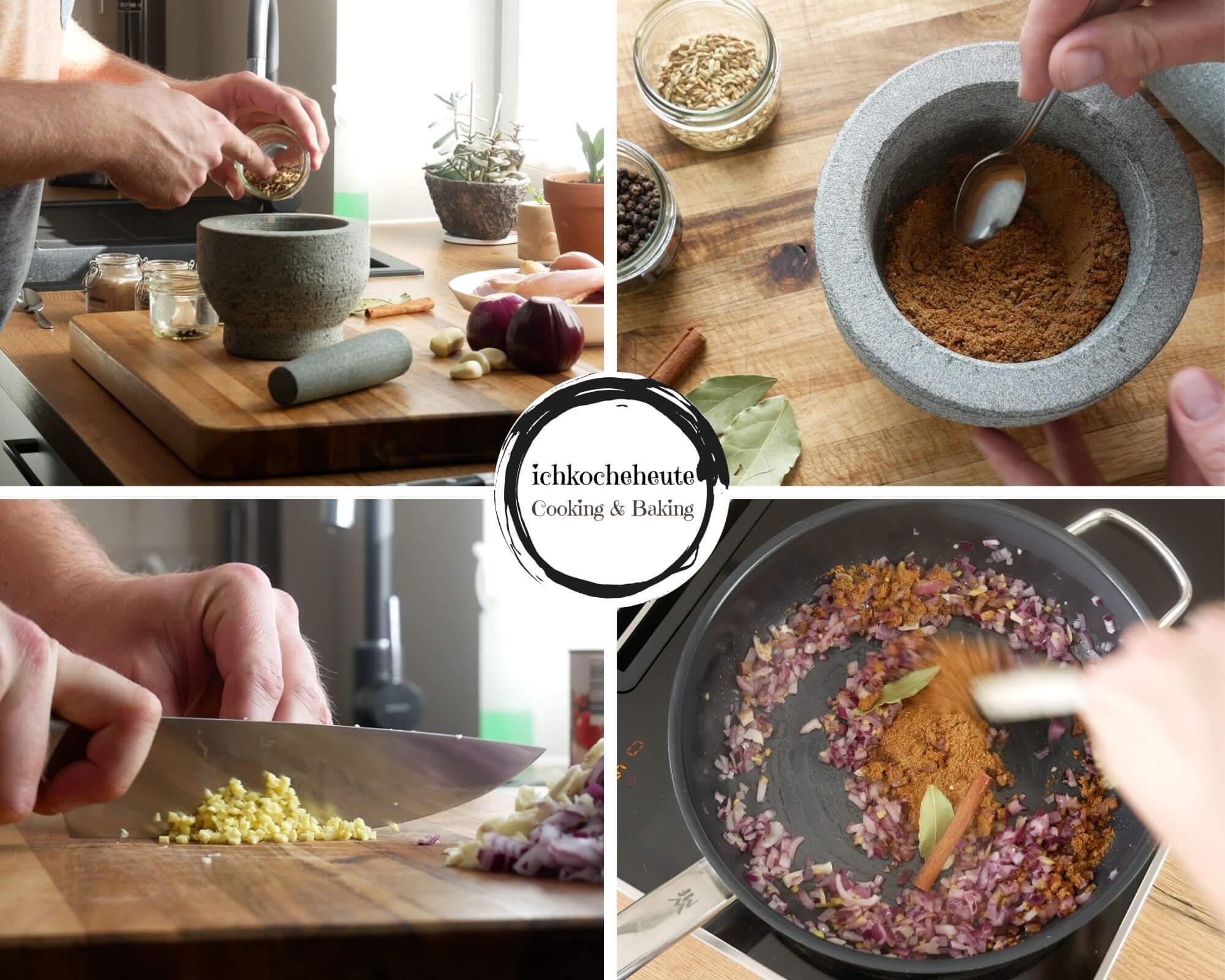 
When that is done, add the prepared spice mixture as well as 2 – 3 bay leaves & a cinnamon stick, stir everything once & allow the spices to roast briefly, then place the chicken legs next to each other in the pan & pour a can of creamy coconut milk and chopped tomatoes over the chicken. 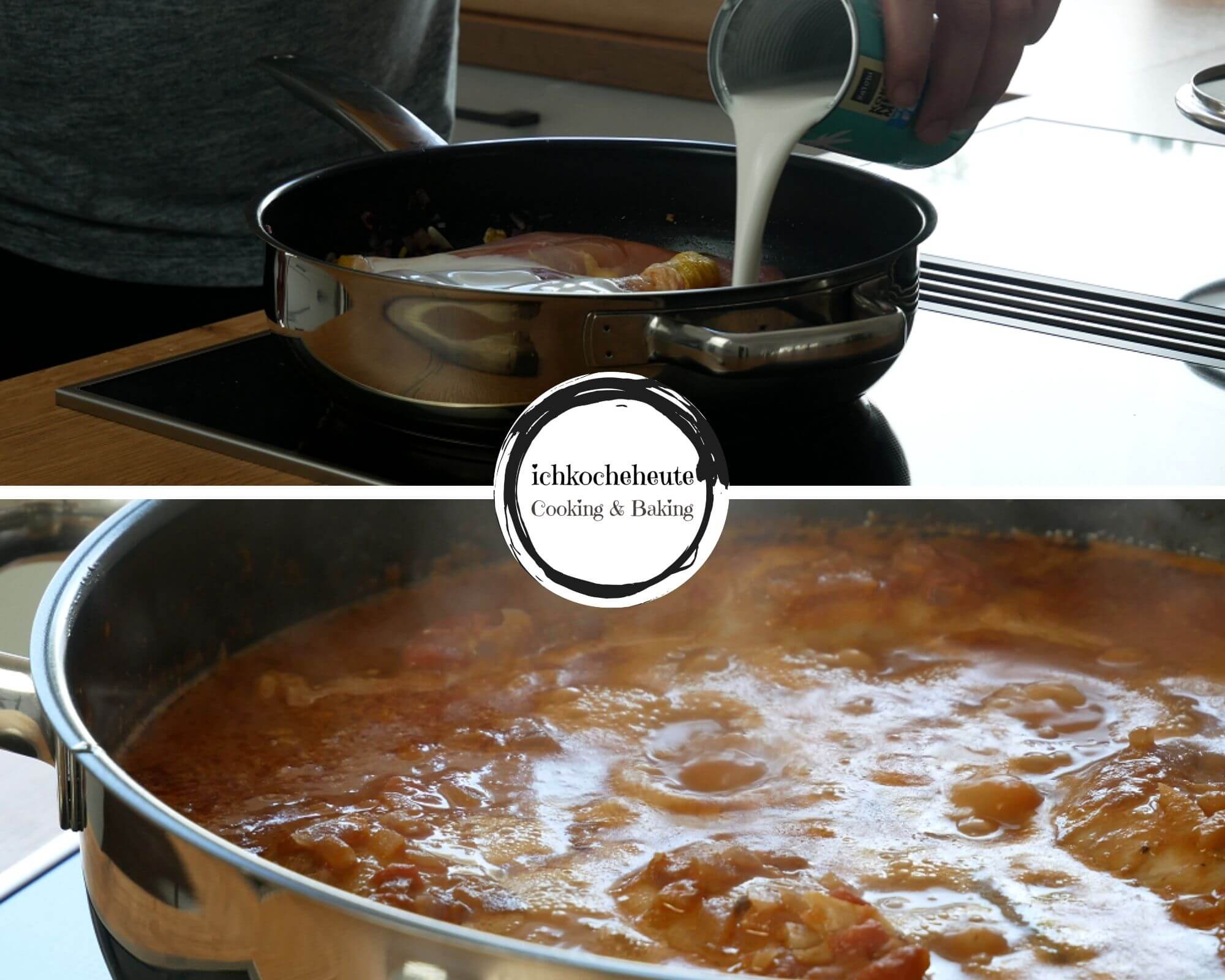 Then (possibly or if necessary) add a little more water until the chickens are just covered with liquid. Bring the contents of the pan to the boil & then simmer gently for 1 hour over low to medium heat (without the lid) until the chicken is cooked & the sauce has reached a creamy consistency. 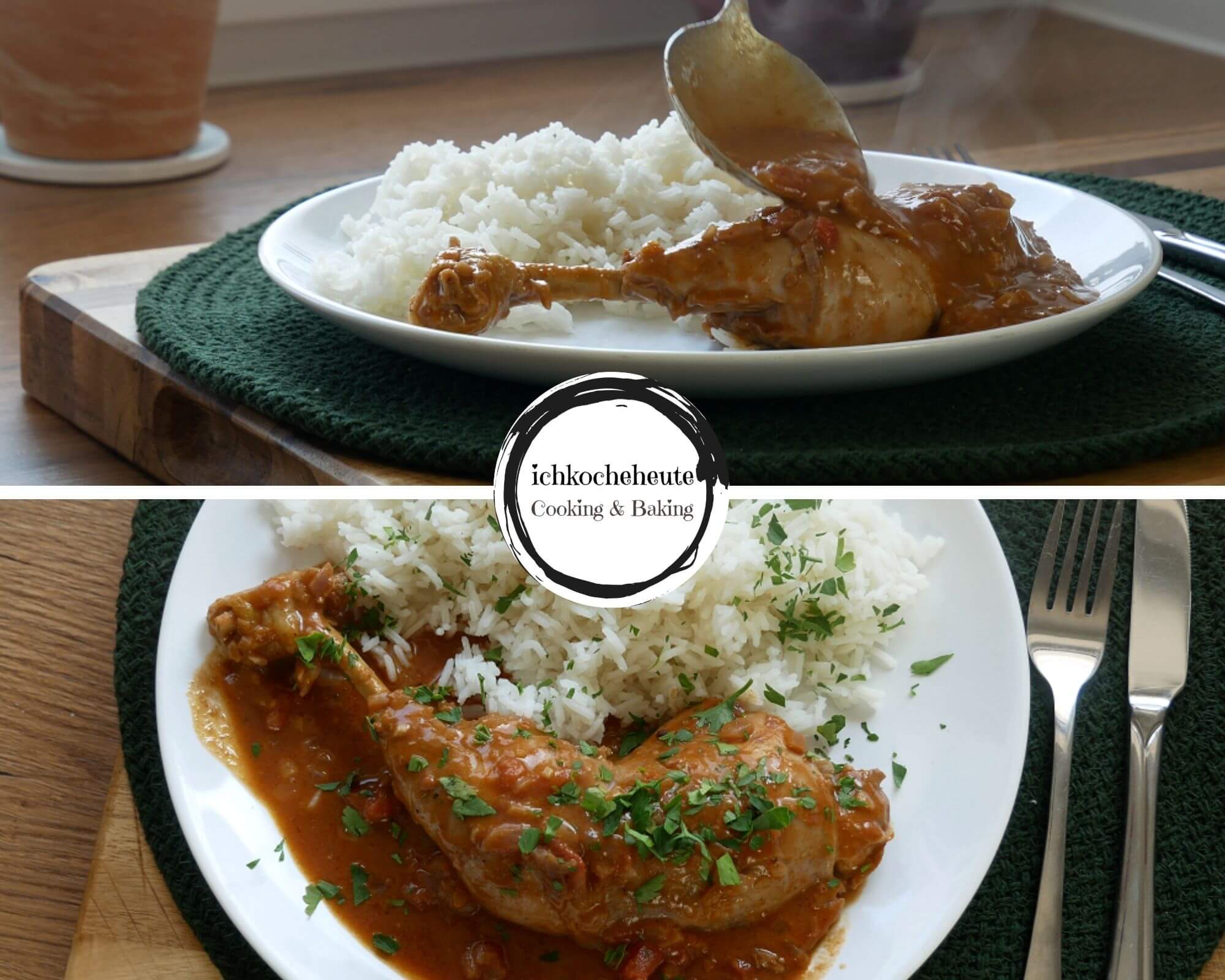 Finally, season everything with a good pinch of salt & spread the chicken on plates along with cooked rice or naan bread & serve garnished with chopped parsley or coriander. Have fun cooking!