In today’s post, I’ll show you a hearty recipe for a delicious potato paprika pot with cabanossi sausages, just the thing for the currently rainy & cold days.

The recipe is based on a farmer’s pot, a simple & hearty stew with meat & vegetables in a spicy sauce, a real home cooking from the rural kitchen. Have fun cooking! 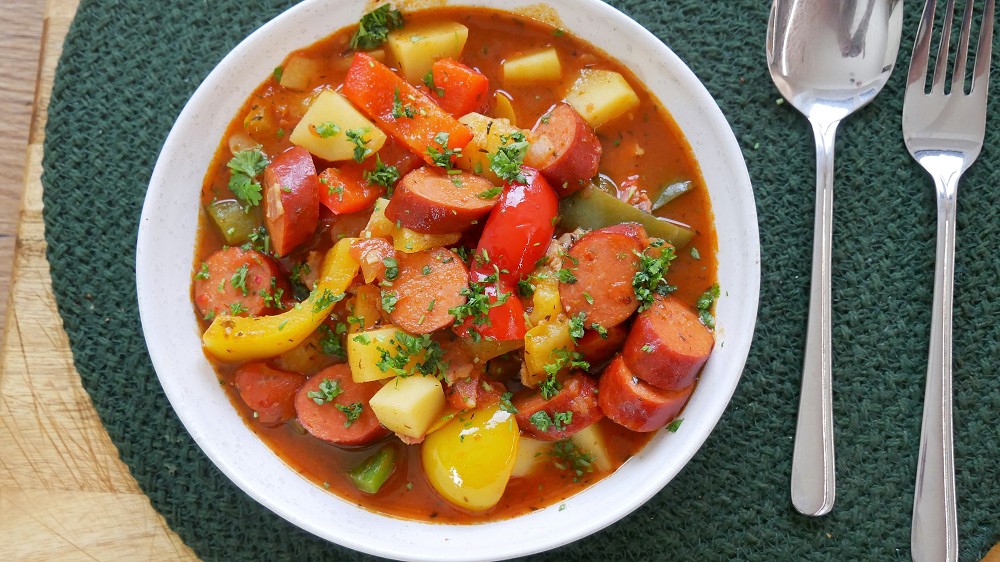 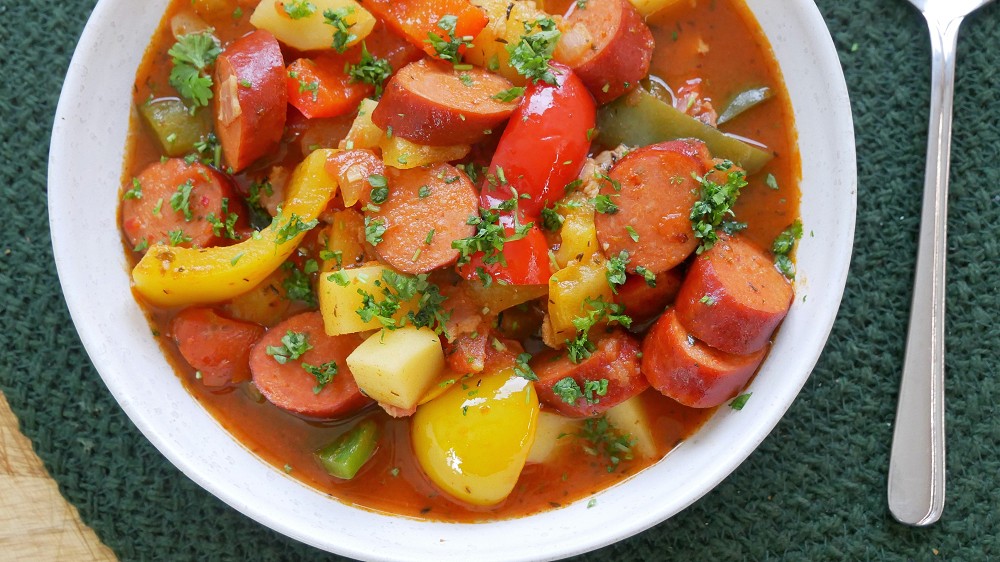 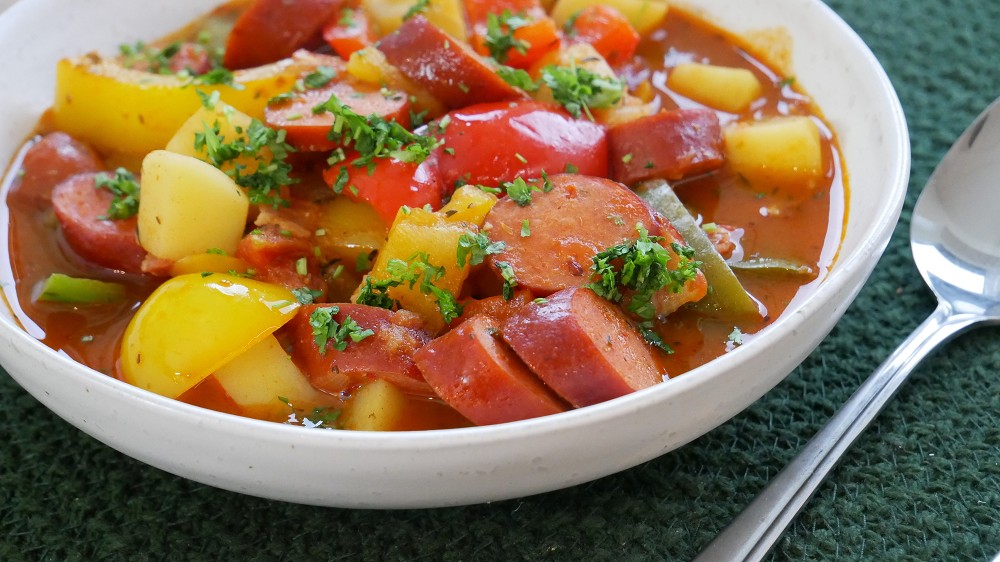 Peel and coarsely chop the onion. Peel the garlic and also chop roughly. Cut the bacon into strips. Peel the potatoes and cut into small pieces. Core the peppers & cut into bite-sized pieces or strips. Cut the cabanossi sausages into slices. Finely chop and set aside the parsley for the garnish. 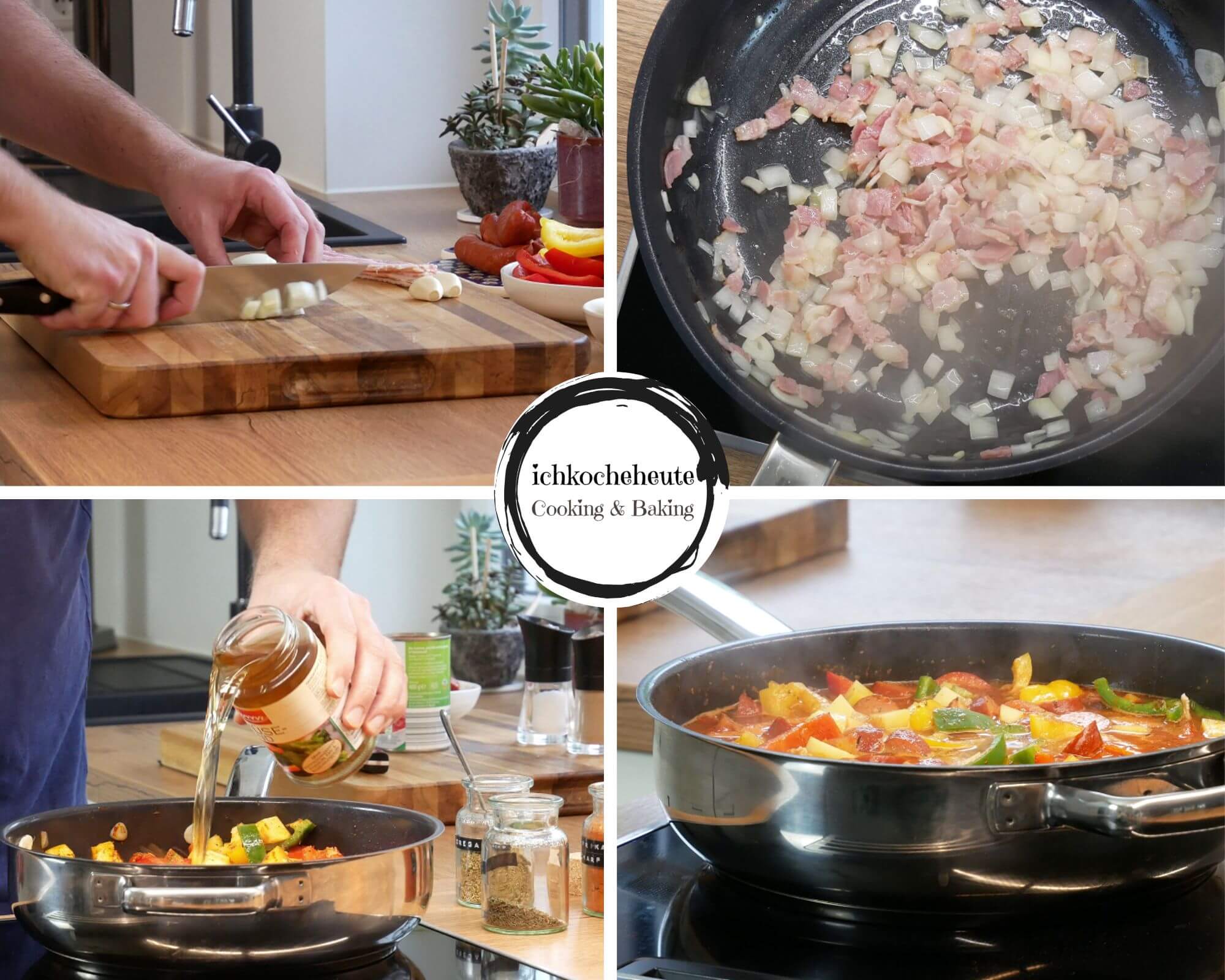 Heat a large pan or saucepan with a small dash of oil, add onions, bacon & garlic to pan & sauté for a few minutes, turning occasionally. Next add potatoes, paprika & cabanossi to the pan, sauté briefly & then season everything with a good teaspoon each of oregano, thyme & sweet as well as spicy/hot paprika powder.

Stir in the spices & then pour in 400 milliliters of vegetable stock and 1 can of chopped tomatoes, also season everything with a generous pinch of salt and pepper. Then add a little more water if necessary & if not everything is covered with liquid. 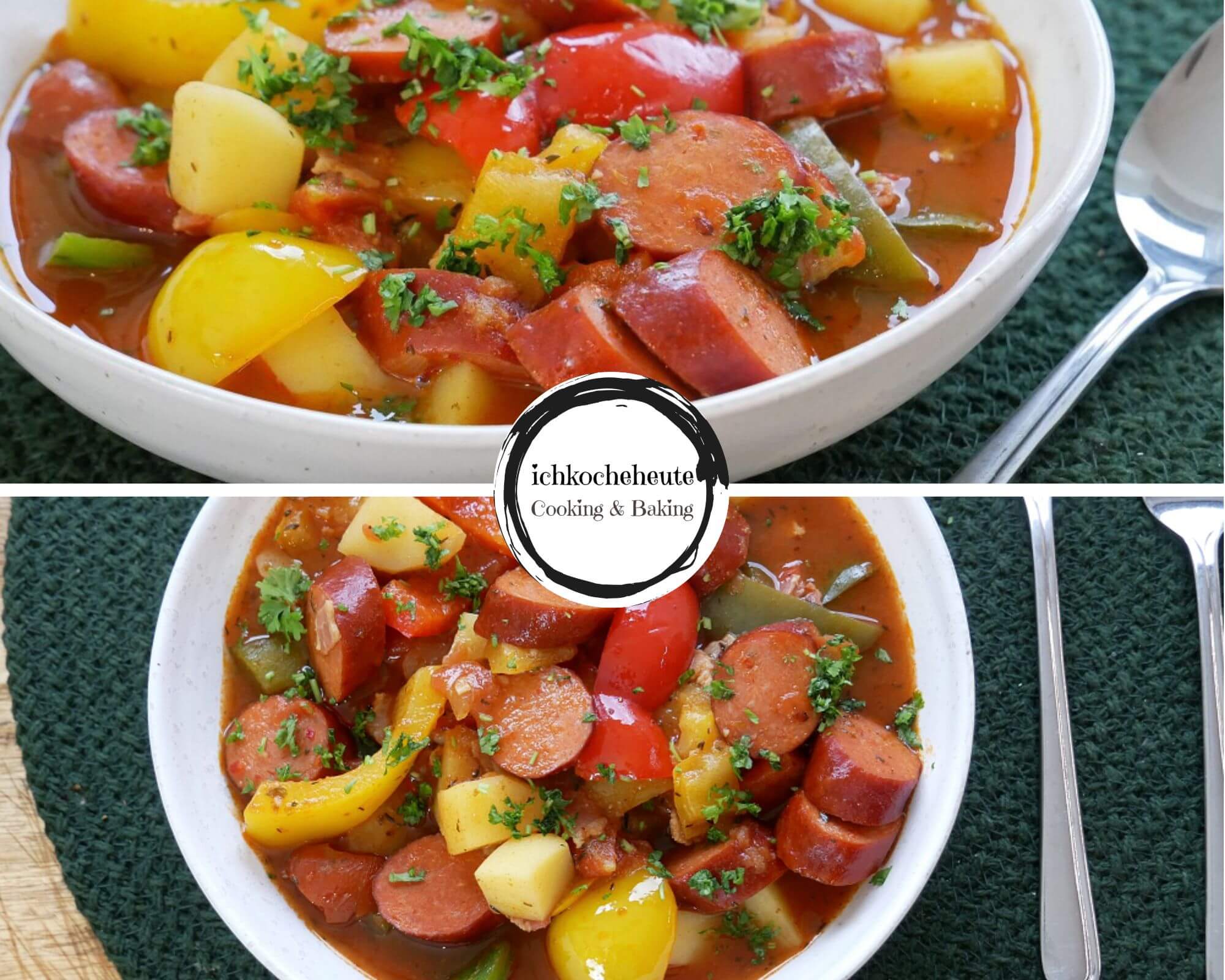 Stir the potato paprika stew well once, bring to the boil & then simmer for about 15 minutes – 20 minutes over low to medium heat until the potatoes are cooked. Finally, season with salt, pepper and possibly a little sugar to taste and serve.

Dish up the done potato paprika pot with cabanossi on deep plates, garnish with some chopped parsley & serve along with a dollop of sour cream or creme fraiche. Have fun cooking & Bon appetit!