Schnitzels are thin, boneless pieces of meat which are usually tenderized with a meat tenderizer or plating iron. Afterwards the meat will be floured, pulled through beaten eggs and finally turned in breadcrumbs.

Normally, the schnitzels are sautéed in plenty of butter lard or oil from both sides golden brown and crispy, but in today’s post I’ll show you how to bake them in the oven, which will work as well. Have fun cooking! 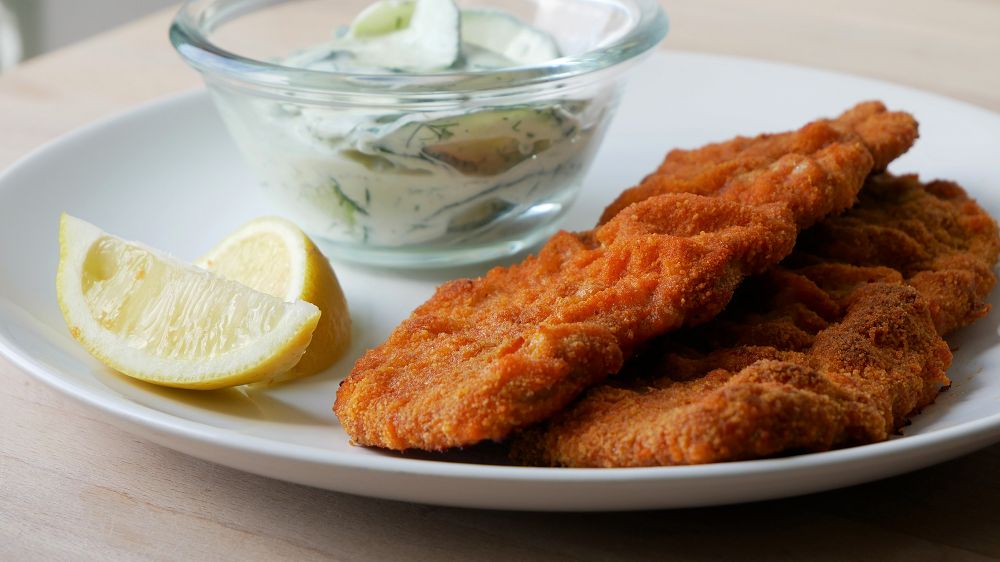 Ingredients for 4 Schnitzels with Cucumber Salad:

Preheat the oven to 200°C (top/bottom heat) in good time. Line a baking sheet with baking paper. Wrap pork cutlets in succession between 2 sheets of cling film and gently tenderize with a meat tenderizer or plate iron (alternatively with a small pan) until the meat surface has increased slightly. 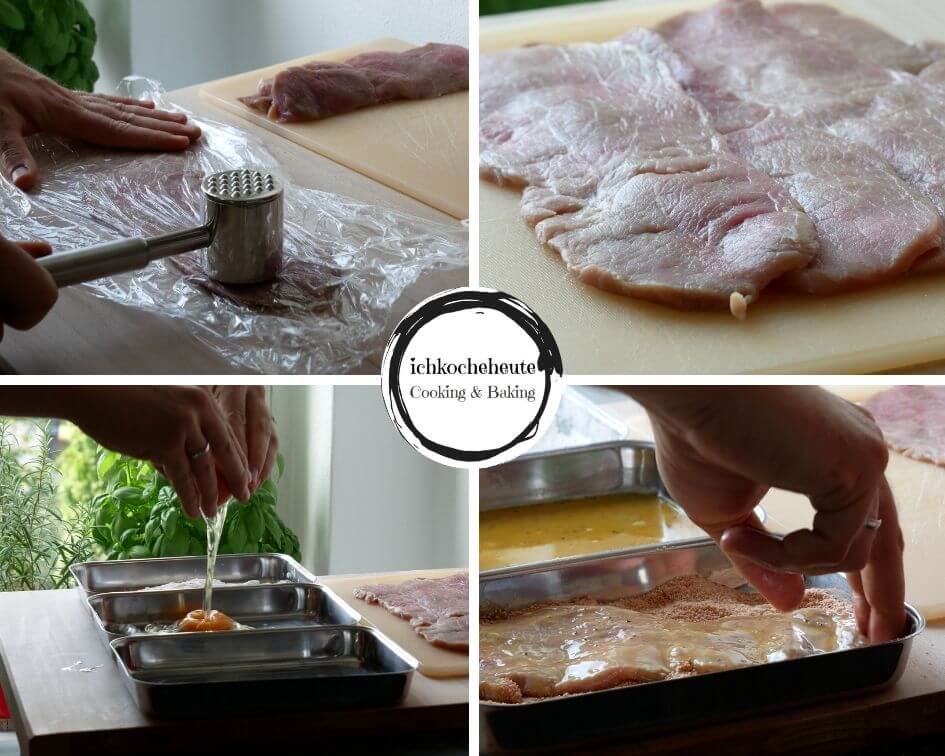 Provide 3 deep plates for the “breading line”, one plate with flour, another with 1 egg and the last with breadcrumbs. Season the egg with salt & pepper and then whisk up with a fork. Mix the breadcrumbs with 1 heaping teaspoon of paprika powder. 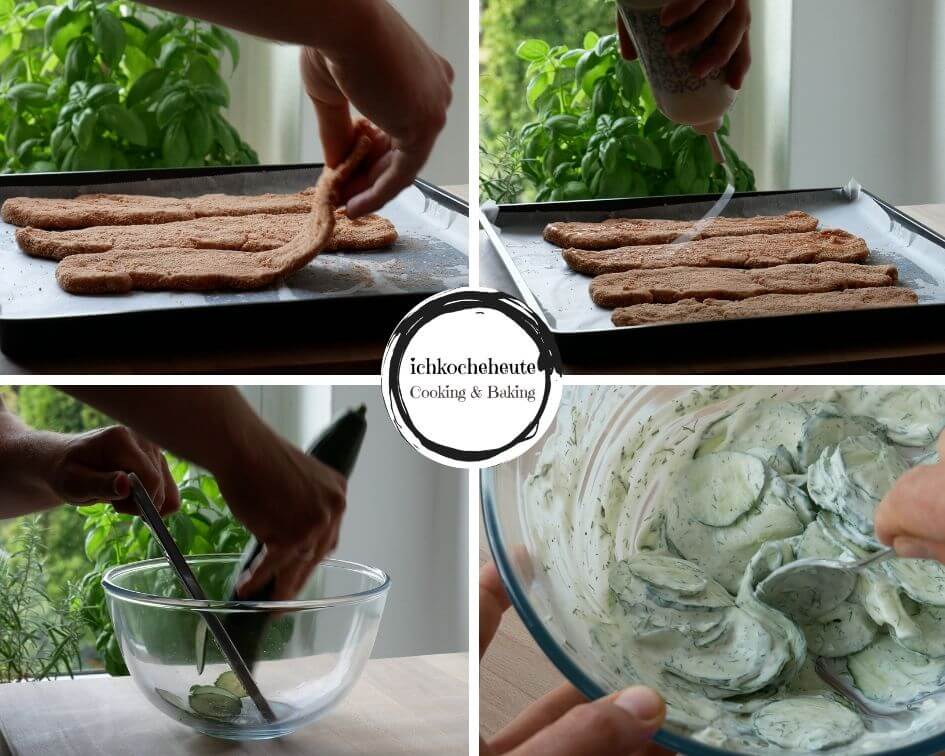 In the meantime wash 1 cucumber for the cucumber salad and slice it into thin slices with a grater or a vegetable slicer. Peel dill tips from 5 – 6 sprigs of dill, then finely chop & place in a mixing bowl with the cucumber slices. Peel off 1 clove of garlic, crush it with a garlic press & add to the cucumber slices along with 1 cup of sour cream and a dash of olive oil and white wine vinegar each.


Give everything a good stir until all ingredients are well combined & then season the cucumber salad with salt & pepper to taste. Get the done schnitzels out of the oven after about 15 minutes & serve along with cucumber salad & some lemon wedges. Alternatively a potato salad with bacon bits will also be a good sider for the schnitzels. Have fun cooking!