“Flammkuchen” Mini Pizzas are small yeast pastries similar to the white pizza that I presented to you a few months ago.

In this recipe, we use a mixture of heavy sour cream & grated cheese as well as bacon bits & spring onions as a topping. Have fun baking! 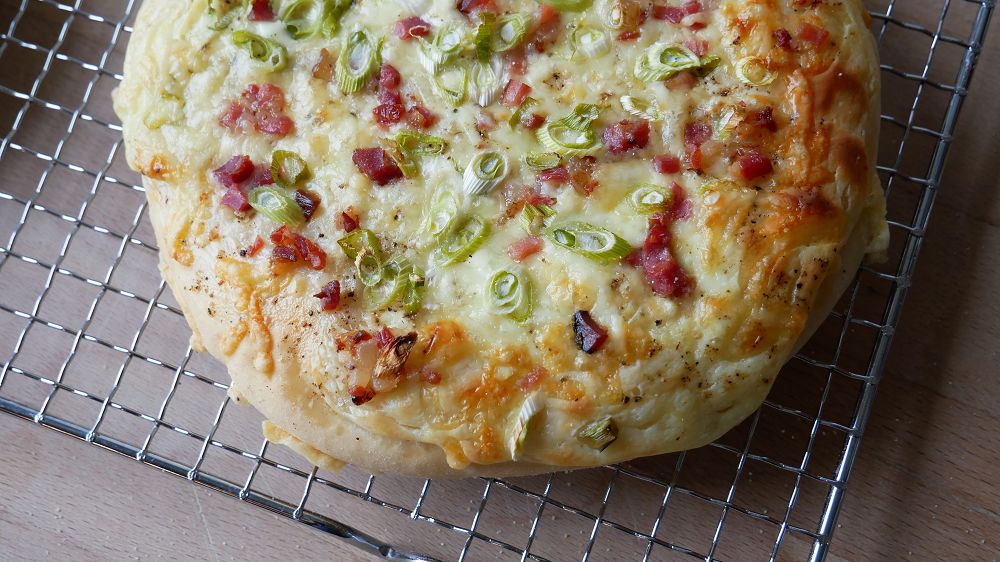 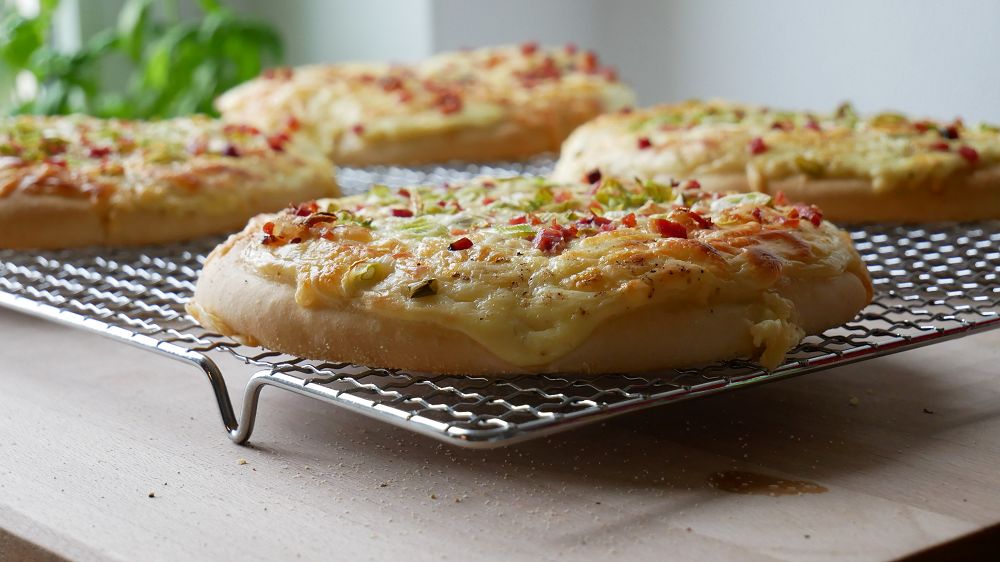 Crumble ¼ cubes of yeast into a tall container, add ½ teaspoon of sugar and 150 milliliters of lukewarm water and mix everything with a whisk or a fork until the yeast and sugar have completely dissolved. 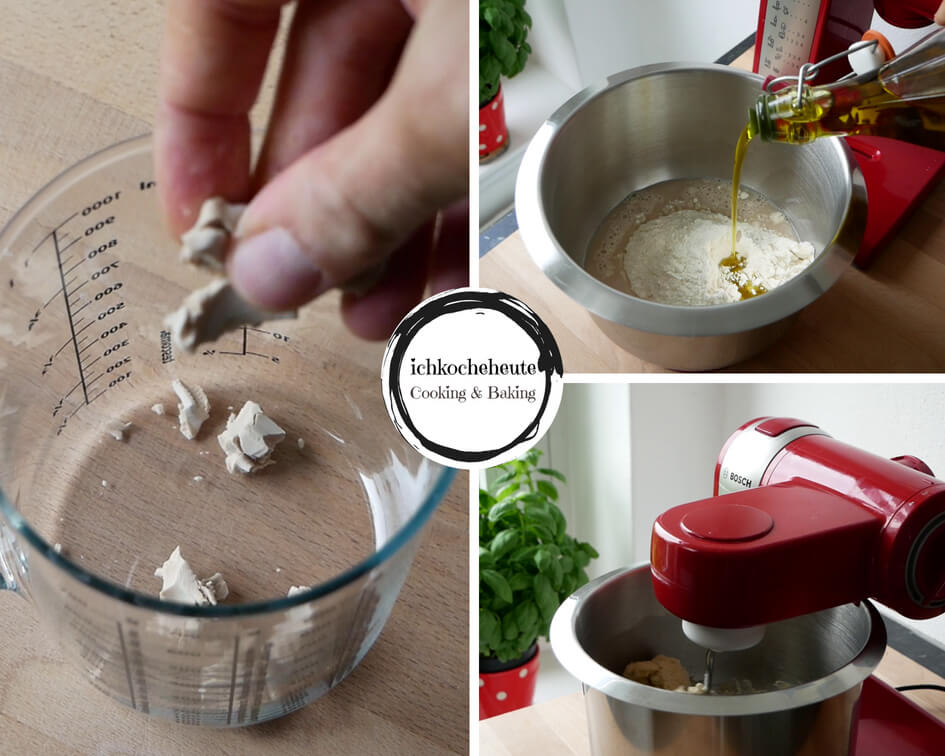 Then put the yeast-water mixture along with 300 grams flour, 25 milliliters olive oil & ½ teaspoon of salt to a mixing bowl and knead with your hands or a food processor for about 4 – 5 minutes until a smooth dough.


Divide the dough into 4 equal sized pieces, then form into small balls. Place the dough balls with a bit distance to each other on a lined baking tray & allow to rest covered with a kitchen towel for about 30 – 45 minutes.

Divide the dough into 4 equal sized pieces, form into small balls & then use a rolling pin to roll out to small dough sheets on a slightly floured work top.

Place the dough sheets with a bit distance to each other on a lined baking tray & allow to rest covered with a kitchen towel for about 30 – 45 minutes. 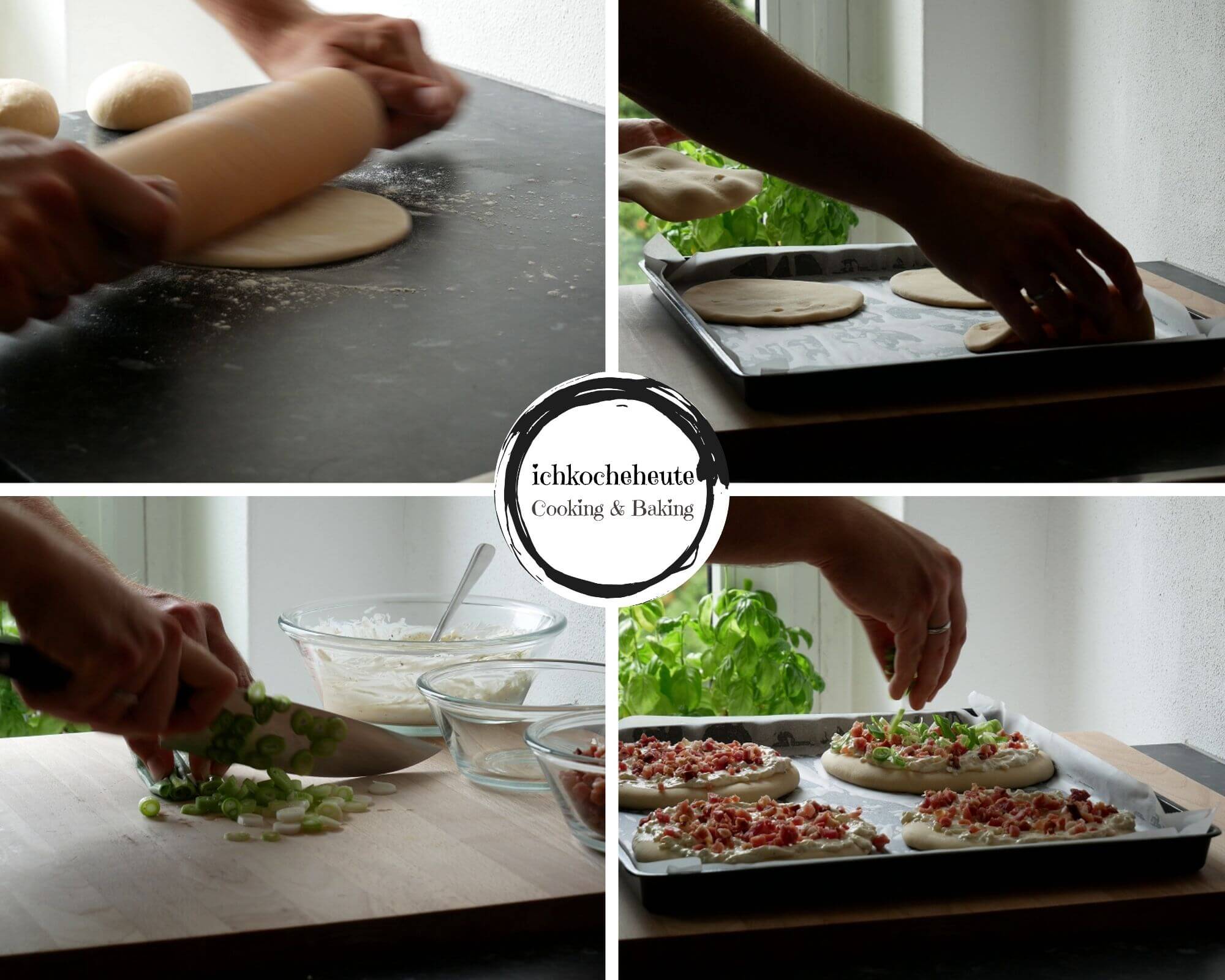 Preheat the oven to 200°C (top/bottom heat) in good time. Cut the spring onions into fine rings. Put 200 grams of heavy sour cream, 100 grams of grated cheese & a good pinch of salt and pepper in a bowl and stir together.


After the resting period, spread the dough sheets one by one with a heaping tablespoon of sour cream mixture & top with bacon bits and spring onions, then bake in the preheated oven for 15 – 20 minutes until golden. Have fun baking!