In the past I have already shown you some delicious recipes in which vegetables filled with a delicious stuffings, for example stuffed peppers with minced meat & feta.

In today’s post I will show you a simple & delicious recipe for stuffed mushrooms with creme fraiche, bacon & spinach leaves. The whole thing is then topped with cheese & baked in the oven until golden brown or gratinated. Have fun cooking at home! 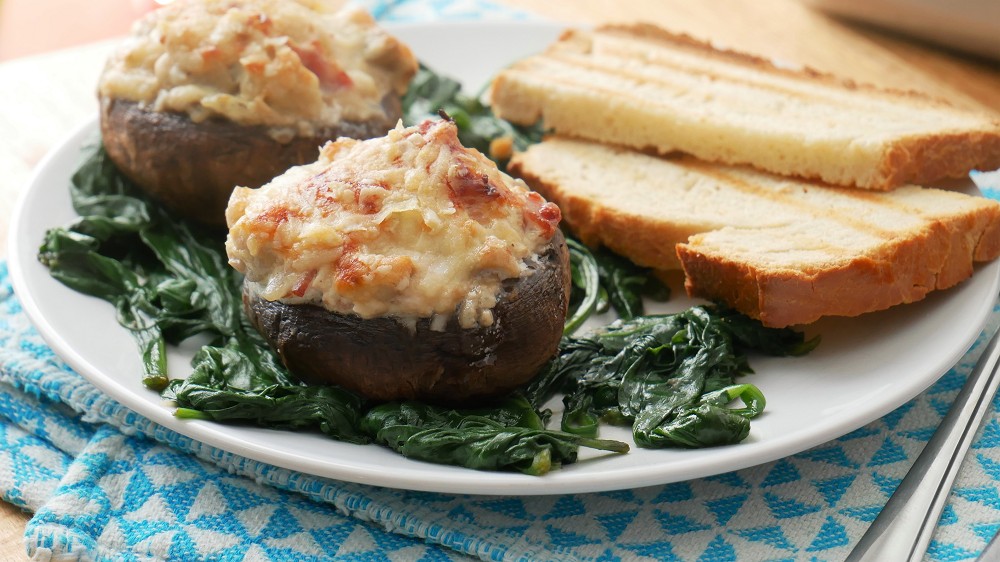 
…for stuffed mushrooms with spinach:

Wash the spinach leaves, then heat up a large pan with a piece of butter & gradually add the spinach leaves to the pan & allow to wilt over medium heat & occasionally turning. Put the wilted spinach leaves in a baking dish, add 1 pressed clove of garlic & season well with salt & pepper to taste. 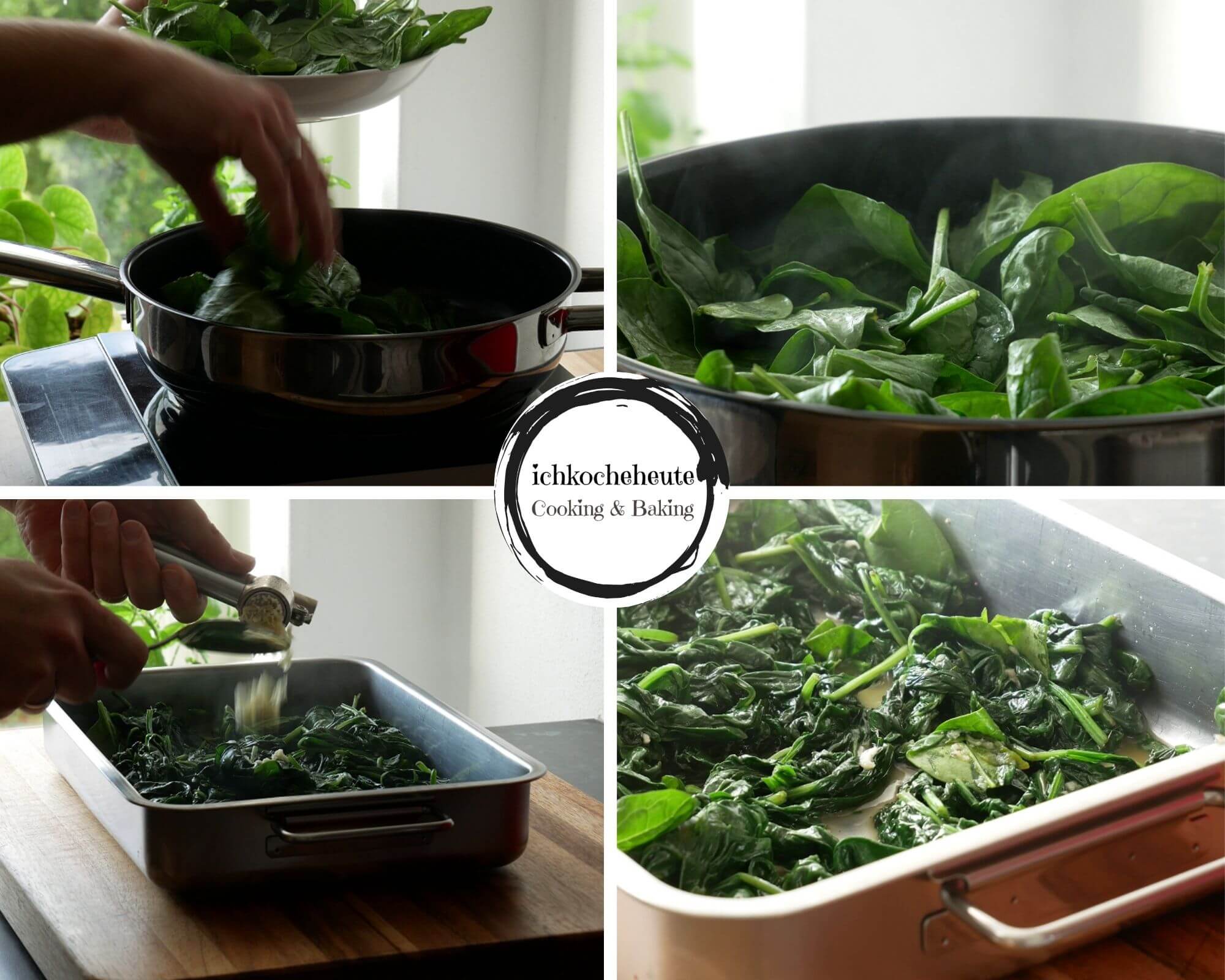 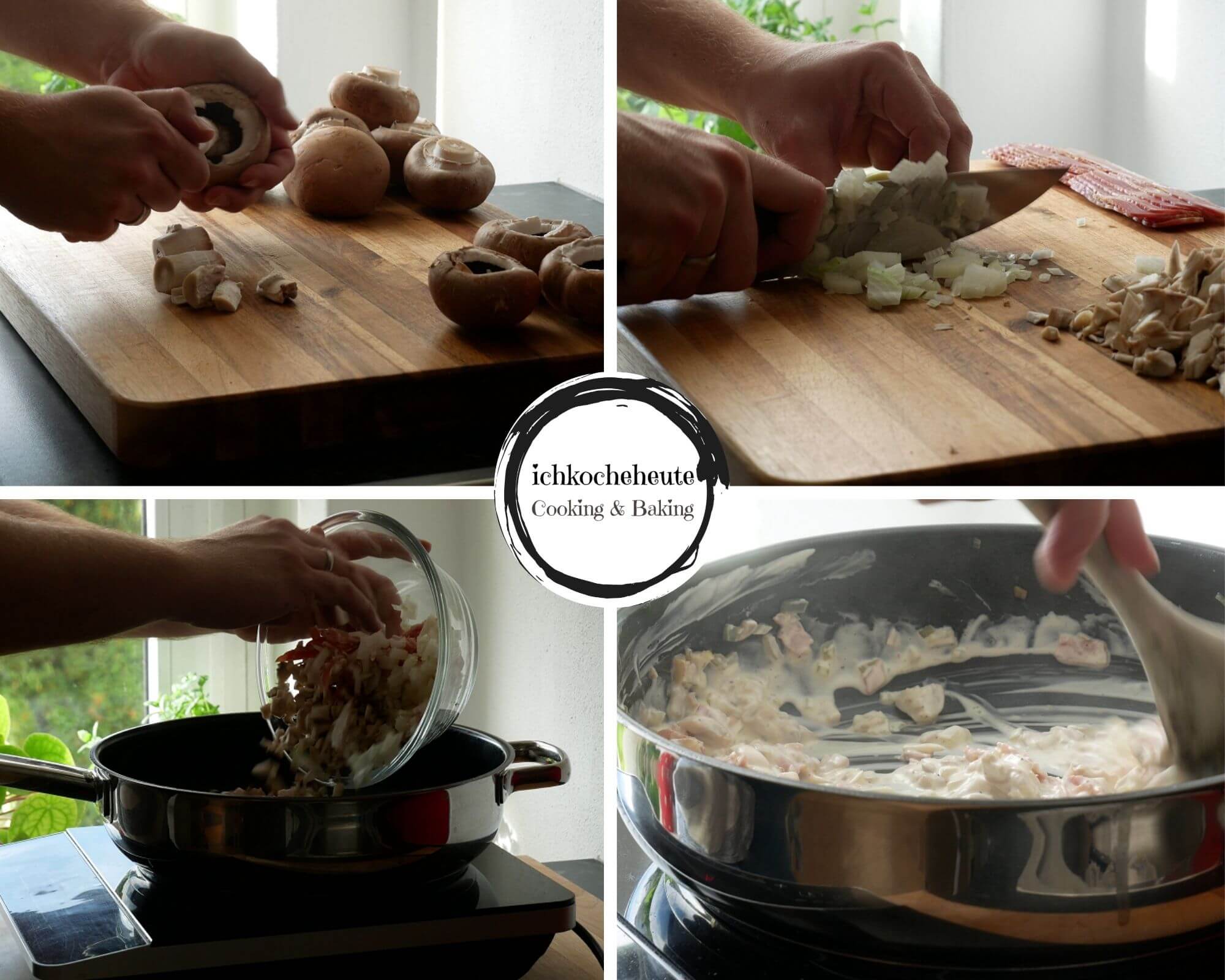 Finely chop the mushroom stems. Peel off a large onion & chop finely as well. Cut the bacon into fine strips. Then heat up a large pan with a dash of oil, add the mushroom stems, onions & bacon to the pan & sear over medium heat for 2 – 3 minutes, turning occasionally. 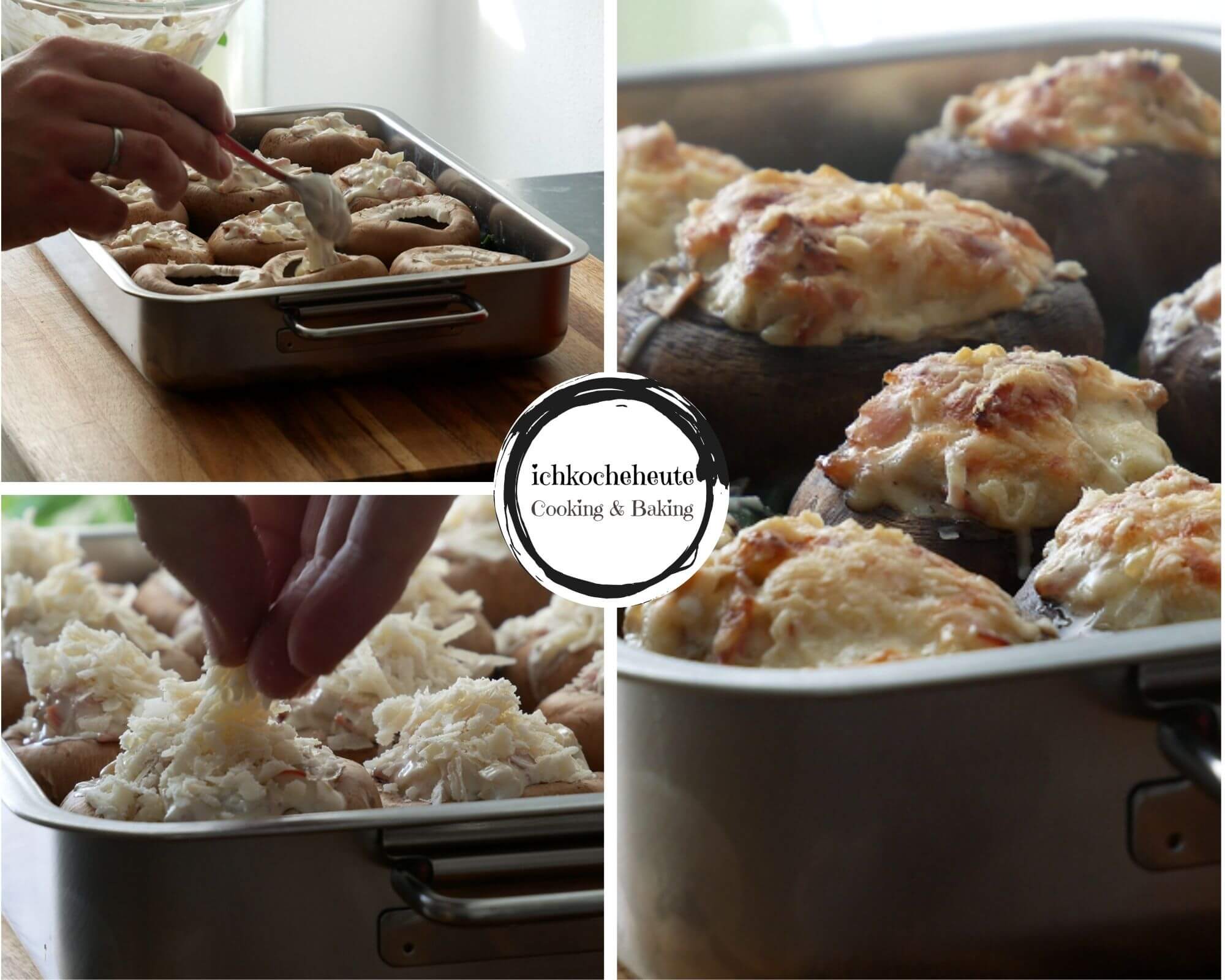 Finally season with salt & pepper to taste & stir in 200 grams of creme fraiche, then remove the pan from the heat & distribute the filling on the mushrooms & fill them with it. Finally sprinkle all mushrooms with a little grated Parmesan & bake in the preheated oven for about 25 – 30 minutes until golden brown. 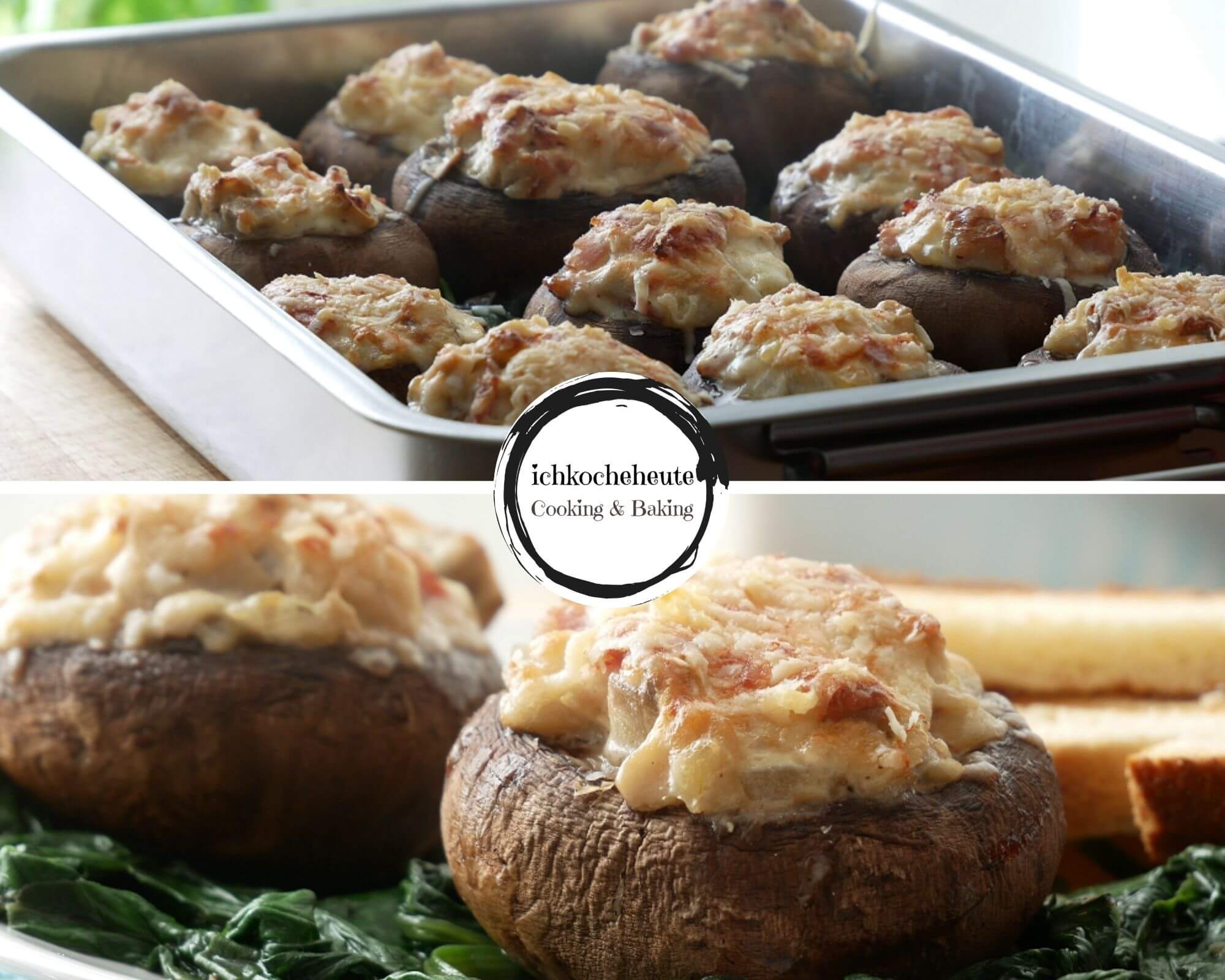 Take the finished mushrooms out of the oven, serve them on plates & dish up with toasted bread slices, for example. Have fun cooking at home!