In today’s post I will show you a delicious recipe for gratinated “Schnitzel” with vegetables & the whole thing very easily in the oven. For this recipe I used pork loin, but it is also possible to use chicken breast fillet, for example.

The vegetables (here mushrooms, peppers, tomatoes, onions & garlic) are mixed with spices, put in a baking dish and then cooked in the oven. The pork chops or the meat are added later & are baked at the end. Have fun trying out & cooking! 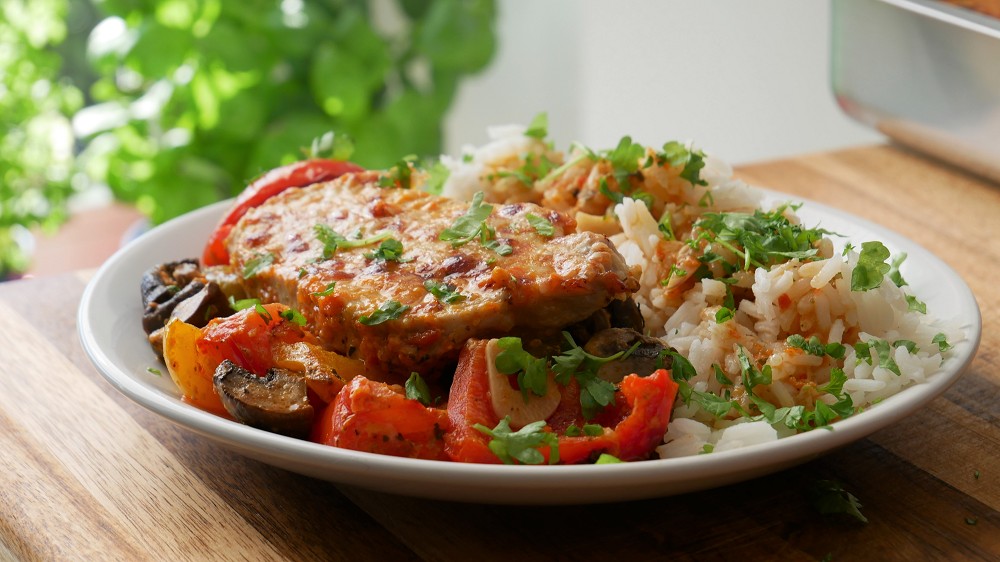 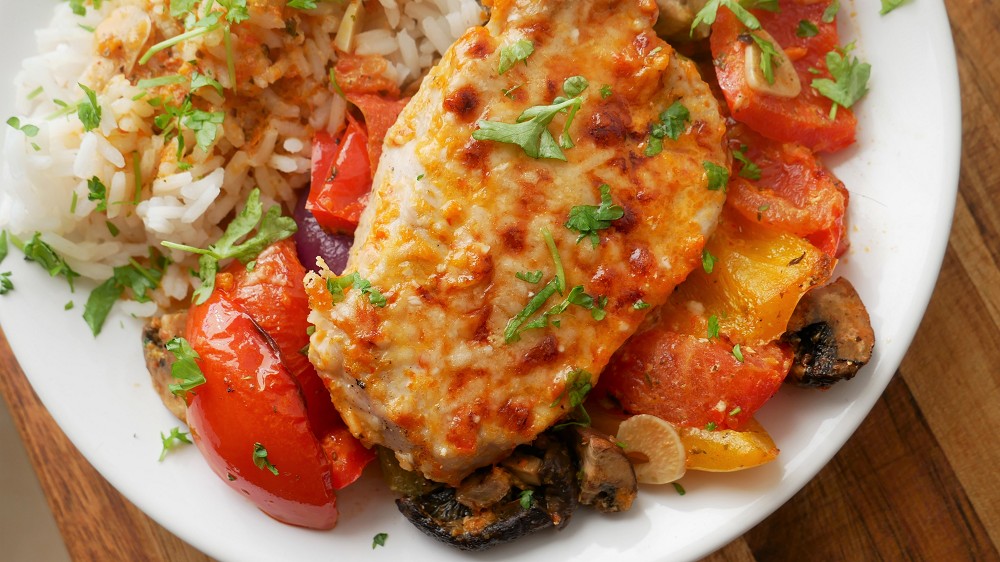 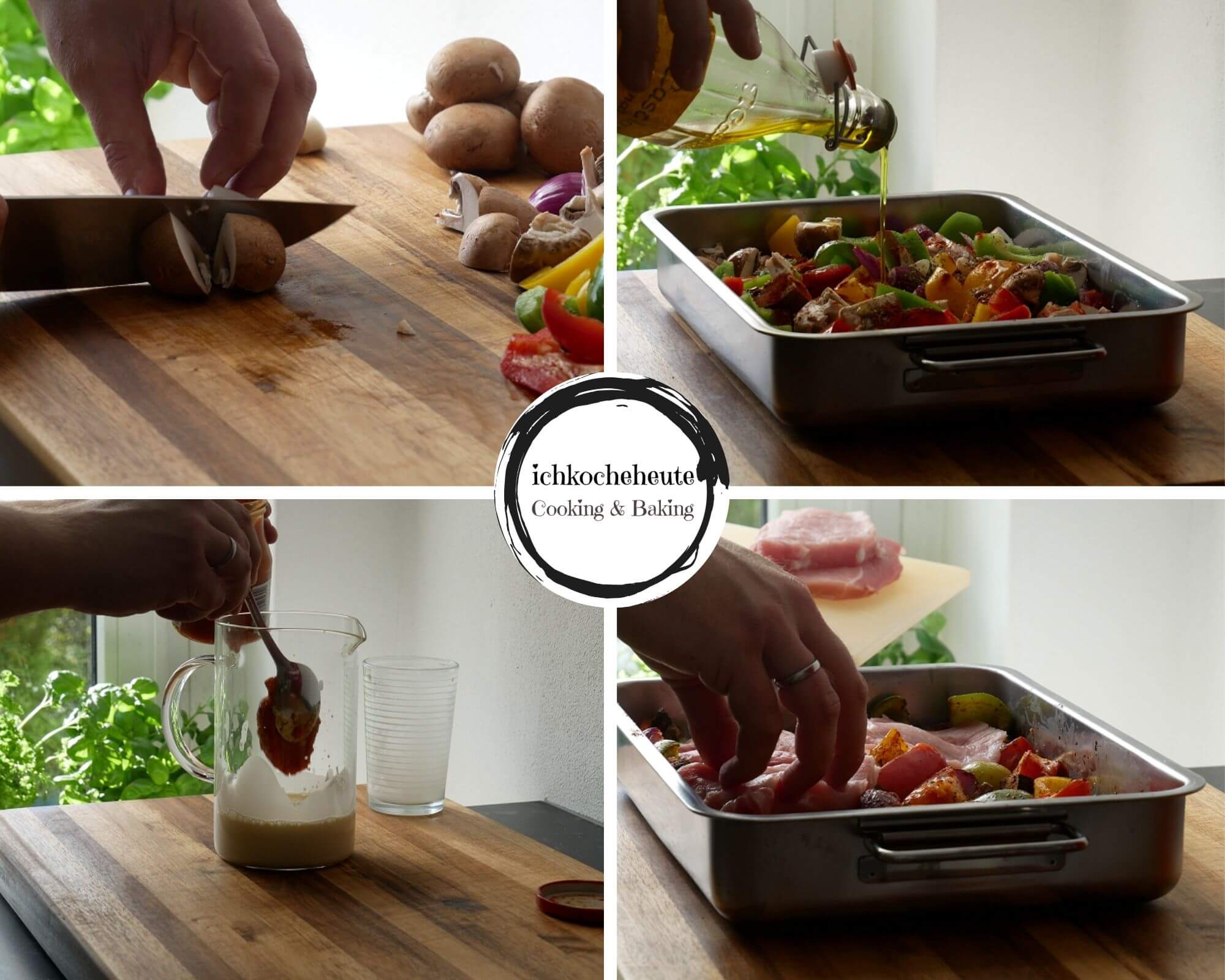 Then put the prepared vegetables in a suitable baking dish, season well with salt & pepper, also add 1 heaping teaspoon each of sweet paprika powder & oregano & finally add a good dash of olive oil to the veggies. Mix everything together well & then put the baking dish in the preheated oven for 30 – 35 minutes. 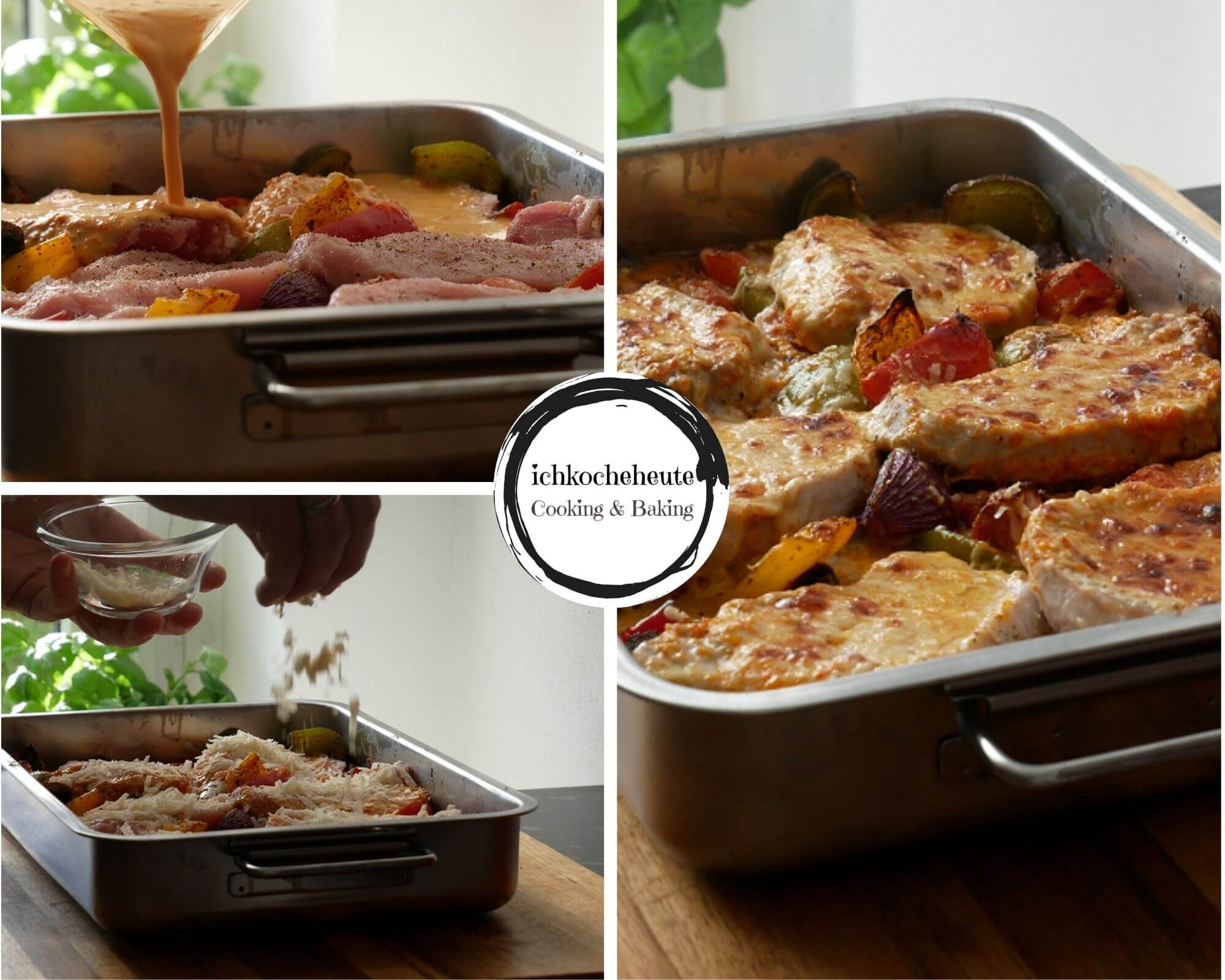 Take the vegetables out of the oven after approx. 35 minutes, now distribute the pork loin chops on top & pour the cream ajvar mixture over them. Finally, sprinkle all of them with grated Parmesan & put in the oven for another 20 – 25 minutes (depending on the thickness of the meat slices) & bake until the meat is done. If necessary, activate the grill function of the oven for the last 5 minutes. 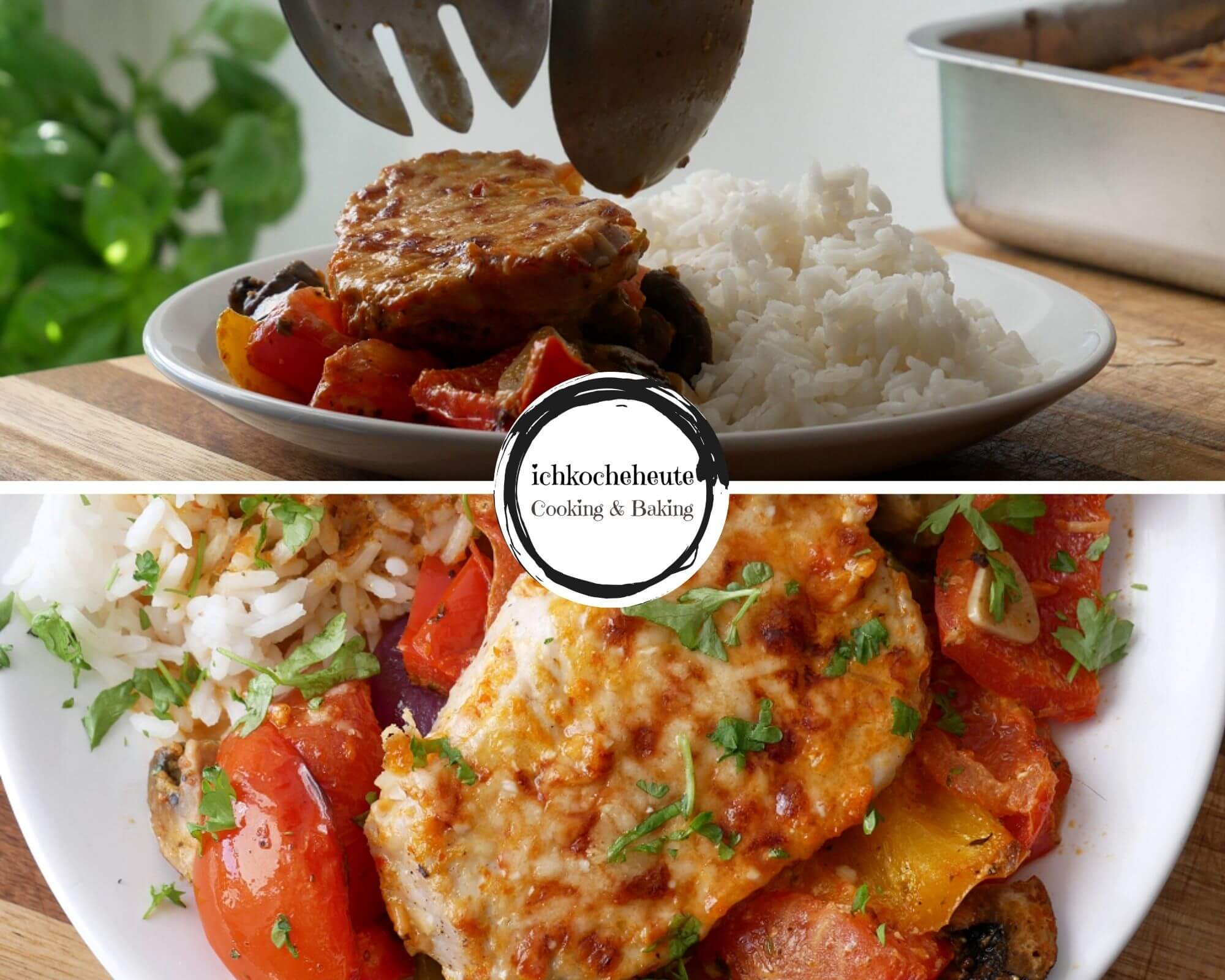 Take the oven baked pork chops with vegetables out of the oven, spread on plates & serve with cooked rice. Garnish with chopped parsley if necessary. Have fun cooking at home!