Hooray hooray autumn is here! It’s getting colder outside & the first pumpkins are available in the supermarkets. The classic in autumn: the pumpkin soup! Super easy to make & always delicious.

In today’s post, I’ll show you a quick recipe for pasta with pumpkin sauce, which is basically a kind of pumpkin soup, but with pasta, tomatoes and spinach leaves. Have fun cooking it! 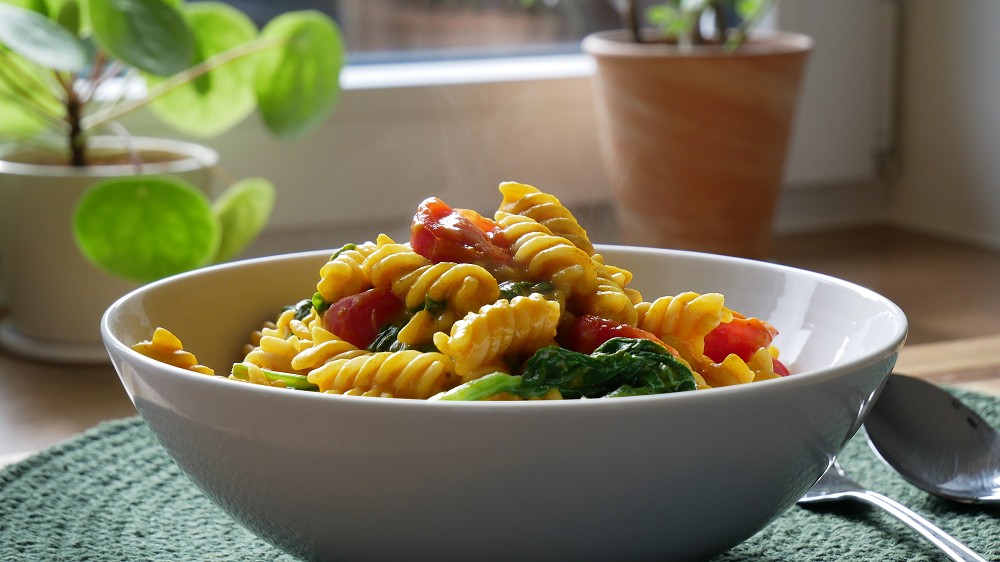 
…for Pasta with Pumpkin Sauce:

Peel and coarsely chop the onion & garlic. De-seed the pumpkin & also roughly cut into pieces. Heat a pot with a dash of oil, sauté the onions and garlic over medium heat for 2 – 3 minutes until translucent, turning occasionally. 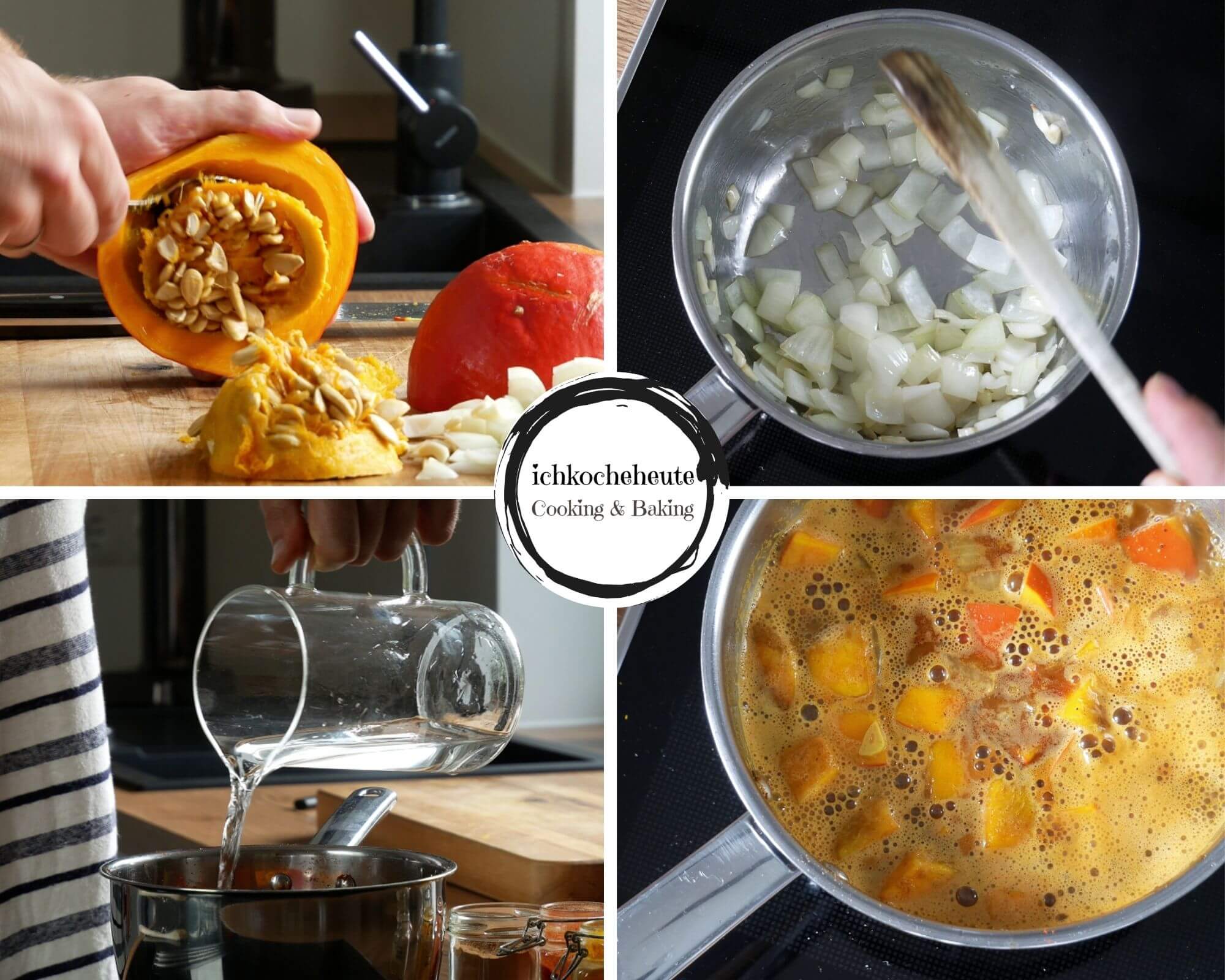 Then add the pumpkin pieces, also season with 1 teaspoon each of cumin, ground coriander, turmeric, paprika (sweet) & salt as well as ½ teaspoon of cinnamon and a good pinch of pepper. Mix everything together well, then pour in water until the pumpkin is completely covered with liquid.


Bring the contents of the pot to a boil & then simmer over low to medium heat, stirring occasionally, until the pumpkin is tender, 8 – 9 minutes. Meanwhile, bring a large pot of salted water to the boil & cook the pasta in it for 7 – 8 minutes or according to package directions until al dente, then drain over a colander. 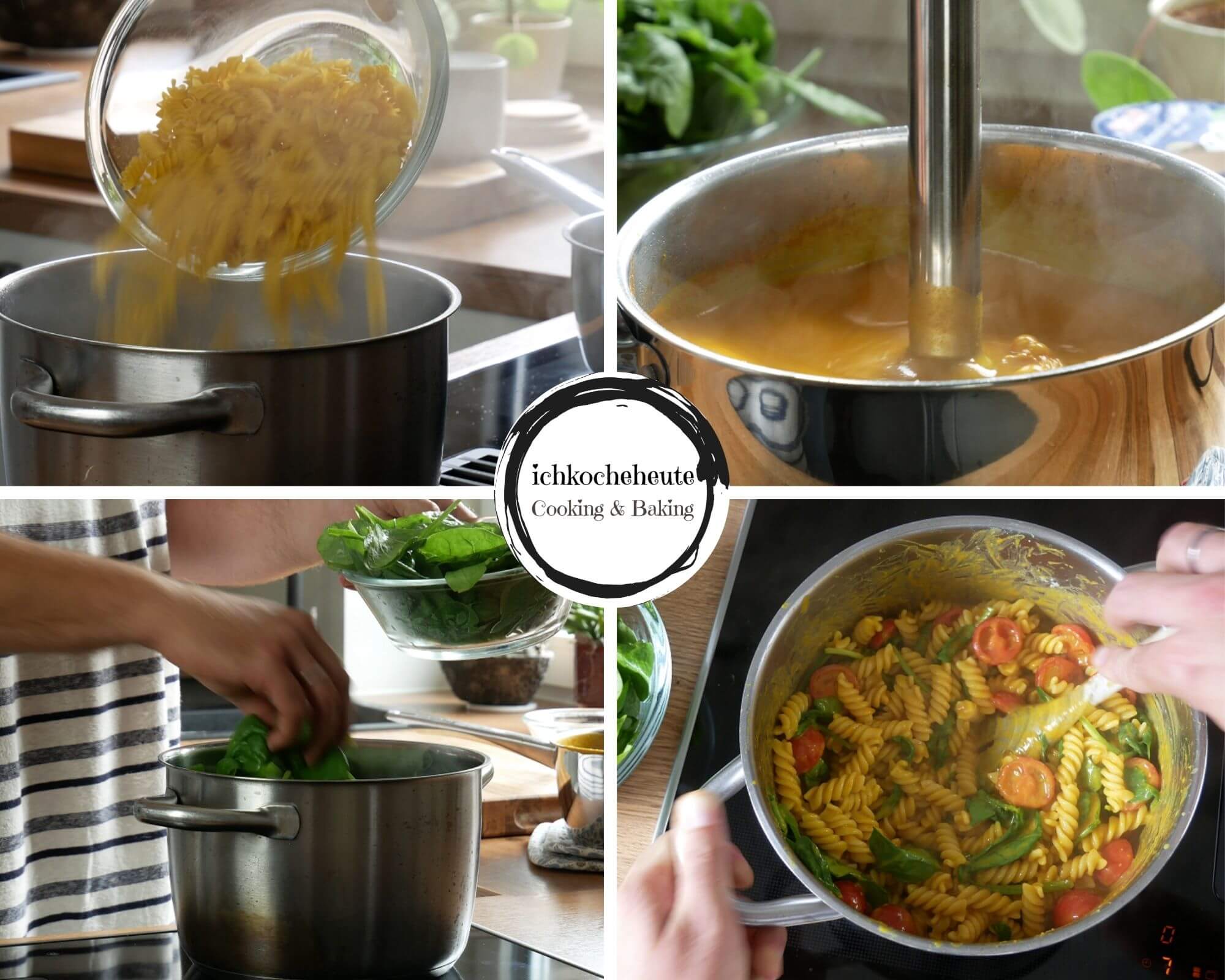 As soon as the pumpkin is cooked, remove the pot from the stove & puree with a hand blender for 1 – 2 minutes & process into a sauce. Season the pumpkin sauce with salt and pepper and stir in 1 tablespoon of crème fraiche.

Tip: If the pumpkin sauce is too creamy or too viscous, simply add some of the pasta cooking water. You can also use whipping cream instead of crème fraiche to taste. 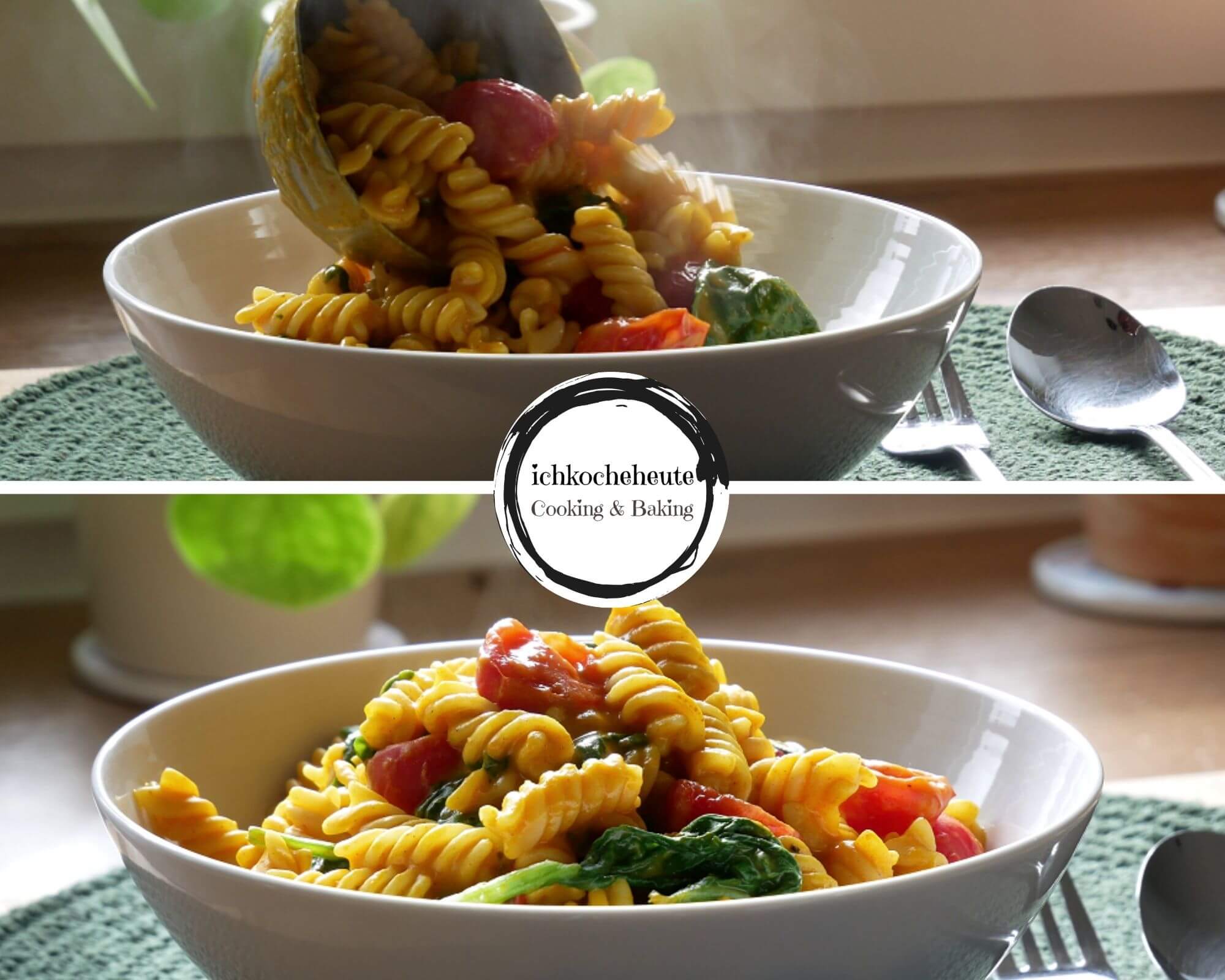 Finally, halve the small tomatoes and wash and dry the spinach leaves. Mix the drained pasta together with the pumpkin sauce, tomatoes & spinach, heat up briefly together on the stove until the spinach is wilted, then serve immediately. Have fun cooking!