Pasta always works, especially because everyone likes it and is usually quick to prepare. The absolute classic: Spaghetti Bolognese. But it doesn’t always have to be meat to cook a good bolognese sauce.

In today’s post I will show you a quick & vegetarian recipe for pasta with a delicious mushroom bolognese sauce. The ground meat is replaced by mushrooms and seasoned with soy sauce and Italian herbs. Have fun cooking! 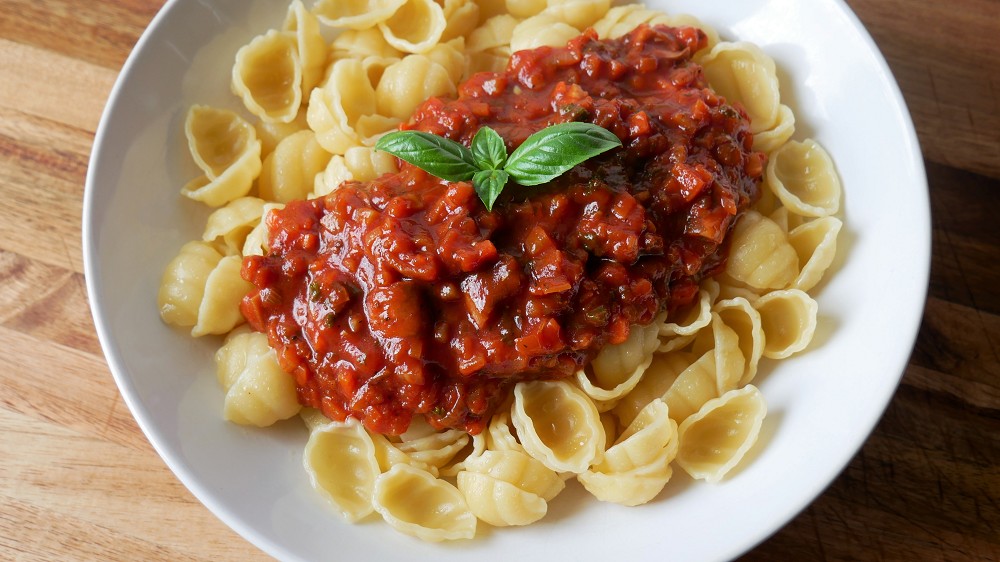 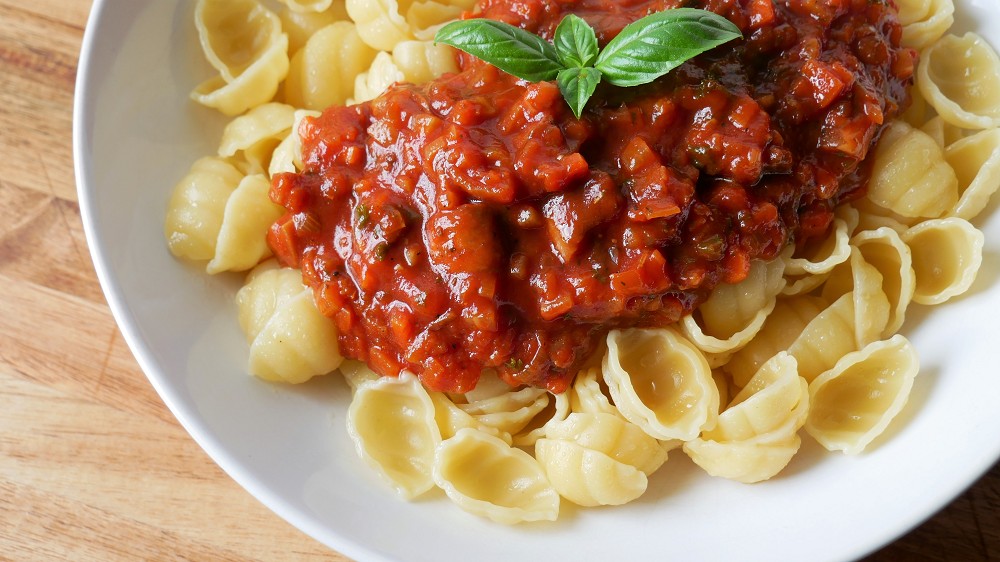 
…for pasta with mushroom bolognese sauce:

Heat up a large pan with a good dash of oil & brown the mushrooms over medium to high heat for 2 – 3 minutes, stirring occasionally. Then add the prepared vegetables & fry for another 3 – 4 minutes. When that’s done, stir in 1 heaping tablespoon of tomato paste & allow to roast briefly. 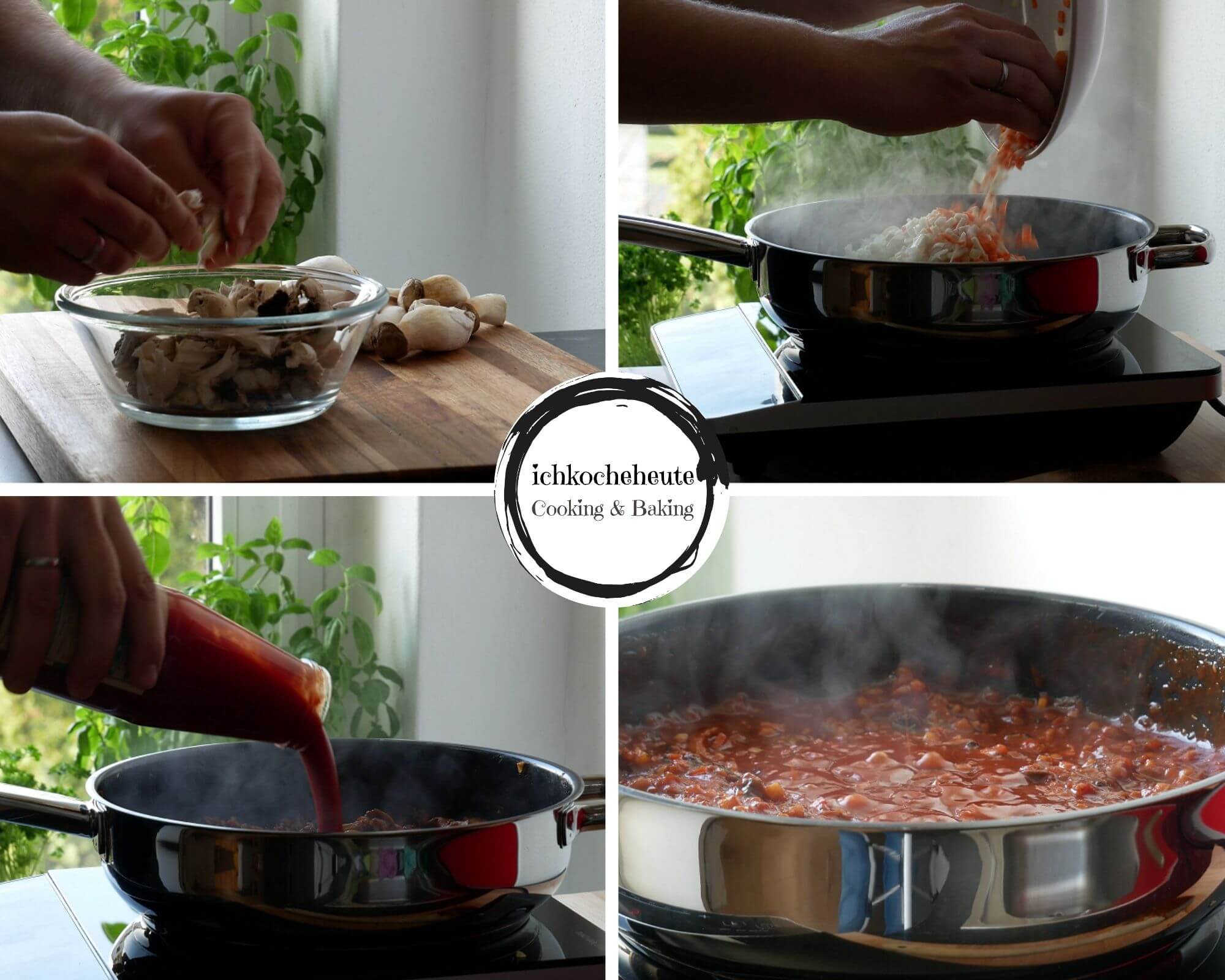 
While the sauce is simmering, bring a large pot with salted water to a boil & cook the pasta in it for 7 – 8 minutes or according to the package instructions, then drain over a pasta strainer. Finally, season the sauce with a good pinch of salt, sugar & pepper to taste & then remove from the stove. 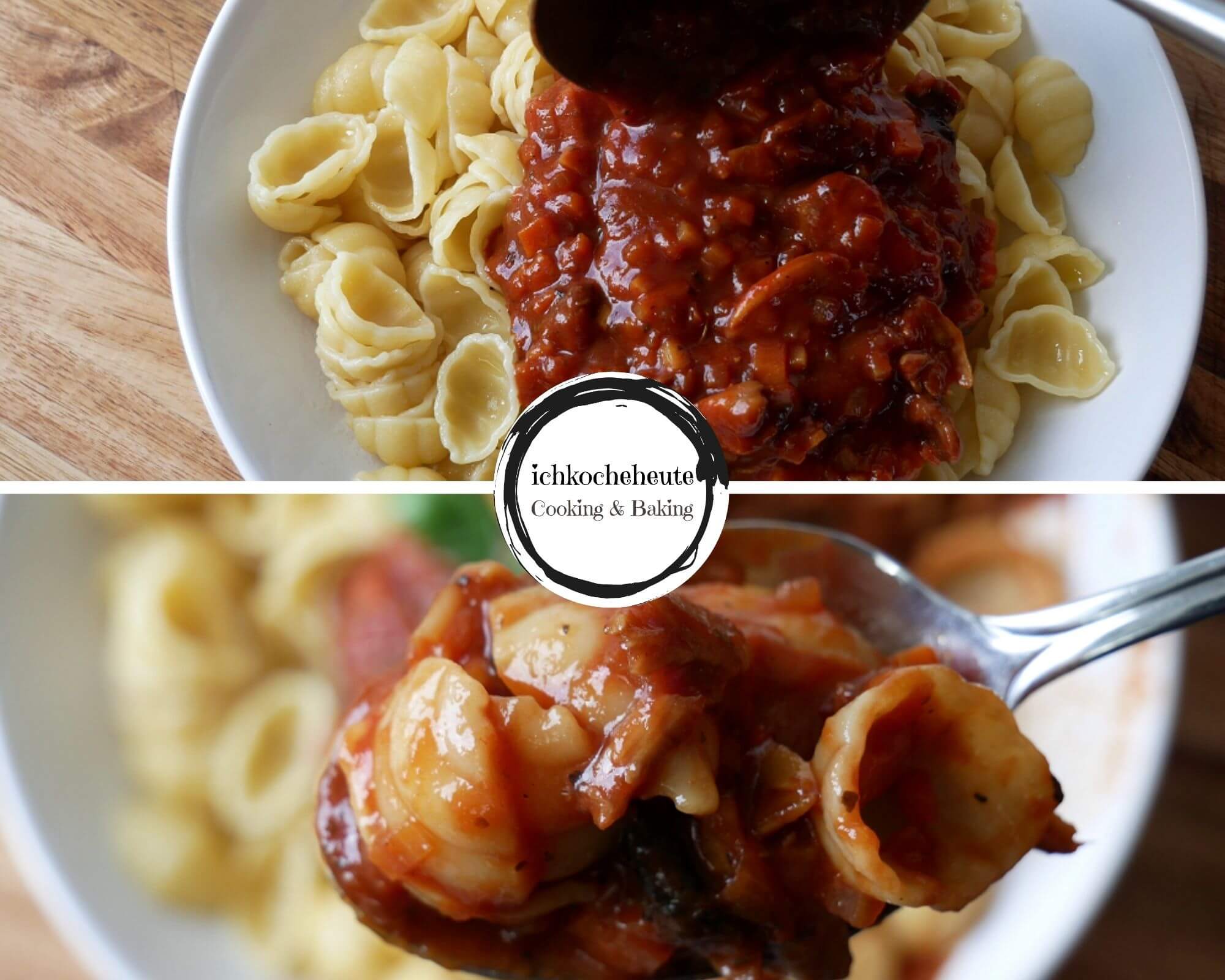 Dish up the done pasta on deep plates & serve with a few ladles of veggie mushroom bolognese sauce. Finally garnish with a little basil and serve. Have fun cooking!

One Reply to “Pasta with Veggie Mushroom Bolognese Sauce”